How to Feed 9.7 Billion People? CRISPR Gene Editing For Crops 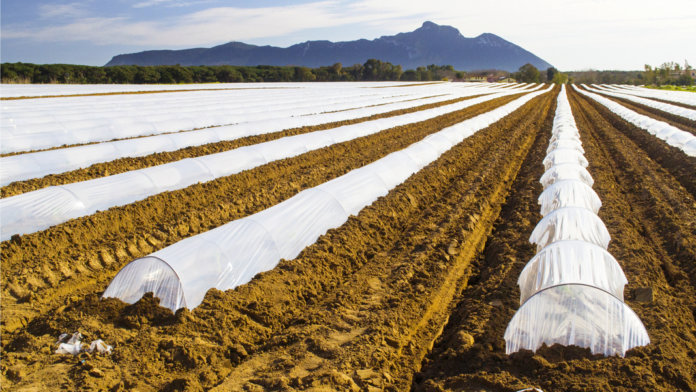 It’s no secret that we’re going to struggle to feed the rapidly expanding global population. New genome editing technologies could hold the answer, according to scientists.

The number of humans on this planet is expected to hit 9.7 billion by 2050, and crop demand is predicted to increase by 100 to 110 percent of 2005 levels over the same period. At the same time, the Intergovernmental Panel on Climate Change predicts that changing weather patterns will almost certainly have a negative impact on crop yields.

Traditional plant breeding approaches have managed to achieve impressive increases in crop yield in the past, but the process is laborious and can take decades to develop improved varieties. More recent genetically modified (GM) crops have resulted in further improvements by transplanting genes from one organism to another.

Now the emergence of the gene-editing tool CRISPR/Cas9 is making it possible to precisely edit the native DNA of organisms with the potential to dramatically increase crop yields. In a recent commentary in the journal Science, Armin Scheben and David Edwards from the University of Western Australia say we should embrace the opportunity.

Unlike previous approaches to GM crops that introduce foreign DNA into an organism, genome editing achieves much the same outcome as selective breeding—but in a much faster and more selective way and without having to rely on natural genetic variation.

It effectively acts like a find-and-replace tool in a word processor, allowing researchers to target very specific sections of DNA and delete or substitute them. Aside from allaying some people’s fears about ‘Frankenstein food,’ the approach is also cheaper, easier and more precise than earlier approaches.

Importantly, it allows scientists to edit multiple targets simultaneously, which allows what is known as “trait stacking” and manipulation of complex gene networks related to things like drought tolerance.

“Many simple trait improvements involving few genes have likely already been made in staple crops, so that trait stacking and more complex modification of gene networks is required to further enhance global yields,” write the researchers.

The commentary highlights several promising lab demonstrations of how genome editing can be used to enhance pest resistance and drought tolerance in crop plants. There have even been field tests of tomato plants modified to flower and crop early, which demonstrates the possibility of shifting harvest times to match changing climate patterns.

Further down the line, genome editing may even make it possible to precisely engineer more complex traits, such as photosynthesis efficiency. A 2015 study in Cell showed that supercomputers are making it possible to model the entire photosynthetic pathway and identify bottlenecks that could be targeted by genetic engineering.

But it could be a long time for these innovations to translate into yield boosts. “Anything we discover in the lab now won’t be in a farmer’s field for 20 to 30 years,” lead author Stephen Long, a plant biologist at the University of Illinois at Urbana-Champaign (UIUC) told Sci Dev.

Part of the problem is that while we can now easily target genetic changes, we don’t actually understand the genomes of most crops well enough to know what parts to target.

“Despite the wealth of genomic data available for major crops, researchers have yet to broadly connect genotype with phenotype information, model the behavior of gene networks, characterize regulatory elements, and develop databases to integrate and analyze this information,” write Scheben and Edwards.

This means more basic research into plant biology will be needed before the full promise of genome editing can be realized. Even then, the technology may run into other obstacles, not least fears around GM crops and associated regulation.

The technology is so new that few countries have clear policies to deal with genome-edited crops. Whether regulations end up lumping them in with GM crops, classing them the same as selectively bred varieties or giving them their own designation is likely to have a major impact on their adoption.

An editorial in Nature last year called for regulators to look at the product rather than the technology, pointing out that the approach achieves the same outcomes as selective breeding, just much faster. Key to that will be making a clear distinction between GM crops and genome-edited ones, particularly in the public sphere.

“Transparency and accuracy on the part of scientists and researchers will help to dispel negative or stigmatizing perceptions of genome-edited crops and hopefully pave the way for sensible policies for their regulation and use,” said the editorial.