This Is the Dawn of Brain Tech, But How Far Can It Go? 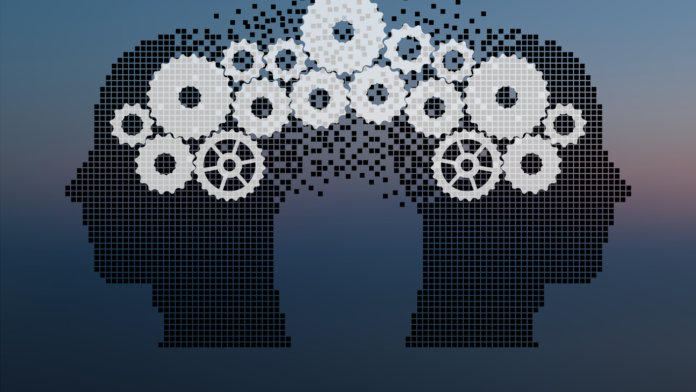 What distinguishes Elon Musk’s reputation as an entrepreneur is that any venture he takes on comes from a bold and inspiring vision for the future of our species. Not long ago, Musk announced a new company, Neuralink, with the goal of merging the human mind with AI. Given Musk’s track record of accomplishing the seemingly impossible, the world is bound to pay extra attention when he says he wants to connect our brains to computers.

Neuralink is registered as a medical company in California. With further details yet to be announced, it will attempt to create a “neural lace,” which is a brain-machine interface that can be implanted directly into our brains to monitor and enhance them.

In the short run, this technology has medical applications and may be used to treat paralysis or diseases like Parkinson’s. In the coming decades, it could allow us to exponentially boost our mental abilities or even digitize human consciousness. Fundamentally, it is a step towards the convergence of humans and machines and maybe a leap in human progress—one that could address various challenges we face.

Musk isn’t the first or only person who wants to connect brains to machines. Another tech entrepreneur, Bryan Johnson, founded startup Kernel in 2016 to similarly look into brain-machine interfaces, and the scientific community has been making strides in recent years.

Earlier this month, researchers in Switzerland announced paralyzed primates could walk again with the assistance of a neuroprosthetic system. And CNN reported a man paralyzed from the shoulders down regained use of his right hand with a brain-machine interface.

The past few years have seen remarkable developments in both the hardware and software of brain-machine interfaces. Experts are designing more intricate electrodes while programming better algorithms to interpret the neural signals. Scientists have already succeeded in enabling paralyzed patients to type with their minds, and are even allowing brains to communicate with one another purely through brainwaves. So far, most of these successful applications have been in enabling motor control or very basic communication in individuals with brain injuries.

There remain, however, many challenges to ongoing developments of BMIs.

For one, the most powerful and precise BMIs require invasive surgery. Another challenge is implementing robust algorithms that can interpret the complex interactions of the brain’s 86 billion neurons. Most progress has also been one-directional: brain to machine. We have yet to develop BMIs that can provide us with sensory information or allow us to feel the subjective experience of tactile sensations such as touch, temperature or pain. (Although there has been progress giving prosthetics-users a sense of touch via electrodes attached to nerves in their arm.)

There is also the general challenge that our understanding of the brain is in its infancy. We have a long way to go before we fully understand how and where various functions such as cognition, perception and self-awareness arise. To enhance or integrate machines with these functions, we need to understand their physical underpinnings. Designing interfaces that can communicate with individual neurons and safely integrate with existing biological networks requires a great amount of medical innovation.

However, it’s important to remember this technology is rapidly advancing.

The rise of cyborgs

Hollywood often depicts a dystopian future where machines and humans go to war. Instead, however, we are seeing hints of a future where human and machine converge.

In many ways, we are already cyborgs.

Futurists like Jason Silva point out that our devices are an abstract form of brain-machine interface. We use smartphones to store and retrieve information, perform calculations and communicate with each other. According to philosophers Andy Clark and David Chalmers’ theory of the extended mind, we use technology to expand the boundaries of the human mind beyond our skulls. We use tools like machine learning to enhance our cognitive skills or powerful telescopes to enhance our visual reach. Technology has become a part of our exoskeleton, allowing us to push beyond our limitations.

Musk has pointed out that the merger of biological and machine intelligence may also be necessary if we are to remain “economically valuable.” Brain-machine interfaces could allow us to better reap the benefits of advancing artificial intelligence. With increasing automation of jobs, this could be a way to keep up with machines that perform tasks far more efficiently than we can.

Technologist Ray Kurzweil believes that by 2030s we will connect the neocortex of our brains to the cloud via nanobots. He points out that the neocortex is the source of all “beauty, love and creativity and intelligence in the world.” Notably, due to his predictive accuracy, Kurzweil has been referred to by Bill Gates and others as the best predictor of future technologies.

Whether Kurzweil is right or things take longer than expected, our current trajectory suggests we’ll get there eventually. What might such a future look like when it arrives?

We could scale our intelligence and imagination a thousand-fold. It would radically disrupt how we think, feel and communicate. Transferring our thoughts and feelings directly to others’ brains could re-define human sociality and intimacy. Ultimately, uploading our entire selves into machines could allow us to transcend our biological skins and become digitally immortal.

The implications are truly profound, and many questions remain unanswered. What will the subjective experience of human consciousness feel like when our minds are digitized? How will we prevent our digital brains from getting hacked and overwritten with unwanted thoughts? How do we ensure access to brain-machine interfaces for all, not just the wealthy?

As Peter Diamandis says, “If this future becomes reality, connected humans are going to change everything. We need to discuss the implications in order to make the right decisions now so that we are prepared for the future.”