The Future of Food: To GMO or Not To GMO? 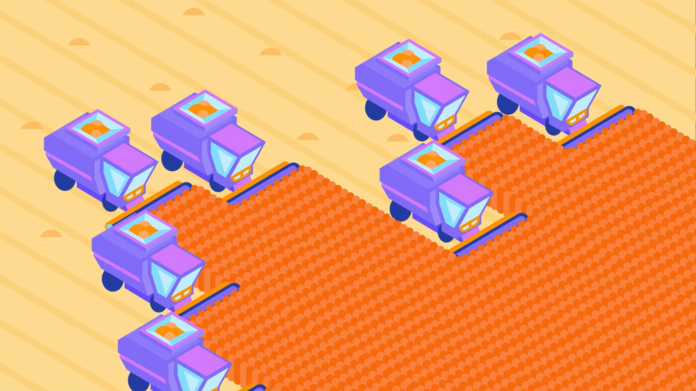 An organic diet has never been more in style than it is right now, with millions of consumers willing to shell out extra dollars for organic foods. Most of us have a vague idea that organic is better because it’s more natural and free of genetically modified organisms (GMOs) and pesticides.

But what does “natural” even mean? The line is harder to draw than we may think.

Earth’s population has more than doubled since 1960, and the UN estimates it will reach 9.7 billion by 2050. GMOs already play a role in feeding extra mouths, and if we let it, that role may grow. Yet they are also still a source of controversy, and there are both valid concerns and misconceptions.

How different is food from GM crops as compared to food from non-GM crops?

Humans have been “genetically modifying” plants and animals for thousands of years. Five hundred years ago, say a farmer noticed some corn was a little sweeter. To replicate that flavor, the farmer might select those seeds for the next crop. That new trait came about by random genetic mutation, and establishing a noticeably sweeter flavor using selective breeding would take years, if not decades.

Genetic engineering does much the same thing—discovering and introducing genes that yield desired traits—but in a faster and more accurate way than selective breeding.

Some GM foods, like BT crops, are engineered to contain a form of pesticide, which means they don’t need to be sprayed with chemical pesticides. Eating food that produces a pesticide sounds scary, but as the video notes, pesticide doesn’t always mean it is inedible or harmful to humans. Many substances harm insects or animals, but not humans—coffee is one example.

And there are examples of pesticide-resistant GMOs having a tangible positive impact on people. When eggplant farmers in Bangladesh began to get sick from using too much chemical pesticide, for example, they implemented BT and were able to reduce pesticide use by 80 percent.

Much of the backlash against GMOs is less about genetic engineering and more about the business practices of the corporations that control our food supply. GMO crops have been a money-maker for herbicide companies—and as crops have been modified to be herbicide-resistant, herbicide use increases. For companies making GMO seeds and associated herbicides, that’s a lot of power over something as critical as how we feed ourselves.

And perhaps we need to be particularly careful when it comes to genetically modified anything, to thoroughly vet it for harm to humans and ecosystems. Once the genie’s out of the bottle, many worry we might not be able to get it back in again.

As we continue to confront and sort out the ethics of it all, however, we can’t neglect the potential good that genetic engineering may bring. We might even look beyond pests and weeds in the future. Plants could be engineered to produce more nutrients to improve our diet or to be more resilient to climate change, or even to protect the environment instead of just reducing agriculture’s impact on it.

GMOs are part of the larger genetic engineering debate, which is only going to intensify. New techniques are getting easier, cheaper, and more precise by the year. Tech can do damage or be a force for good; the real trick is weighing risk and benefit impartially and making choices that steer us in the right direction.