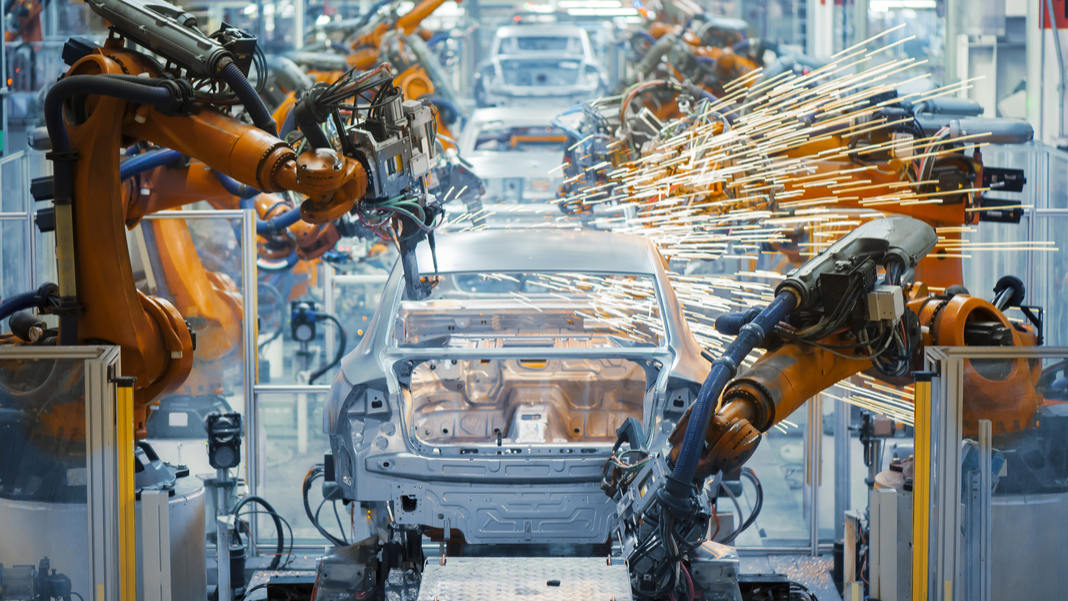 The robots are coming.

Actually, they’re already here. Machines are learning to do tasks they’ve never done before, from locating and retrieving goods from a shelf to driving cars to performing surgery. In manufacturing environments, robots can place an object with millimeter precision over and over, lift hundreds of pounds without getting tired, and repeat the same action constantly for hundreds of hours.

But let’s not give robots all the glory just yet. A lot of things that are easy for humans are still hard or impossible for robots. A three-year-old child, for example, can differentiate between a dog and a cat, or intuitively scoot over when said dog or cat jumps into its play space. A computer can’t do either of these simple actions.

That’s the question engineers at Veo Robotics are working to answer. At Singularity University’s Exponential Manufacturing Summit last week, Clara Vu, Veo’s cofounder and VP of Engineering, shared some of her company’s initiatives and why they’re becoming essential to today’s manufacturing world.

“Our system…essentially gives a robot arm ‘eyes and a brain,'” Vu said. “Our system can understand the space, see what’s around the robot, reason about it, and then control the robot so [it] can safely interact with people.”

If you think about it, we humans are pretty amazing creatures. Vu pointed out that the human visual system has wide range, precise focus, depth-rich color, and three dimensions. Our hands have five independently-articulated fingers, 29 joints, 34 muscles, and 123 tendons—and they’re all covered in skin, a finely-grained material sensitive to force, temperature and touch.

Not only do we have all these tools, we have millions of years of evolution behind us that have taught us the best ways to use them. We use them for a huge variety of tasks, and we can adapt them to quickly-changing environments.

Most robots, on the other hand, know how to do one task, the same way, over and over again. Move the assembly line six inches to the right or make the load two pounds lighter, and a robot won’t be able to adapt and carry on.

In today’s manufacturing environment, humans and robots don’t mix—they’re so different that it’s hard for them to work together. This leaves manufacturing engineers designing processes either entirely for robots, or entirely without them. But what if the best way to, say, attach a door to a refrigerator is to have a robot lift it, a human guide it into place, the robot put it down, and the human tighten its hinges?

Sounds simple enough, but with the big, dumb robots we have today, that’s close to impossible—and the manufacturing environment is evolving in a direction that will make it harder, not easier. “As the number of different things we want to make increases and the time between design and production decreases, we’ll want more flexibility in our processes, and it will be more difficult to use automation effectively,” Vu said.

For people and robots to work together safely and efficiently, robots need to get smarter. “Autonomy is exactly what we need here,” Vu said. “At its core, autonomy is about the ability to perceive, decide and act independently.” An autonomous robot, she explained, needs to be able to answer questions like ‘where am I?’, ‘what’s going on around me?’, ‘what actions are safe?’, and ‘what actions will bring me closer to my goal?’

Veo engineers are working on a responsive system to bring spatial awareness to robots. Depth-sensing cameras give the robot visual coverage, and its software learns to differentiate between the objects around it, to the point that it can be aware of the size and location of everything in its area. It can then be programmed to adjust its behavior to changes in its environment—if a human shows up where a human isn’t supposed to be, the robot can stop what it’s doing to make sure the human doesn’t get hurt.

3D sensors will also play a key part in the system, and Vu mentioned the importance of their declining costs. “Ten years ago, the only 3D sensors that were available were 3D liners that cost tens of thousands of dollars. Today, because of advances in consumer applications like gaming and gesture recognition, it’s possible to get 3D time-of-flight chipsets for well under a hundred dollars, in quantity. These sensors give us exactly the kind of data we need to solve this problem,” she said.

3D sensors wouldn’t be very helpful without computers that can do something useful with all the data they collect. “Multiple sensors monitoring a large 3D area means millions of points that have to be processed in real time,” Vu noted. “Today’s CPUs, and in particular GPUs, which can perform thousands of computations in parallel, are up to the task.”

Even a large, powerful robot of the type that’s typically caged can be made safe for people to work with using Veo’s system.

Veo’s technology can be integrated with pre-existing robots of various sizes, types, and functionalities. The company is currently testing its prototypes with manufacturing partners, and is aiming to deploy in 2019.

Vu told the audience that industrial robots have a projected compound annual growth rate of 13 percent by 2019, and though collaborative robots account for just a small fraction of the installed base, their projected growth rate by 2019 is 67 percent.

Vu concluded with her vision of a future of seamless robot-human interaction. “We want to allow manufacturers to combine the creativity, flexibility, judgment and dexterity of humans with the strength, speed and precision of industrial robots,” she said. “We believe this will give manufacturers new tools to meet the growing needs of the modern economy.”