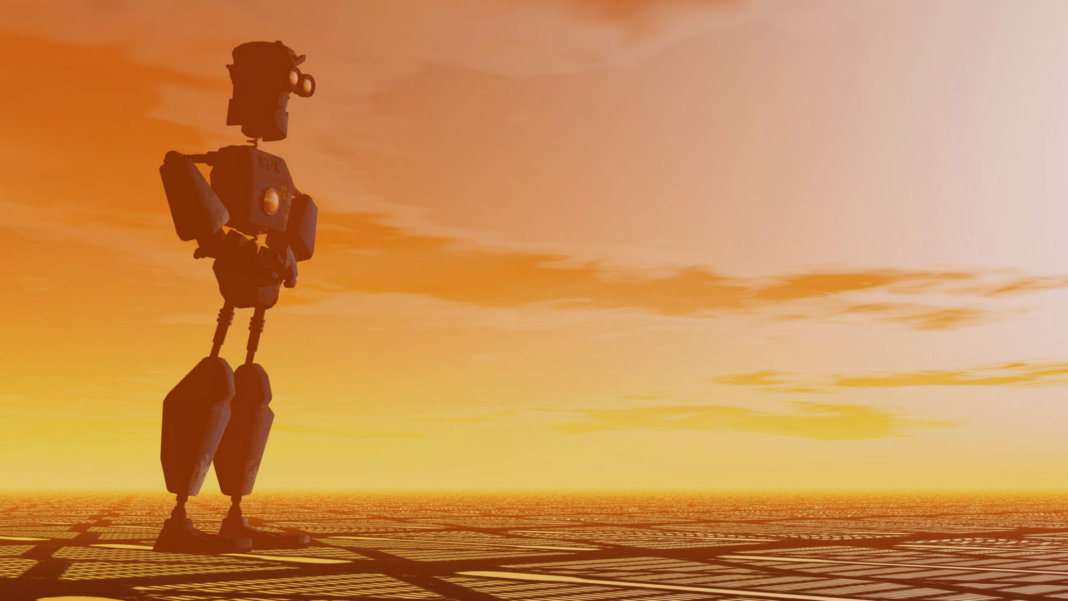 What images come to mind when you think of robots?

Although researchers have made astounding advances in robotics, robots have yet to approach their fictionalized counterparts in many areas. The greatest of these is their ability to gain our trust.

Trust is a foundation of our society. Whether implicit or explicit, our trust in one another forms the very basis of how we live our lives. But how will that change with advanced robots and AI?

It’s naturally hard to trust something foreign and inhuman with important tasks. So how can we come to trust robots more, and does their perceived humanity play any part in our feelings?

As all trends point towards robots playing a large part in our future lives, scientists are obviously concerned with breaking down the barriers. The service industry, for instance, already uses customer-facing robots in a few select areas. As their placement becomes more mainstream, we must figure out how to introduce them to society.

Participants interacted with a robot in one of three ways: in real life, virtual reality, and on a plain screen. During the five-minute test, Roboy the Robot helped to organize appointments, search the web, and find a birthday gift.

Data analysis showed that participants who watched the robot through the screen or through virtual reality perceived it as more real. They also indicated that they saw it as more human. Those who viewed the interactions through a screen indicated a higher humanness rating than those who used virtual reality.

The researchers pointed out that many people will encounter robots in the service industry in the coming years, quite possibly in hotels or hospitals. Most people today only experience robots through TV or science fiction, giving them a skewed perspective and leading them to mistrust a perfectly capable bot. Research is important to minimize skepticism and provide proven design choices for future models.

There are certain locations and professions where using robots simply makes sense, such as spaceflight, deep-sea exploration, and hostile military zones. We’ll inevitably make robots in these positions smarter and smarter, but will our level of trust rise to the occasion?

Consider remote control vehicles (RCVs) that are used for dangerous tasks, such as bomb disposal. Most of us don’t trust RCVs like another human, despite the fact that they save many lives each year.

Reports show that people who work with RCVs on a regular basis form a strong emotional bond with their robotic partners. Some soldiers using explosive ordnance disposal (EOD) bots in Iraq and Afghanistan became extremely attached to their robots and insisted on working with the same units every time. They even became upset at the thought of using a new robot, rather than repairing their old one.

How Human Is Too Human?

This effect, dubbed the “uncanny valley,” refers mainly to the subtle discomfort produced when confronted with something that looks inhuman enough to break the illusion. A non-humanoid robot wouldn’t produce this feeling, as observers would never see it as a human form.

Perhaps the best way to make humans more open to robots is to mirror more than appearance. The robots should have human mannerisms as well. During conversation, a robot should blink and hold eye contact—though not for too long. The average human blinks at a higher rate during conversation, and regularly moves their head and eyes to indicate thought processes and emotions.

When they speak, they should use the right tone of voice for their message. A sad message spoken with a happy tone pushes them into uncanny valley territory. Likewise, their sentences shouldn’t be completely direct. Most people use what’s called hedging—adding extra words like “you know,” “like,” and “um” to their sentences. These additions make a conversation feel much less contrived.

Finally, a robot needs less precise movement to look natural. When moving, they should have a short preparation phase—where they move back a bit—before going forward. Simply lurching in the intended direction is quite unnatural.

If they’re moving a limb, they should start with the bigger joints, and then move toward the smaller ones. Although it may seem easier to have the bot move whatever it uses for fingers, it’s an incredibly unhuman-like shortcut to take.

If your robot doesn’t have a face, make sure to compensate by having it express emotion in movement. Use small and slow movements to show sadness, jerky movements for fear and large movements for happiness. It may take a while to get them right, but the results will be worth the effort.

Humans and robots have a ways to go before complete trust is established. Through gradual exposure, we can increase our reliance on robots. Natural movements and actual day-to-day experience will increase trust. And the quicker we grow comfortable with robots, the better. After all, they’re poised to enter our workforce in unprecedented numbers.