Society Is Destroying and Rebuilding Itself for the Networked Age 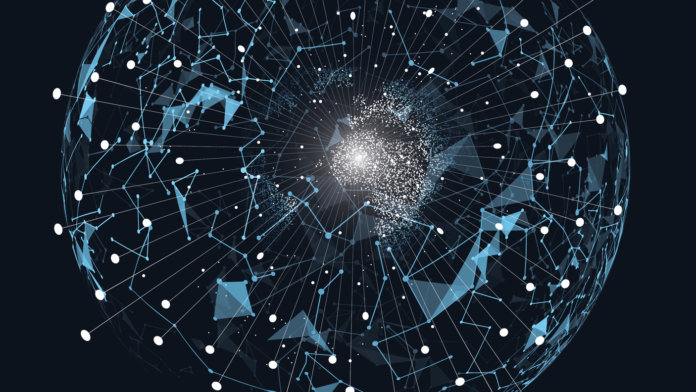 When the dust settled from last summer’s failed Turkish coup d’etat, where a faction of Turkey’s armed forces attempted an overthrow of the sitting government and President Recap Tayyip Erdogan, a bizarre—yet distinct—signature of our digital age emerged.

As The Wall Street Journal points out, “It was the first time in Turkey’s history that its [own] citizens rose up to prevent a military coup.”

How exactly did that happen?

The rebels proclaimed their takeover on a public broadcasting service called TRT, which isn’t widely watched. Erdogan on the other hand, announced his government’s legitimacy via a FaceTime interview with a reporter on CNN Turkey and called supporters to the streets in defense of his government. It was a bizarre moment, to see the leader of a nation as a grainy image on an iPhone screen. But as political scientist Soner Cagaptay tells The Atlantic’s Uri Friedman, “Erdogan goes on his smartphone, does a FaceTime interview, puts it on social media, and millions saw it.”

Amazingly, a leader with a smartphone proved more powerful than fighter jets and tanks.

Yet such is the world in which puzzling geopolitical developments are becoming the norm. The headlines flooding our news streams—terrorist attacks, economic surprises, and stunning election results—might seem chaotic and disconnected. Yet one writer, Joshua Cooper Ramo, makes a convincing argument they’re signatures of the same historical inflection point.

Ramo’s book, The Seventh Sense, which was published months before the coup in Turkey and the US election of Donald Trump, provides an explanatory framework for these types of geopolitical surprises.

This inflection point is one that has been unfolding around us for years.

In 2010, the Arab Spring demonstrated the power of social media as a way for citizens to communicate and organize political demonstrations, and Barack Obama’s election in 2008 was described at the time as being the first election win to occur on Facebook.

But recent world affairs signal the turbulence will intensify.

And as the internet continues to mature, and network technologies dominate more of our lives, we’re likely to meet even more surprising outcomes going forward. Consider the shock that many on both sides of the political spectrum experienced in response to the Trump election.

In an interview with Charlie Rose, Ramo described Trump’s campaign victories as follows:

“If we’d sat here a year ago and asked who is most likely to become the Republican nominee, you would have thought the guy with two presidents in the family, four decades of political experience, and a connection to the Republican party [referring to Jeb Bush], as opposed to the guy with five million Twitter followers and the reality television show background. [Trump] represented a connection to a set of networks that were largely invisible to the traditional way of thinking.”

Trump’s ability to tap into unseen networks of voters and Erdogan’s ability to reach his supporters behind an iPhone camera are what Ramo refers to as “the seventh sense”—“the ability to look at any object and see the way in which it is changed by connection.”

In this case, two powerful figures connected to supporters through social media, were able to create surprising geopolitical outcomes. Understanding and leveraging connection and networks—that’s where the true power now lies.

Whether it’s a political leader, a toaster, or a Tesla, everything is being wired up to networks. Ramos says the very nature of something is changed the moment it’s connected to a networked system; a database, software platform, information flows, or to people.

A bedroom is just a bedroom, until it’s connected to a network of travelers on Airbnb and becomes a hotel room. Your car can be transformed into a taxi when it’s connected to Uber’s vast community of riders. A semi-autonomous Tesla Model S is already a stunning piece of technology. But connected to every other Model S on the road, it becomes a self-improving node in a collective intelligence, each car sharing its experience and learning.

The connecting of something to a network changes the essence of what it is.

In the case of geopolitics, the age of connected social platforms amplifies the spread of ideology. Terrorism for example—which at its core is a psychological attack on a population’s sense of security—is being dramatically changed today. “Network technologies do to terror attacks what gunpowder once did to projectiles,” Ramos writes. “They make the impact larger.”

Ramo doesn’t outline any unassailable rules for how connection exactly changes something, and the picture he paints is a little fuzzy around the edges. But his thesis rings true. A new era is dawning, and our society is destroying and rebuilding itself for the networked age.

So what are some of the features of our networked age?

Power and Influence Is Now Concentrated and Distributed All at Once

Consider how the photo-sharing app Instagram put the ability to take sharp-looking photographs in the hands of the average smartphone user. With access to millions of other people, users can share high-quality photos with entire communities of followers. Now, potentially anyone can become a six-figure-salary-earning influencer on the platform. That is, anyone with a smartphone could become powerful and influential with access to a network like Instagram.

Yet Instagram, famously, was acquired by Facebook for a billion dollars with 13 employees. A small team built and designed a platform that served, at the time, more than 30 million people (today, that number is in the hundreds of millions). That’s an enormous accumulation of wealth and power in the hands of a very small group of new technological elites.

This shows how power and influence are now both concentrated and distributed.

According to Ramo, “It can’t be understood in simple either-or terms. Power and influence will, in the near future, become even more centralized than in feudal times and more distributed than it was in the most vibrant democracies.”

What this dichotomy means is that we may yet see more concentration in the wealth and power of a privileged few; those who control the design and structure of certain protocols, companies, and platforms. It also means we’ll hear more stories of ordinary people, connected to information flows, doing interesting things as well.

The World Is Complex, Not Complicated

It’s an important distinction and one that Ramo goes to great lengths to define:

“Complicated mechanisms can be designed, predicted, and controlled. Jet engines, artificial hearts, and your calculator are complicated in this sense. Complex systems, by contrast, can’t be so precisely engineered. They are hard to fully control. Human immunology is complex in this sense. The World Wide Web is complex. A rain forest is complex.”

The Enlightenment-era promise that the world is a collection of mechanical parts we can fully understand has most certainly expired. Complexity scientist Samuel Arbesman has argued that our modern technological age is bringing with it an end to the knowability and control we may have once believed was coming. Already, no one person totally understands how flight navigation systems, machine-learning algorithms, and financial systems operate.

Ramo introduces networks, as an additional variable in the discussion of knowability.

“The benign act of connection makes complicated objects into complex ones. The moment an object—a cargo package, a share of stock—clicks into a network, it becomes subject to all the wildness of complexity that may lie there.”

Networks take any complicated thing, say a Tesla Model S with all of its predictable moving parts, and places them in an indecipherable maze of interacting connections (in this case a network comprised of self-improving computer code). It’s in connection where surprising interactions can occur, and that’s what creates uncertainty.

“More complexity produces more interaction, as you would expect, and that means that what lies ahead is going to be even harder, more challenging than what we’ve faced. Fighting fires in financial markets, battling terrorists, managing the risks of biodevelopment—all these will get more difficult in coming years, not easier.”

What’s unique about Ramo’s vision is that he avoids setting a directional vision for where we’re headed and offers few if any judgments on what it means. Things won’t be good or bad, wonderful or terrifying—it will be all of those things at once. The world is shifting at an unprecedented rate, and this holds both promise and peril.