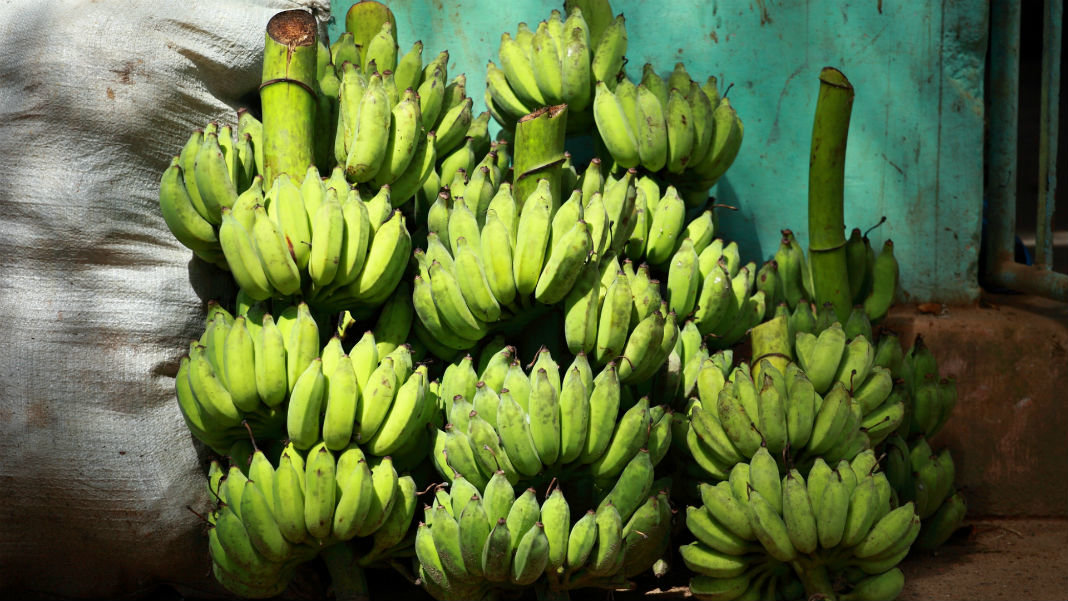 One Tuesday morning, as his family bustled around the house getting ready for the day, Scott Hamilton Kennedy’s phone lit up with a text message from his neighbor. “Can I borrow some organic milk?” she asked. Kennedy replied, “You can borrow some milk, but I don’t have organic.”

“I’m good,” his neighbor said. She then asked another neighbor for organic milk.

The exchange gave Kennedy pause. “I started to think about how much our conversation around food might need to be reset,” he said. “I started thinking about the parents beyond my privileged Los Angeles neighborhood, and how they might be making decisions about their food choices.”

Kennedy is an Academy Award-nominated director, and his new film Food Evolution, narrated by Neil deGrasse Tyson and featuring experts like Michael Pollan and Bill Nye, aims to clarify some of the issues around food grown using genetically modified organisms (GMOs).

When I spoke with Kennedy, one of the first questions I had for him was about his motivation to take on this contentious topic; as the film notes, there’s a huge gap between public and scientific opinion on GMOs: just 37 percent of the public believes they’re safe to eat, while 88 percent of scientists believe they are.

Do you think GMOs are safe to eat? https://t.co/eNCiUg5gGO

“The best part for me as a storyteller was that, while it was controversial, the GMO story wasn’t being told correctly,” Kennedy said. So he re-told it from a new angle: instead of pro-GMO or pro-organic, simply pro-science.

The most interesting thing about the GMO debate, Kennedy noted, is that both sides have the best of intentions. “Both sides want food that’s safe and sustainable,” he said. “But you have to have data to back up your intentions.”

The film hinges around two narratives: papaya in Hawaii and bananas in Uganda. Both stories involve GMO bans being lifted when the technology saved virus-stricken crops. In Hawaii, failing to beat the papaya ring spot virus would have meant an industry going under, farmers losing their livelihoods, and consumers paying much more for the fruit or not being able to buy it at all.

In Uganda, losing the battle against banana wilt would have meant all that too, with the far greater danger of hunger piled on top. Kennedy felt it was crucial to include this story in the film.

“Misinformation originates in the rich world, and it’s damaging the interests of the poor world,” he said.

The polemical fruits’ stories are interspersed with commentary from scientists and food experts, as well as references to peer-reviewed publications.

The movie was commissioned by the Institute of Food Technologists (IFT), a non-profit society of over 17,000 food scientists around the world, spanning academia, the public sector, and the private sector, for their 75th anniversary. Kennedy said the IFT was looking for film ideas around the larger topic of feeding nine billion people in 2050 in a way that’s safe for both people and the planet.

“We researched and researched and found the GMO controversy the most interesting,” Kennedy said. “Before making this movie, I had only heard what everyone else hears.”

Now that he’s made the movie, I asked him what role he thinks GMOs will play in feeding the population of the future.

“It’s too early to tell,” he replied. “I’m not defending GMOs, I’m defending science. If something better comes along, I’ll get behind that. I just hope we’re using science to move towards having all the options on the table. It’s the right thing to do.”

Food Evolution is currently playing in select theaters across the US, with additional screenings being added regularly.