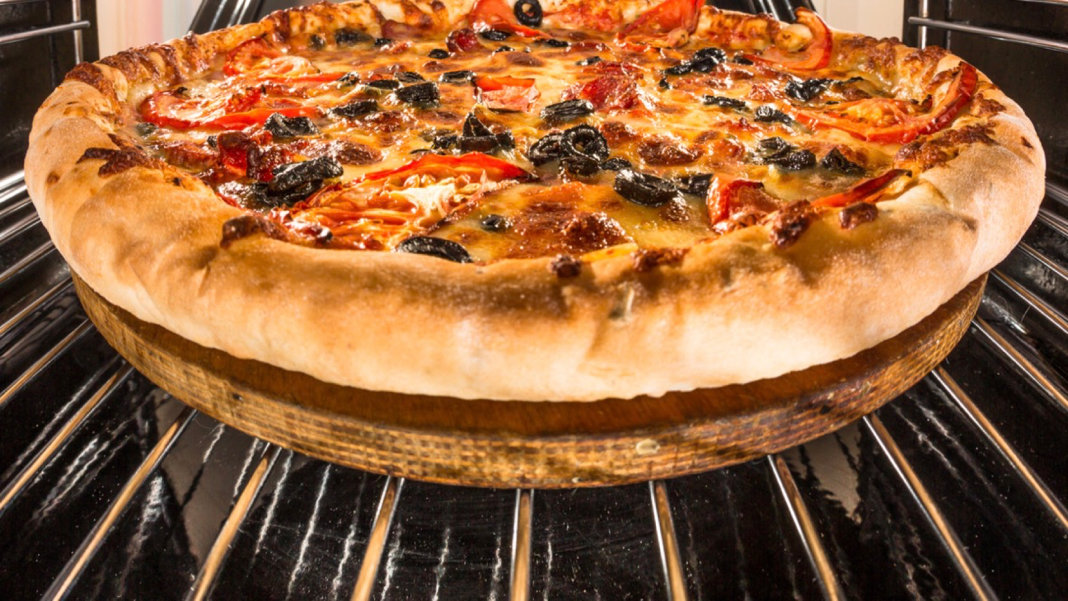 Sounds like a mix-up of two very different proclamations of love, right? But in fact, pizza and robots have come together at Silicon Valley startup Zume Pizza.

Zume’s founders Alex Garden and Julia Collins plan to scale up automation of their pizza production line to the point where humans aren’t involved in making the pizzas at all—but the cofounders claim this doesn’t mean their employees will be out of a job.

As it stands, robots already dominate the kitchen at Zume. To get from raw ingredients to fragrant deliciousness, the process goes like so:

Algorithms set up to monitor ingredients know when it’s time to order more pepperoni or scale back on the mushrooms, which means no tedious counting of inventory or filling out purchase orders.

Besides a process that’s efficient and quick, Zume’s pizza also boasts “half the calories per slice, roughly half the cholesterol and half the fat of any of the national leading chains,” according to Garden.

Ingredients are sourced straight from providers, and key ingredients like tomato sauce and sausage are made in-house (by humans).

The boxes the pizzas are delivered in are special, too—made of a compostable sugar cane-based material, they’re designed to keep steam from making the crust soggy.

Equally important is Zume’s delivery system. The company’s first delivery truck was custom-designed with 56 ovens inside, each connected to GPS. Why, you ask? Zume trucks receive orders and bake pizzas while they’re en route to consumers. It’s a decentralized delivery system that allows for quick repositioning of operations to meet shifting demand.

The flip side, though, is that the center of operations—the pizza-making robots—can only make so many pizzas in a given slice of time, so even if their delivery is more efficient, rising demand must be met by faster production times.

So why all the fuss when, at the end of the day, it’s still just (delicious, gooey) pizza?

Zume’s system is a preview of what food preparation and delivery will look like in the not-so-distant future. If you think about the individual tasks required for large-scale food production, they’re mostly repetitive, monotonous, and easily replicable by a machine. Burgers get flipped. Lettuce gets chopped. Potatoes get fried. And so on and so forth.

Having machines do these tasks instead of people has multiple benefits: there’s no human error, no risk of injury from sharp knives or hot grills, and the labor cost savings can be invested in other areas of the business or passed on to consumers.

The obvious question that keeps cropping up as more and more tasks get automated, though, is what will be left for people to do?

It’s a question we don’t quite have the answer to yet, though optimists predict the end of meaningless jobs will free people to do work that’s more fulfilling and creative, and catalyze the development of new types of jobs that don’t even exist yet (60 years ago there was no such thing as a ‘software engineer’ or a ‘graphic designer’, for example).

Zume cofounder Garden is among these optimists.

“We’re a high-growth company,” he said. “We have people who’ve moved from a role in the kitchen to other roles—to customer support or to finance. You come in and prove that you can work the Zume way, and we make a lifetime commitment to you in return.”

Though it’s uncertain what workers will do once displaced by Zume’s technology and other food automation systems like it, the pizza industry itself isn’t going anywhere. Whether it’s made by a robot or a person, delivered by GPS or by hand—we’ll eat it, and with gusto.