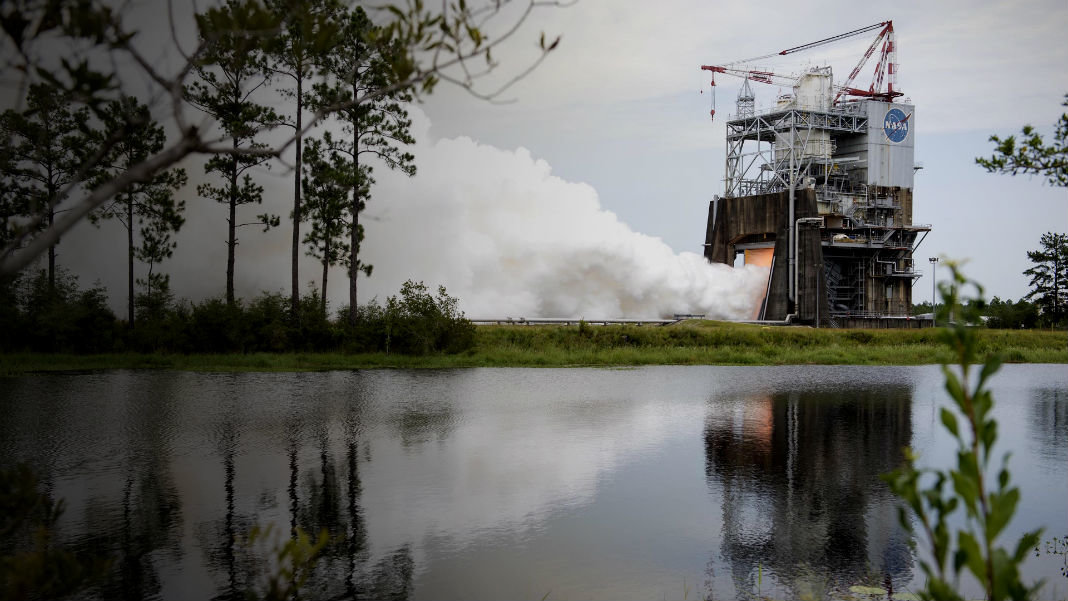 $99 Headset Could Be Augmented Reality’s First True Chance at a Mass Market
Rachel Metz | MIT Technology Review
“The headset, made by Mira, is like an AR version of Samsung’s Gear VR, which gives users a virtual-reality experience when they insert one of a few Samsung smartphones. With Mira’s Prism headset, though, the phone is positioned away from your face, and images shown on its display—one for each eye, as with stereoscopic 3-D for virtual reality—reflect off a clear lens and into your eyes so you perceive virtual objects at depth in front of you.”

Success! Engine for NASA’s Space Launch System Megarocket Aces 3rd Test
Tariq Malik | Space.com
“’SLS [Space Launch System] will be powered at launch by four RS-25 engines, firing simultaneously to provide 2 million pounds [900,000 kilograms] of thrust and working in conjunction with a pair of solid rocket boosters to produce up to 8 million [3.6 million kg] pounds of thrust’…NASA is targeting a 2019 launch for EM-1. The mission will use an SLS rocket to launch an uncrewed Orion space capsule on a three-week trip around the moon.”

Robots Learn to Speak Body Language
Alyssa Pagano | IEEE SPECTRUM
“One notable feature of the OpenPose system is that it can track not only a person’s head, torso, and limbs but also individual fingers. To do that, the researchers used CMU’s Panoptic Studio, a dome lined with 500 cameras, where they captured body poses at a variety of angles and then used those images to build a data set.”

Elon Musk Shares Footage of the Boring Company’s First Working Car Elevator
Jon Russell | TechCrunch
“The basic idea is that underground tunnels can transport vehicles from A to B more quickly and efficiently than roads, with no time wasted sitting in traffic. A car drives into a collection point located on the surface, after which it is taken underground via an elevator and moved to its desired destination using a sled on wheels that traverses a network of underground tunnels. Essentially, it’s an underground railway system for vehicles, and potentially more.”