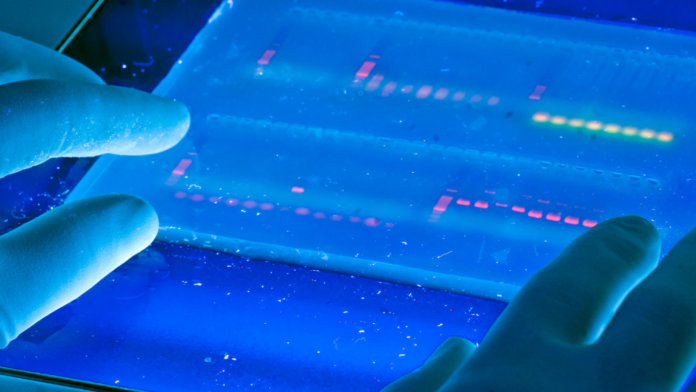 Imagine walking down the street with a ticking time bomb in your chest, never knowing when your heart may explode.

Or going through five decades of life, having kids, and always wondering when your mind will finally slip away from you. Or worse yet, knowing that one day the same will inevitably happen to your children and your grandchildren.

If there were a cure—a way to irreversibly correct the faulty biology in yourself and your offspring—would you do it? And knowing that there might be risks, would you be comfortable making that decision for generations to follow?

Last week, a remarkable study published in Nature brought these and other questions back into public discourse. For the first time, an international team led by US scientists used CRISPR, a genetic editing tool, to correct a mutation that leads to heart failure in viable human embryos.

This isn’t the first time scientists have tinkered with human embryos. But it is the first that shows that certain off-target effects—previously thought immensely challenging—can be dealt with in a relatively straightforward way.

In other words, the new technology just brought us one step closer to correcting genetic deficits in humans. And what can be used to right a disease can also be used to enhance a healthy baby—artificially altering their intelligence or physical appearance.

To be clear, this study is a long way off from the complicated changes required to make “designer babies.” This isn’t Brave New World or Gattaca.

“This is for [the] sake of saving children from horrible diseases,” says lead author Dr. Shoukhrat Mitalipov at the Oregon Health and Science University, who previously worked on Dolly the sheep and three-parent babies.

And with this “milestone,” says Dr. George Church at Harvard University, we’re one step closer.

The human body runs on the tens of thousands of genes that form the code of life. Sometimes, just a single faulty gene can have devastating consequences, such as Huntington’s disease or hypertrophic cardiomyopathy—a condition that often leads to heart failure.

For decades, scientists have tried hacking life’s code to cure these genetic diseases at the DNA level. The process seems straightforward: like programmers decoding a bug, scientists would read through the body’s encyclopedia of genes, identify the faulty member, cut and paste the correct code into the original spot—and voilà, fixed!

The promise of genetic cures seemed easily within reach when a technology called CRISPR came onto the scene in 2012. CRISPR itself isn’t a cure. Rather, it’s a pair of molecular scissors that scientists can direct to almost any point on the human genome and make a precise cut.

The cut triggers a cell to activate a DNA repair program. Almost all cells do this, but embryos go about it slightly differently. If provided with a normal copy of the gene, embryos will use the blueprint gene to reconstruct the broken piece, essentially overwriting the mistaken code. In theory, this leads to fewer mistakes than a normal cell’s “stitch it up” repair program, which doesn’t use templates.

In practice, however, embryonic DNA’s been hard to hack. Just two years ago, Chinese scientists reported giving up on correcting a genetic abnormality in human embryos due to off-target effects, saying that the CRISPR-based technology was “too immature.”

And for good reason. The safety and ethical barriers are enormous when editing embryos—so-called “germline” editing. The reason is this: after sperm meets egg, the resulting single cell will develop into a person’s entire body. This means that any changes to an embryo will (in theory) be present in every single cell in the grown human, including reproductive cells.

In other words, any changes to the embryo will not only affect the person it will become, but also his or her children, and their children and so on. If any unwanted mutation sneaks in during the procedure, the harm is multi-generational.

Then there’s the problem of mosaicism. Oftentimes, an edited embryo can lead to a mosaic of genotypes in the resulting cells—some fixed, some not, and the individual still ends up with the disease.

Mitalipov’s team decided to focus on hypertrophic cardiomyopathy, an inherited disease due to a gene called MYBPC3. People with the condition have two copies of the gene: one normal, one faulty. This means they have a 50-50 chance of passing the condition to their children.

Because the embryo already contains a normal copy of MYBPC3, explain the authors, it already has a blueprint the cell could use to repair the abnormal one. The team recruited a dozen healthy egg donors and one sperm donor that carried the faulty MYBPC3.

Normally, scientists encode all CRISPR components into an external bit of DNA called a plasmid, put that into a cell and rely on the cell to make the necessary proteins and molecules. Mitalipov’s team took a more unusual route: using a tiny syringe, they directly injected the CRISPR machinery into either a fertilized embryo or into the egg cell right before fertilization.

In the first case, the CRISPR machinery sticks around for a long time. This increases the chance that it might go rogue and snip parts of the DNA it wasn’t designed to cut.

By directly injecting the components, the CRISPR scissors are chewed up by the recipient cell after they do their work: less random snipping, more precision.

The tactic worked. When the team analyzed the resulting embryos at the four- or eight-cell stage, they found 72 percent contained only normal copies of the MYBPC3 gene, compared to roughly 50 percent found in non-edited controls.

“Even though the yield of wild type/wild type embryos is still higher, it’s not 100 percent. We have room to improve,” says Mitalipov.

Here’s the kicker: using a variety of modern genetic sequencing techniques, the team scrutinized the embryo’s genomes for off-target effects. They couldn’t find any. For all intents and purposes, the edited embryos looked completely healthy.

That’s not all. The team also surprisingly found a way to minimize mosaicism. The key is to inject CRISPR components into the egg at the same time as they pumped in the sperm to fertilize it. This is much earlier in the developmental stage than anyone had previously attempted.

It worked. Out of the 58 treated eggs fertilized with the mutant sperm, 42 contained two normal copies of MYBPC3. Only one became a mosaic. In contrast, CRISPRing a fertilized embryo led to 13 out of 54 mosaics.

“It makes previous work look pretty amateurish in terms of mosaicism and in terms of off-target effects,” says Church.

Surprisingly, rather than bolstering a “designer baby” future, the study may have inadvertently doused a cold case of biological reality on the sci-fi idea.

Dr. Robin Lovell-Badge, a developmental biologist at the Francis Crick Institute in London, pointed out that the most unexpected result of the study is how the embryo chose to repair the gene.

In one experiment, the team tried introducing an artificial template of MYBPC3 in addition to the normal copy already present in the cell (from the healthy moms). But the cells completely ignored the researcher’s template, instead exclusively opting to use the maternal MYBPC3 to repair the mutation.

“This suggests that you couldn’t add anything that wasn’t already there,” says Lovell-Badge.

To Mitalipov, the crux of the conversation should be solidly based in therapy. “My goal has always been to treat genetic diseases that have no cures, to save children,” he says.

And there are still a lot of kinks that need ironing out before CRISPR could enter  clinics. For one, scientists still hope to increase precision and accuracy. For another, IVF clinics already have solid screening protocols in place to weed out genetic abnormalities before implantation. While CRISPR can, in theory, boost the number of healthy embryos, it would have to work better to justify the cost.

To Dr. Richard Hynes, a cancer researcher at MIT who co-led a national committee that recently published a new guideline for editing embryos, the study is a “big breakthrough.”

“What our report said was, once the technical hurdles are cleared, then there will be societal issues that have to be considered and discussions that are going to have to happen. Now’s the time,” he says.