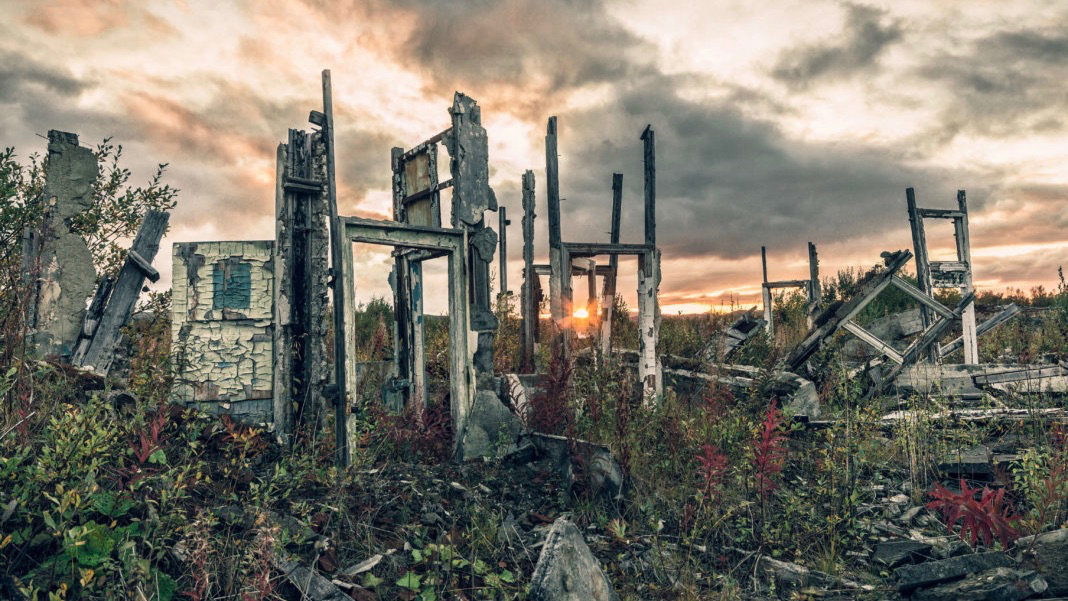 “I think civilization is fundamentally breaking down today.” These were the opening words of Salim Ismail’s talk at Singularity University’s Global Summit in San Francisco this week.

Not the most uplifting intro. But the good news is, Ismail had some pretty unique insight to share about the nature of the problems society is facing, and plenty of thoughts on how to fix them too.

Ismail is the best-selling author of Exponential Organizations and a sought-after strategist and tech entrepreneur who built and sold his company to Google. He was founding executive director at Singularity University and has been the company’s global ambassador for the last seven years.

While technology has helped civilization, according to Ismail, it’s also partly to blame for widespread discontent that’s manifesting in the form of armed conflicts, terrorism, extremism, and nationalism.

“Never before have we had a dozen technologies all accelerating in their own right,” he said. “Each one is doubling at a rate of anywhere between 18 to 30 months. But where they intersect, that adds a whole other multiplier to the equation.”

A lot of the technological changes going on may seem like they’re confined to specific places, people, or groups. But the truth is they’re affecting us all.

Anyone with an internet connection has an unprecedented amount of information at their fingertips. Computers are not just learning to do tasks only humans used to do, they’re doing those tasks much better than us. Huge sums of wealth are concentrated in the hands of a few (thankfully, often philanthropic) entrepreneurs. Physical goods that used to cost hundreds or thousands of dollars have demonetized to the point that they’re practically free.

And it’s not just physical goods whose cost is dropping. Renewable energy, DNA sequencing, and services like rides and accommodations have seen plummeting cost curves too.

“In technology after technology, the cost is crashing to near zero, which means anybody has access to these technologies,” Ismail said. “And this is causing…huge opportunity but also massive stress, and our existing leadership has a really tough time dealing with this.”

The shifting power dynamics brought about by demonetization have left governments bewildered and apprehensive, and often at a loss for how to adjust their policies to the changing times.

“We invented representative democracies when information was scarce,” Ismail pointed out. “But today, we have an abundance of information, and every major democracy in the world is broken.”

The same goes for capitalism. “There’s a massive deflationary dynamic because the money leaves the system as you move from scarcity to abundance,” Ismail said.

The distribution of all that wealth, though, is far from equal. Though abundance is growing, scarcity is still very real—and people are reacting.

“If you look at the rise of fundamentalism around the world, this is civilization saying ‘I’m freaking out, I can’t take this pace of change, let’s go back to an older time,’ ” Ismail said.

Even the institutions that were set up to deal with these kinds of conflicts have become somewhat irrelevant. The UN Security Council, for example, was set up to navigate conflicts between countries—but many modern armed conflicts are civil wars. Updating institutions that have been around for decades if not centuries is a project of dizzying scale and complexity.

“There is no update mechanism in many of these structures, so we have to totally re-architect them,” Ismail said. “We’re pepper-spraying our civics and our politics, literally shredding our own future here, and the stress around the world is quite profound.”

Ismail then took the conversation in an unexpected direction, saying the best way he’s found to frame why this is happening is that we have two fundamental polarities in our archetypes as a civilization—male and female.

“The male archetype is competitive, risk-taking, wants to take command and control. By the way, I’m really carefully saying archetype, not gender,” he clarified. “The female archetype is participatory, nurturing, cooperative, and network-linked. And we’ve ratcheted between these two polarities throughout civilization to upgrade ourselves.”

Both men and women can have traits belonging to the male or female archetypes, of course. The archetypes are an overarching symbolic understanding ingrained in our psychology.

The world, he explained, used to be run on feudal systems, which had a top-down command and control structure. Then we moved to democratic systems so that power would be distributed more evenly.

Despite the fact that many societies today are based on this democratic ideology, large swaths of those societies run on a set of top-down male archetypal structures. Ismail noted traditional corporations as a prime example: they’re pyramidic structures usually with a man at the top. Judeo-Christian religions are built around male archetypal qualities, as is the military-industrial complex.

This looks different not only because of the fundamental qualities each archetype embodies, but their particular stress-response and control mechanisms as well.

When the male archetype is under stress, it enters the ‘fight or flight’ response, while the female archetype responds by ‘tending and befriending.’

“The male archetype is really good at managing scarcity, command and control, search and destroy, go, grab, bring it back, designed for that world that we’ve been in for thousands and thousands of years around scarcity,” Ismail said.

As we move towards abundance, Ismail believes we need to move towards a social structure that embodies the female rather than the male archetype.

While somewhat abstract and, frankly, surprising, in theory this all sounds reasonable enough. But how do you actually move a civilization from one archetype to another?

For starters, Ismail said, “We need to architect our organizations and institutions for flexibility and adaptability.” Existing incentive models in business focus heavily on short-term indicators like quarterly earnings and are not set up for long-term changes. But the most successful companies have turned these models on their heads, with leaders like Jeff Bezos, Mark Zuckerberg, and Larry Page refusing to steer their companies in the status-quo direction.

The Fastrack Institute, which Ismail co-founded, is a non-profit organization that’s helping cities do just that. The Institute takes on a specific problem facing a city, like education or corruption, and analyzes it using a four-layer system.

We’re currently at the very edge of an abundant future, and the pace of change isn’t going to slow down. As Ismail put it, “…[civilization] is heading into a trough. I think it’s about a 20- or 30-year period. We need to get to abundance on the other side by creating new leaders, new projects, and new institutions.”