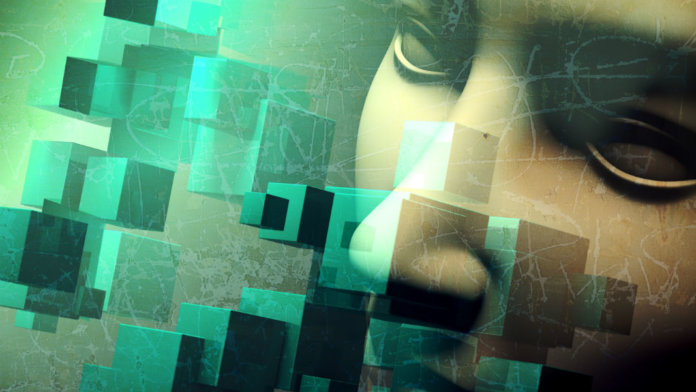 Apple describes the iPhone X as being “so immersive the device itself disappears into the experience, and so intelligent it can respond to a tap, your voice, and even a glance.”

The FaceID feature “projects and analyzes more than 30,000 invisible dots to create a precise depth map of your face.” Creepy? Maybe. But using a fingerprint-sensing button to access your phone is so 2016. And Samsung’s Galaxy Note 8 incorporated the tech before Apple did.

While the phone has sparked some controversy about value for money, it’s also sparked a broader discussion about the large-scale introduction of facial recognition technology.

Having your phone recognize your face is just the beginning—where will this tech go from here, and what are the risks and benefits associated with its growth?

The growth of facial recognition has far-reaching implications for how we’ll do business, enforce laws, and even how we’ll interact with each other.

Been There, Seen That

Facial recognition is new for some, but old news for others—particularly in China. The country has leaped ahead of other nations in implementing facial recognition in various sectors of society, and Chinese citizens have already reached a comfort level with it that could take Westerners years to match.

The Chinese government is using facial recognition to catch…well, not criminals, but what you might call minor offenders. People who jaywalk in Shenzhen are reprimanded on two large screens that sit above the street. In Beijing, people who dare to use too much toilet paper—or who try to pilfer a full roll to take home—are deterred by facial recognition.

The Chinese also use facial recognition to verify drivers’ identities for ride apps like Uber, and Ant Financial has a system called Smile to Pay that lets customers simply look at a screen to pay their bill in some stores and restaurants.

The obvious difference between using the technology in China and in the West is that Western governments aren’t authoritarian, and we’re far more likely to raise a fuss about things we don’t like. Although it’s been around for a while and advancing in recent years, using facial recognition on our phones will, for many of us, be the first chance we have to figure out whether we like it or not.

According to The Economist “…the smartphone will do for face recognition what smart speakers, such as the Amazon Echo, have done for speech recognition: make it acceptable to consumers.”

How this will transpire and how long it will take remain to be seen; it took a few years for us to go from meeting Siri to being comfortable with voice-recognizing home assistants like Echo.

Making Life Easier, at a Price

There are all kinds of applications of face recognition that could make our day-to-day lives more seamless. Basically, anything that currently requires a password, PIN number, or other proof of identity could instead rely on our faces.

Airlines are experimenting with using face recognition in place of boarding passes. Banks could replace PIN numbers with a face scan for customers to access their accounts. Forget carrying around a plethora of swipe cards—gyms, offices, apartment buildings, or other private clubs could scan faces to grant access.

Facial recognition could be a boon for law-enforcement agencies—it’s easier to identify criminals by their faces than by, say, their fingerprints, because a snapshot of the face can be taken from a distance. But how closely would law enforcers need to monitor the general population in order for facial recognition technology to help them catch wrongdoers? If it makes me less likely to get mugged, am I willing to have my own face photographed by a camera on a random street corner, and my picture included in a database?

Besides this being a bit alarming in theory, though, there are some insidious applications, especially as the technology becomes more sophisticated. As software can recognize faces, it’s increasingly able to recognize emotions, too—and act accordingly.

Imagine you’re in a store browsing shirts. Maybe you frown when you come across one you don’t like. A store’s facial recognition system could capture and recognize that frown, use it as feedback, and either send a bubbly salesperson armed with different shirts your way, or send you targeted ads for shirts you’re more likely to purchase.

It could get even more personal than that. Psychologist and author John Gottman did a study (PDF) in which he coded the facial expressions of married couples during arguments, stressing the significance of non-verbal indicators in communicating partners’ emotions and general sentiment toward one another. If our facial expressions and hence our emotions can be coded, software can then learn this code, and use it for good or for ill.

The Economist observes, “The basis of social interactions might change…from a set of commitments founded on trust to calculations of risk and reward derived from the information a computer attaches to someone’s face.”

Speaking of attaching information to someone’s face, you probably heard about the algorithm designed by a team at Stanford University that was able to successfully identify sexuality 81 percent of the time—that’s 20 percent above the human average—using a sample of more than 35,000 photos people posted on a dating website. Once machines can extract information about us without our control, how do we stop the slope from getting slippery?

Regulation will certainly play a large role in how face recognition tech unfolds, and it will likely differ from country to country. European lawmakers have already passed a rule stating that facial images can only be used with the face owner’s consent.

Like other technologies with a slightly invasive, sci-fi aspect to them, adoption of facial recognition in the West will likely come down to price and convenience; we’ll be fine with having a little less privacy if we have a lot more convenience, safety, or other utility in exchange. Like wearables and implantables, it may also proliferate for essential or medical uses first, then slowly spread to more everyday applications.

If you’ve pre-ordered an iPhone X or you have the Galaxy Note 8 in hand, then, consider yourself a pioneer.