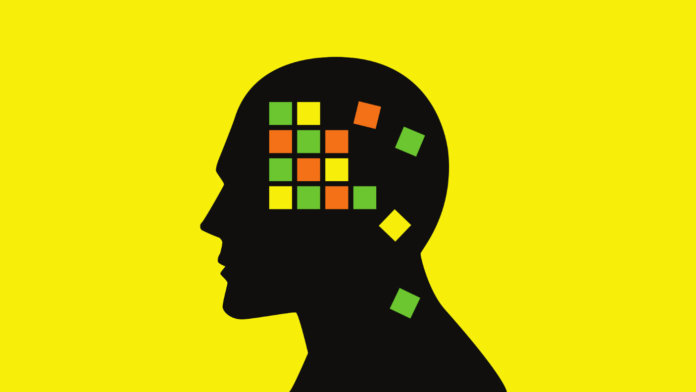 It is one of the top 10 deadliest diseases in the United States, and it cannot be cured or prevented. But new studies are finding ways to diagnose Alzheimer’s disease in its earliest stages, while some of the latest research says technologies like artificial intelligence can detect dementia years before the first symptoms occur.

These advances, in turn, will help bolster clinical trials seeking a cure or therapies to slow or prevent the disease. Catching Alzheimer’s disease or other forms of dementia early in their progression can help ease symptoms in some cases.

“Often neurodegeneration is diagnosed late when massive brain damage has already occurred,” says professor Francis L Martin at the University of Central Lancashire in the UK, in an email to Singularity Hub. “As we know more about the molecular basis of the disease, there is the possibility of clinical interventions that might slow or halt the progress of the disease, i.e., before brain damage. Extending cognitive ability for even a number of years would have huge benefit.”

Martin is the principal investigator on a project that has developed a technique to analyze blood samples to diagnose Alzheimer’s disease and distinguish between other forms of dementia.

The researchers used sensor-based technology with a diamond core to analyze about 550 blood samples. They identified specific chemical bonds within the blood after passing light through the diamond core and recording its interaction with the sample. The results were then compared against blood samples from cases of Alzheimer’s disease and other neurodegenerative diseases, along with those from healthy individuals.

“From a small drop of blood, we derive a fingerprint spectrum. That fingerprint spectrum contains numerical data, which can be inputted into a computational algorithm we have developed,” Martin explains. “This algorithm is validated for prediction of unknown samples. From this we determine sensitivity and specificity. Although not perfect, my clinical colleagues reliably tell me our results are far better than anything else they have seen.”

Martin says the breakthrough is the result of more than 10 years developing sensor-based technologies for routine screening, monitoring, or diagnosing neurodegenerative diseases and cancers.

“My vision was to develop something low-cost that could be readily applied in a typical clinical setting to handle thousands of samples potentially per day or per week,” he says, adding that the technology also has applications in environmental science and food security.

The new test can also distinguish accurately between Alzheimer’s disease and other forms of neurodegeneration, such as Lewy body dementia, which is one of the most common causes of dementia after Alzheimer’s.

“To this point, other than at post-mortem, there has been no single approach towards classifying these pathologies,” Martin notes. “MRI scanning is often used but is labor-intensive, costly, difficult to apply to dementia patients, and not a routine point-of-care test.”

Canadian researchers at McGill University believe they can predict Alzheimer’s disease up to two years before its onset using big data and artificial intelligence. They developed an algorithm capable of recognizing the signatures of dementia using a single amyloid PET scan of the brain of patients at risk of developing the disease.

Alzheimer’s is caused by the accumulation of two proteins—amyloid beta and tau. The latest research suggests that amyloid beta leads to the buildup of tau, which is responsible for damaging nerve cells and connections between cells called synapses.

The work was recently published in the journal Neurobiology of Aging.

“Despite the availability of biomarkers capable of identifying the proteins causative of Alzheimer’s disease in living individuals, the current technologies cannot predict whether carriers of AD pathology in the brain will progress to dementia,” Sulantha Mathotaarachchi, lead author on the paper and an expert in artificial neural networks, tells Singularity Hub by email.

The algorithm, trained on a population with amnestic mild cognitive impairment observed over 24 months, proved accurate 84.5 percent of the time. Mathotaarachchi says the algorithm can be trained on different populations for different observational periods, meaning the system can grow more comprehensive with more data.

“The more biomarkers we incorporate, the more accurate the prediction could be,” Mathotaarachchi adds. “However, right now, acquiring [the] required amount of training data is the biggest challenge. … In Alzheimer’s disease, it is known that the amyloid protein deposition occurs decades before symptoms onset.”

Unfortunately, the same process occurs in normal aging as well. “The challenge is to identify the abnormal patterns of deposition that lead to the disease later on,” he says

One of the key goals of the project is to improve the research in Alzheimer’s disease by ensuring those patients with the highest probability to develop dementia are enrolled in clinical trials. That will increase the efficiency of clinical programs, according to Mathotaarachchi.

“One of the most important outcomes from our study was the pilot, online, real-time prediction tool,” he says. “This can be used as a framework for patient screening before recruiting for clinical trials. … If a disease-modifying therapy becomes available for patients, a predictive tool might have clinical applications as well, by providing to the physician information regarding clinical progression.”

Private industry is also working toward improving science’s predictive powers when it comes to detecting dementia early. One startup called Darmiyan out of San Francisco claims its proprietary software can pick up signals before the onset of Alzheimer’s disease by up to 15 years.

Darmiyan didn’t respond to a request for comment for this article. Venture Beat reported that the company’s MRI-analyzing software “detects cell abnormalities at a microscopic level to reveal what a standard MRI scan cannot” and that the “software measures and highlights subtle microscopic changes in the brain tissue represented in every pixel of the MRI image long before any symptoms arise.”

Darmiyan claims to have a 90 percent accuracy rate and says its software has been vetted by top academic institutions like New York University, Rockefeller University, and Stanford, according to Venture Beat. The startup is awaiting FDA approval to proceed further but is reportedly working with pharmaceutical companies like Amgen, Johnson & Johnson, and Pfizer on pilot programs.

An estimated 5.5 million Americans have Alzheimer’s, and one in 10 people over age 65 have been diagnosed with the disease. By mid-century, the number of Alzheimer’s patients could rise to 16 million. Health care costs in 2017 alone are estimated to be $259 billion, and by 2050 the annual price tag could be more than $1 trillion.

In sum, it’s a disease that cripples people and the economy.

Researchers are always after more data as they look to improve outcomes, with the hope of one day developing a cure or preventing the onset of neurodegeneration altogether. If interested in seeing this medical research progress, you can help by signing up on the Brain Health Registry to improve the quality of clinical trials.