How Artists Are Using Tech to Shape the Future 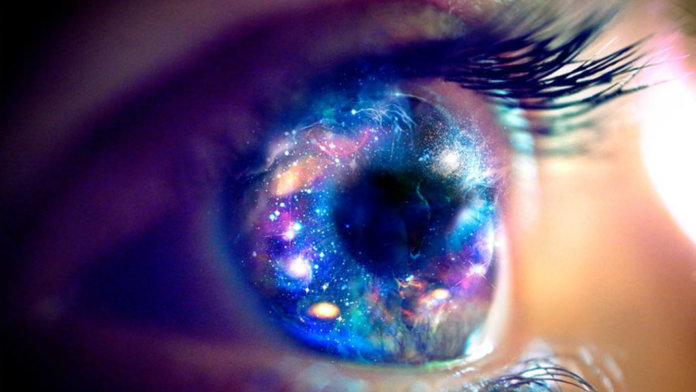 The capacity for creative expression is one of the defining qualities of being human. Our innovative imagination and ability to express it in so many different ways is unparalleled by any other living being.

However, art doesn’t just have to be for the sake of self-expression or aesthetics. The most powerful masterpieces have a mission infused into them. In fact, many modern-day artists are using their artistic capabilities as a tool to predict, explore, and even shape our future. They do so not just through visual arts, but also through music, movements, sculptures, and even multimedia.

For instance, I can tell you about the implications of technology on society, or I can take you on an immersive experience where I show you those effects or paint a potential future world for you. This is where art is a powerful tool.

The effect of artists on society is quite difficult to quantify. We can look at the traction artistic works gain on social media or the millions of dollars they are auctioned off for. But can we ever truly quantify the impact their work has on our individual psyches and the manner in which they inspire us to push ourselves forward? Probably not.

A single image, song, or film can accelerate progress. They can begin entire movements. They are a powerful way to influence mindsets and inspire change. There are thousands of futuristic modern-day artists working on incredible masterpieces. Here are a just few.

The Imaginary Foundation is more than just an online art marketplace. Their art tells a story of human transcendence. As their motto goes, “Think of an ecstatic, desirable and exciting future, and drag the present to meet it.” Imaginary Foundation’s dynamic work displays an explosion of human progress, accelerating change, and radical creativity.

Browsing through their work, we can see the positive effects of exponential technologies like genomics, space travel, brain mapping, quantum computing, and much more. The pieces explore the potential effects of technological singularity on human consciousness and experiences.

Above all, these art pieces are affordable and, in many ways, democratized and made to be accessible to the world.

Wanderers: Humanity’s Destiny Is in the Stars

With the voice of legendary astronomer Carl Sagan in the background, Erik Wernquist will take you on a riveting journey across our solar system. In less than four minutes, Wernquist will capture the essence of our desire to explore the unknown.

This short film is a work of true science fiction (as opposed to fantasy) in that the locations depicted are digital recreations of actual places in the solar system, built from real photos and map data. In other words, the future depicted is absolutely possible and within the domain of the physical laws of the universe.

“Without any apparent story, other than what you may fill in by yourself,” he writes, “the idea of the film is primarily to show a glimpse of the fantastic and beautiful nature that surrounds us on our neighboring worlds—and above all, how it might appear to us if we were there.”

Sci-fi lets us explore different scenarios for the future before deciding which ones are more desirable. It also allows us to inspire generations that a certain future is one worth seeking. In many ways, it is a precautionary form of time travel. Before we put a certain technology, scientific invention, or policy to use, we can envision and explore what our world would be like if we were to do so.

At this year’s Burning Man, the Tree of  Ténéré was considered one of the highlights and most futuristic artistic displays. It provided “shade to wanderers, adventure to climbers, and infinite possibility to those gathered beneath its 25,000 LED leaves.”

It was a synthesis of art, science, technology, nature, and spirituality. This magnificent and interactive work of art shows that technological progress doesn’t just enable an abundance of resources and capabilities, but also allows for “space for contemplation, community, creativity, and play.”

Participants in the spiritual and commercial events around the tree of Ténéré experienced the power of community, ritual, and contemplation. These are aspects of our humanity that we all hope to maintain throughout an era of digitization.

Virtual Forests: A Mission for Conservation

One of the most memorable displays of an artist on a mission was seen at the United Nations Climate Conference in 2015. Naziha Mestaoui’s “One Beat One Tree” projects virtual forests onto city spaces, “blurring the boundaries between the natural world and advancing technology.” The project was a protest against climate change and a message for conservation of biodiversity and nature at large.

The project was interactive. Viewers could connect to the series via a smart phone sensor. Described as a work of “Citizen Art,” the digital holographic trees actually grew in rhythm with the viewer’s heartbeat. The underlying message is powerful: ‘each citizen is a co-creator of our collective future beyond individualism.” In this way, Mestaoui reminds us that we can all, as individuals, contribute to conservation and fighting climate change.

This sculpture, also one of the highlights at Burning Man, is a 20-foot green double-helix with a flower in the shape of a heart at the top. Participants can climb up the sculpture and sit inside the heart-flower. Inside the heart are two heart sensors, each controlling 1,000 LEDs. Touching each heart sensor illuminates all of the LEDs on its side, allowing you and the person you’re with to directly experience each other’s pulse.

Inside the flower-heart was this beautiful poem about love:

Each has a unique path
That never stops moving
And never stops growing.
Each supports themselves first
Then extends support to the other.
As they grow together
The whole becomes stronger
Than the sum of its parts.
As partners in life
Their collective consciousness
Has reached a new level
They didn’t fall in love.
They ascended to it.

The entire experience allows for us to “ascend into love” instead of falling into it. As we search for love in the external world, Ascension inspires us “to reimagine what it means to love others by first loving ourselves.” This isn’t just a tool for romantic love, but also for all other forms of love as they relate to the world at large. One burner was left with questions that cover topics like trust, manifestation, following your heart, flow, and life purpose.

It’s fascinating to consider that while artists can shape the future of technology and human progress, technology can shape how artists express themselves. Technology is giving artists more powerful tools, such as virtual reality and holograms. In this complex but potent interaction, art and technology continue to influence each other.

The pieces highlighted here are just the tip of the iceberg. All around the world, artists are re-defining creativity and, in the process, shaping the future by inspiring us.

Above all, these works are masterpieces that go beyond art itself. Among the individuals moved by these pieces are global leaders, innovators, and game-changers, who in return will take what they learn and use it to make our world a better place.