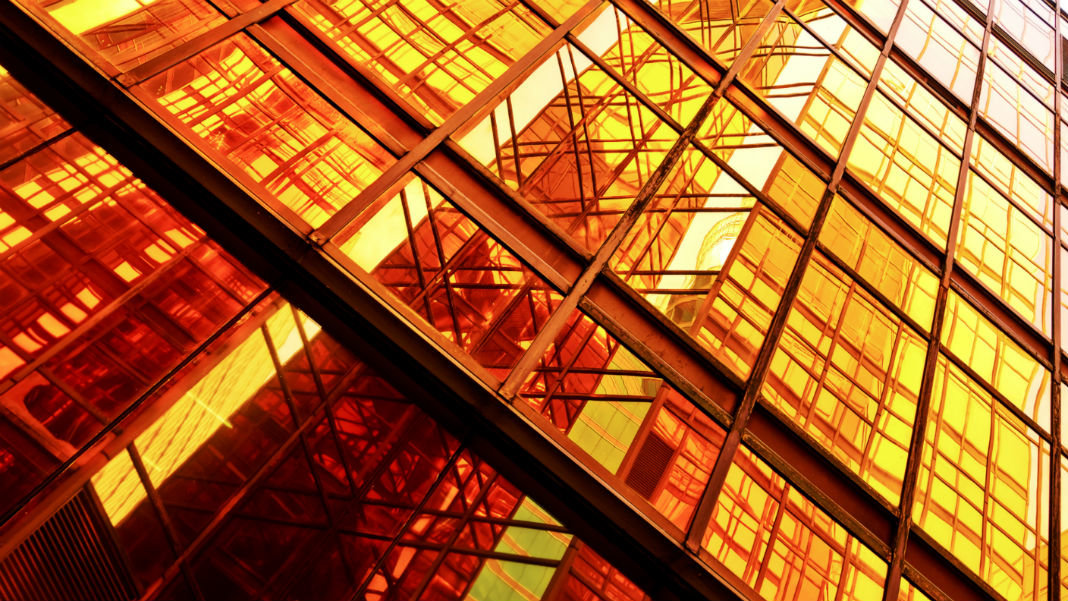 Sunlight is everywhere, but so far our efforts to harvest its energy have been restricted to solar farms and rooftop panels. A new analysis shows that transparent solar technologies that can be applied to windows, display screens, and cars could supply 40 percent of energy demand in the US.

Transparent and semi-transparent light harvesting materials have only started to emerge in the last five or six years, but there are already some commercial examples, and experimental demonstrations are reaching impressive performance, according to a recent review in Nature.

The authors estimate there is somewhere in the region of 5 to 7 billion square meters of glass surface in the US, and coating this with transparent solar cells with similar efficiencies to today’s solar panels could generate an additional 100GW of power, which approaches the nationwide potential of rooftop solar installations.

That’s ignoring the possibility of integrating these materials into the non-glass siding of buildings, and also the potential to install them in handheld electronics or the windscreens of cars.

“Traditional solar applications have been actively researched for over five decades, yet we have only been working on these highly transparent solar cells for about five years,” Richard Lunt, an associate professor at Michigan State University who works on transparent solar technology and is one of the authors of the review, said in a press release.

“Ultimately, this technology offers a promising route to inexpensive, widespread solar adoption on small and large surfaces that were previously inaccessible,” he added.

There’s still some way to go, as current transparent solar technologies are only at about a third of their realistic potential, with power conversion efficiencies in the region of 5 percent compared to around 15 to 20 percent for standard silicon photovoltaic panels. But there are a variety of different approaches to creating transparent and semi-transparent solar cells, all making solid progress.

Efforts to lend solar cells transparency have tended to focus on three main tactics: integrating spaced out opaque solar cells in transparent materials, reducing the thickness for opaque materials to the point where they allow light through, or using materials that absorb infrared and ultraviolet light, but let the bulk of visible light through.

There’s also a related approach that coats glass in materials that redirect light from the surface of the glass to the edges,where it can be collected by conventional photovoltaic cells, called solar concentrators.

Integrating standard silicon-based solar cells into transparent materials takes advantage of the ubiquity of the technology and relevant manufacturing process, but the authors note that achieving decent transparency means having a considerably reduced energy harvesting area.

In contrast, thin films of opaque light-absorbing semiconductors cover the entire area, and there are examples with efficiencies as high as 14 percent, say the authors. These materials are already being commercialized by companies like Onyx Solar and Polysolar.

However, in general these approaches only let around 50 percent of the visible light through, and they tend to give the windows a fairly strong colored tint. This color can be easily tuned using different materials. In some cases this can be useful, for instance for those wanting tinted glass for decorative reasons.

The authors warn, though, that thought needs to be given to the effect that colored light can have on humans’ circadian rhythm—the bundle of physiological processes that govern our sleep cycles. Blue light suppresses the production of the sleep-promoting hormone melatonin by the brain causing us to wake up, because sunlight is shifted to the blue end of the spectrum at dawn.

Any glass that predominantly lets through blue light could have a major impact on the physiology of those spending long periods inside the building. There may be other physiological and psychological effects of long-term exposure to other colors too, so this will have to be carefully investigated before using transparent solar cells that create a considerable tint.

One way to sidestep this problem is to create truly transparent solar cells that don’t interfere with the visible light spectrum. There are a variety of technologies that selectively absorb light from the ultraviolet and infrared ends of the spectrum, leaving them “visibly transparent.”

Despite progress, there are a number of challenges facing the technology, the authors note. Many of the approaches work well at small scale, but scaling them can be a challenge. This is often due to the properties of the photoactive material, but the transparent electrodes required to transport generated electricity are also a limiting factor due to their higher resistivity. Indium-based electrodes hold promise for solving this bottleneck, but this element is in high demand, which may impact its affordability.

There’s also the issue that in reality most glass surfaces are not optimally positioned for sunlight harvesting, often being vertical, and at higher and lower latitudes being north or south facing can have dramatic effects on the amount of light they receive.

Finally, many of these technologies rely on organic materials that are highly sensitive to oxygen and moisture, which could limit their lifetimes. For systems that are meant to be integrated into buildings, short lifetimes are not really an option, and at present most technologies are only predicted to last a few years.

One option the authors suggest is that these transparent solar cells could be installed and replaced as laminates on the inside of windows, which would make replacing them every couple of years a less daunting task.

But despite these challenges, the enormous potential of turning every glass surface in the modern world into a solar panel is a hugely promising one. There is still considerable work to be done on efficiency, durability, and commercialization, but the authors point out that the path is fairly well mapped out.

Glass manufacturers already employ systems to deposit a variety of coatings on their glass, so adding a thin film solar cell shouldn’t be too much of an extra step. And even preliminary demonstrations already exceed the performance metrics required for application to architectural glass or charging low-power mobile electronic devices like smart watches and e-readers. Indeed, there is already a solar-powered watch being touted on Kickstarter.

A future where all of your gadgets can charge themselves using sunlight might not be too far away.