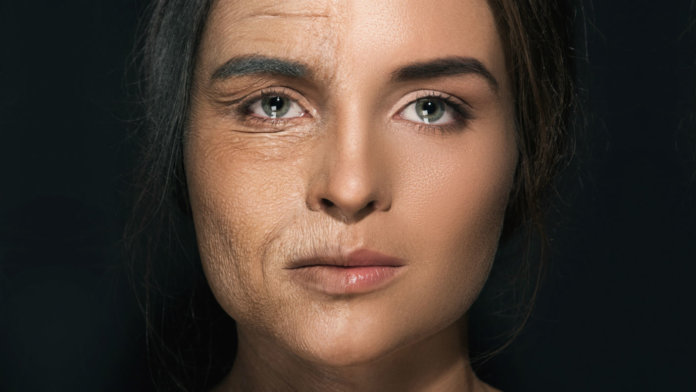 Back in 2016, when the FDA green lighted metformin—a drug that’s shown to boost lifespan by up to 40 percent in animal models—for human trials, it signaled the first spark of a paradigm shift in how we view aging and longevity.

Rather than an inescapable part of life, aging may be a bona fide disease. And as a disease, it could potentially be “treated”—delayed, stopped or even reversed—if only we had the right drugs.

The FDA’s decision was the culmination of a string of high-profile animal studies that tried—and succeeded—in reversing tissue decay in aged rodents. The blood of the young, metformin, and senolytics—drugs that wipe out unhealthy “leaky” old cells like a biological spring cleaning—rebooted the faltering bones, hearts and brains of those rodent senior citizens. And they didn’t just get healthier—many also lived longer.

With many treatments entering human trials for aging-associated diseases and unfaltering interest (and funding) from the private sector, momentum in the field shows no signs of stopping. Are we on the verge of beating aging?

Not so fast, says a new study by Drs. Paul Nelson and Joanna Masel at the University of Arizona.

By applying the concept of evolution to the cellular denizens in our bodies, the team built a mathematical model that looks at how cells behave as we get older. And the news isn’t good.

With aging, the population of healthy cells dwindles. Some gradually lose their normal functions, cease dividing, and enter a zombie-like state—something scientists call “senescence.” Others mutate, gaining the ability to divide and spread uncontrollably and turning cancerous.

As it turns out, getting rid of both types of problematic cells is impossible. Like a game of whack-a-mole, when one type gets under control, the other springs loose and wreaks havoc.

Our cells are like the protagonists of a dystopian novel: they’re born into a rigid society with designated roles to play, and as they age and lose function, like clockwork, they turn on a genetic program that commands them to commit suicide for the greater good—the overall health of the organism they make up.

In a way, these cells live in a “police state” through competition: healthy cells beat out the aged ones for space and nutrients, which ensures that the societies they make up—tissues and organs—are run by healthy members and function in tip-top shape. The lives of those aged cells are just an unfortunate cost.

But sometimes, aged cells fight back. By changing their gene expression, they regain the ability to divide and spread. These cancerous cells cheat the system: rather than cooperating for the greater good, they’re all for themselves and harm the organism they inhabit.

At some point a multicellular organism like us humans will develop either senescent cells or cancerous ones, the authors explain to Singularity Hub.

Because each cell is powered by its own set of expressed genes—genes that are turned into proteins—we can view them as a society of different individuals subject to grave competition pressure.

Just like studying how genetic changes in a species drives its evolution, scientists can also use similar basic principles to track how cells behave when faced with a changing environment—for example, as we grow old.

“When people try to answer the question ‘Why did aging evolve,’ they typically do so by asking ‘Why do we have genes that cause us to age?’ It is implicit in this question that there might be genes that don’t cause us to age,” and that some individual cells may have the right combination of genes that allows them to be healthy and immortal, the authors explain.

Current theories of the evolution of aging imply that aging could be stopped if only competition was strong enough to eliminate unhealthy and dangerous cells—namely, both senescent and cancerous ones.

In other words, scientists have assumed that we age because the selection pressure isn’t perfect: evolution at the cellular level isn’t doing its job.

That’s what the authors set out to test.

A Model of Aging

The team started with a basic idea: that cells cannot be both senescent and cancerous for an extended period of time. “Cancer mutations represent changes to traits [that] regulate the cell cycle and cause a cell to break the rules and divide when it’s not supposed to or decline to die when it is supposed to,” the team says.

These mutations boost the cell’s vigor, but lower its cooperation—after all, cancerous cells don’t play nice.

In contrast, mutations that lead to senescence mainly interfere with the metabolism of a cell, causing it to shut down growth. Aged cells lose their vigor, but by dying (or allowing themselves to be eliminated through competition) they cooperate until the end.

To see how competition changes the evolutionary trajectory of a cell, the team used a general, abstract mathematical system that shows how cells evolve over time depending on their current state.

For example, with aging, waste protein clumps accumulate inside cells, which drives down their overall function and health. This and other deleterious events lead to changes in the cell’s levels of vigor and cooperation, which in turn affects the health and lifespan of an organism.

To Nelson and Masel, the mutations are hardly ever good. A critical assumption in our model is that the organism will decline with age, the authors say. Some scientists have proposed that if cellular repair tools in the body are sufficiently strong it may be possible to maintain a perfectly healthy genome indefinitely, but these repair mechanisms themselves will degrade with time.

Solving the model led to an “inconvenient truth:” competition between cells is a double-edged sword, but lack of competition results in steady decay.

When cells compete for resources, senescent cells are efficiently wiped out and replaced with healthy ones, but mutations that lead to cancer proliferate. This causes a decrease in organism health because cooperation goes down.

If cells don’t compete—for example, in tissues where they’re fully mature and stop dividing, such as neurons—unhealthy cells can’t be replaced and organisms decline because their bodies are filled with aged, malfunctioning cells.

What we find is that “competition, or lack thereof, between cells can get rid of either cancer or senescence, but not both. And while you’re keeping one problem under control, the other is getting worse, like a game of whack-a-mole,” the authors say.

If you’re feeling bummed, there is a silver lining.

While the model says that aging will inevitably happen, it doesn’t rule out the possibility of slowing the process down.

“We probably have a lot of purely deleterious traits that cause us to age and die prematurely,” and taming those could potentially “dramatically” delay the process, just not indefinitely, the authors say.

In fact, the theory may even help anti-aging therapies in the pipeline.

Our model shows “that sort of treatment would lead to a short-term decrease in the symptoms of aging followed by an increased risk of cancer since you’ve just encouraged a bunch of cells to start proliferating,” the authors say.

In the end, we may get the most bang for our buck by tackling both problematic cell populations.

“Aging is a dynamic process where cancer and cell senescence change together, so our efforts to deal with each of those problems should probably work in concert as well,” the authors say.