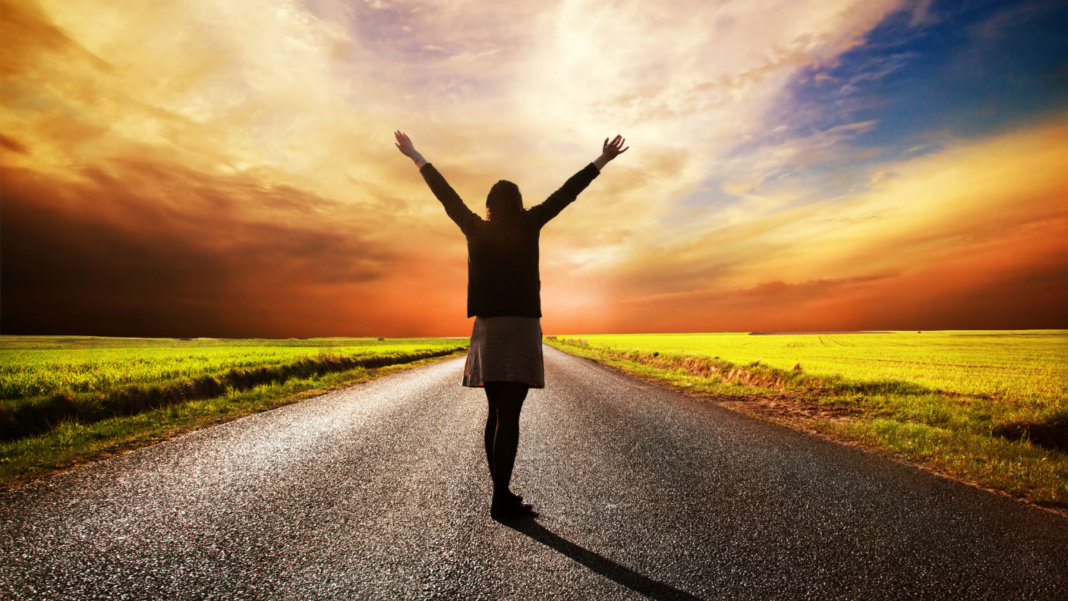 If your immediate answer was yes, here’s a follow-up question: if you could live to 100, what conditions would you want to accompany your longevity?

You would probably want your healthspan to match your lifespan—that is, you’d want your body to be fit, your mind to be sound, and your friends and loved ones to remain close to you.

According to award-winning author and entrepreneur Ken Dychtwald, more people than ever before are now contemplating these questions—and the number is only going to grow, because we’re in the middle of a longevity revolution.

If anyone has the authority to make that claim, he does. Dychtwald is founding CEO of Age Wave, the nation’s foremost thought leader on issues relating to an aging population. He served as a fellow of the World Economic Forum, was a featured speaker at two White House Conferences on Aging, and has twice received the American Society on Aging Award for outstanding national leadership.

In a talk at Singularity University’s Exponential Medicine summit in San Diego this week, Dychtwald asked the audience to “take all the things you currently think about aging, health, and longevity, and just park them.”

Dychtwald pointed out that our quest for longevity isn’t a newfangled idea by any means; on the contrary, humans have been trying to crack the code of eternal life for centuries. “Ponce de León, 700 years ago, was not looking for farmland. He was looking for magical fountains of youth,” he said.

But just because people have always sought longevity doesn’t mean they’ve found it—until now. “Throughout history most people didn’t age, they died,” Dychtwald pointed out. “In the 1850s couples didn’t say, ‘Gee, honey, what would you like to do after retirement?’ Because you’d be dead.”

He explained that throughout 99 percent of human history, the average life expectancy worldwide has been under 18 at birth. Growing old before dying, in fact, is still such a novelty that two-thirds of all the people who have ever lived past 65—in the entire history of the world—are alive today.

Old Is the New Young

So if we’re living longer than we ever have before, how do we know when we’re actually old? The retirement age is set at 65, so we’ve come to take that as a benchmark—but we see 60 and 70-something retirees picking up new hobbies, doing vigorous exercise, traveling, and producing creative work, and it doesn’t quite seem accurate to refer to them as ‘old.’ Dychtwald told the audience that 65 was designated as ‘old’ by Otto von Bismarck in 1880s Germany, when average life expectancy was 45.

He then shared the following anecdote: “I was invited to provide commentary on CNN when John Glenn announced he was going back up into space at 77. I watched his interviews and there were a lot of young reporters saying things like, ‘Aren’t you a little old for this? What if your head blows up? What if your arteries explode?’ And Glenn turned to these reporters and said, ‘Just because I’ll be 77 doesn’t mean I don’t still have dreams.’”

When we think of people with vivid imaginations and bright new ideas, we automatically think of kids and young people—and our society and markets are set up to meet each and every need those kids and young people may have. It’s seemingly most profitable for the market to shape itself around a young demographic, but the truth is there’s enormous opportunity to meet peoples’ needs at every stage of life—and the opportunities going most untapped are those for the over-65 demographic.

Dychtwald offered a relevant example from recent US history: the creation of new housing developments outside cities, also known as suburbs. At first, he noted, people thought building housing far from cities would never work; who would want to live there? How bored would they get? But suburbs were built anyway, and lo and behold, they grew in value by 500 percent in one decade.

Dychtwald added, “It wasn’t just the houses, it was all the stuff: the refrigerators, the carpeting, the telephones that populated these young families because of this baby boom.”

If we turn a forward-looking eye to this phenomenon, then, what do the business opportunities—and the human opportunities—look like? How do we match healthspan to lifespan? Dychtwald broke the solutions down into three categories.

Among over 120 medical schools in the US, there are only 13 departments of geriatrics, Dychtwald noted. On top of that, 95 percent of doctors and nurses who graduate this year will not have taken one elective in geriatric medicine.

“People often think of the big ones,” he said. “Like, ‘let’s go after cancer.’” But, he continued, chronic conditions and multiplicity of chronic conditions is the new normal in an aging population, and these conditions need more attention. Our medical system must become more skilled at dealing with degenerative diseases of aging like adult onset diabetes, osteoarthritis, or Alzheimer’s.

People over 50 are only 44 percent of the adult population, but they account for 52 percent of personal care product sales, 55 percent of physical therapy sessions, 63 percent of surgeries, and the list goes on. Companies commonly build their brand by celebrating youth—think of any athletic wear, beverage, or snack commercial. But do any brands come to mind for companies celebrating being 60 or 70?

“I was in Nairobi a few months ago, and they refer to older people as elders, with great stature. Younger people are called junior elders, because they’re people who want to be elder. We don’t even have language about 60, 70, and 80-year-olds,” Dychtwald said. The wellness marketplace needs to be reconceptualized to be inclusive of and respectful towards the aging population.

One of the biggest fears people have about getting old is losing their minds. Diseases like Alzheimer’s and dementia are frightening, unavoidable, and, as they stand, completely incurable. To address this challenge, Dychtwald and Peter Diamandis launched the Alzheimer’s XPRIZE.

“Our goals were to activate the crowd to unleash innovation, to find the bio targets that are pre-symptomatic to stop this disease before we even experience it. We want to stop Alzheimer’s, and match brain-span to lifespan,” Dychtwald said.

Crowdsourcing has a unique ability to breed new kinds of solutions by bringing together different disciplines and perspectives—so why not harness that power to cure ourselves of a devastating disease that’s only going to become more prevalent as the population ages?

“We are in the midst of an evolutionary moment,” Dychtwald concluded. “In the decades to come, due to exponential technologies and ideas, we’re going to see the explosion of longevity and a global tipping of demography from young to old. The question is whether we grow old with productivity, dignity, and health, or with disabilities, suffering, and pain. It’s up to you.”