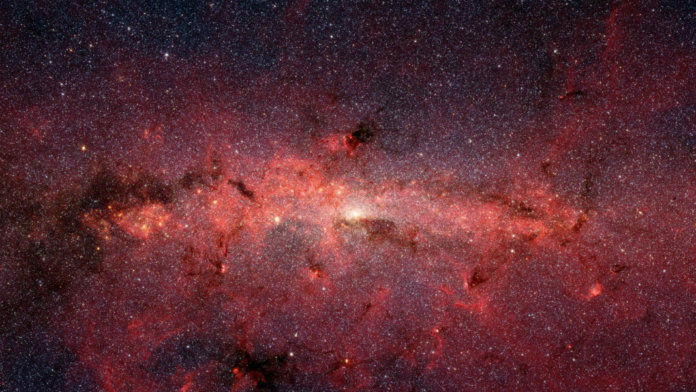 The alternative universe known as science fiction has given our culture a menagerie of alien species. From overstuffed teddy bears like Ewoks and Wookies to terrifying nightmares such as Alien and Predator, our collective imagination of what form alien life from another world may take has been irrevocably imprinted by Hollywood.

It might all be possible, or all these bug-eyed critters might turn out to be just B-movie versions of how real extraterrestrials will appear if and when they finally make the evening news.

One thing for certain is that aliens from another world will be shaped by the same evolutionary forces as here on Earth—natural selection. That’s the conclusion of a team of scientists from the University of Oxford in a study published this month in the International Journal of Astrobiology.

The researchers suggest that evolutionary theory—famously put forth by Charles Darwin in his seminal book On the Origin of Species 158 years ago this month—can be used to make some predictions about alien species. In particular, the team argues that extraterrestrials will undergo natural selection, because that is the only process by which organisms can adapt to their environment.

While it’s likely that NASA or some SpaceX-like private venture will eventually kick over a few space rocks and discover microbial life in the not-too-distant future, the sorts of aliens Levin and his colleagues are interested in describing are more complex. That’s because natural selection is at work.

A quick evolutionary theory 101 refresher: Natural selection is the process by which certain traits are favored over others in a given population. For example, take a group of brown and green beetles. It just so happens that birds prefer foraging on green beetles, allowing more brown beetles to survive and reproduce than the more delectable green ones. Eventually, if these population pressures persist, brown beetles will become the dominant type. Brown wins, green loses.

And just as human beings are the result of millions of years of adaptations—eyes and thumbs, for example—aliens will similarly be constructed from parts that were once free living but through time came together to work as one organism.

“Life has so many intricate parts, so much complexity, for that to happen (randomly),” Levin explains. “It’s too complex and too many things working together in a purposeful way for that to happen by chance, as how certain molecules come about. Instead you need a process for making it, and natural selection is that process.”

Just don’t expect ET to show up as a bipedal humanoid with a large head and almond-shaped eyes, Levin says.

“They can be built from entirely different chemicals and so visually, superficially, unfamiliar,” he explains. “They will have passed through the same evolutionary history as us. To me, that’s way cooler and more exciting than them having two legs.”

Seth Shostak, a lead astronomer at the SETI Institute and host of the organization’s Big Picture Science radio show, wrote that while the argument is interesting, it doesn’t answer the question of ET’s appearance.

Shostak argues that a more productive approach would invoke convergent evolution, where similar environments lead to similar adaptations, at least assuming a range of Earth-like conditions such as liquid oceans and thick atmospheres. For example, an alien species that evolved in a liquid environment would evolve a streamlined body to move through water.

“Happenstance and the specifics of the environment will produce variations on an alien species’ planet as it has on ours, and there’s really no way to predict these,” Shostak concludes. “Alas, an accurate cosmic bestiary cannot be written by the invocation of biological mechanisms alone. We need data. That requires more than simply thinking about alien life. We need to actually discover it.”

The search is on. On one hand, the task seems easy enough: There are at least 100 billion planets in the Milky Way alone, and at least 20 percent of those are likely to be capable of producing a biosphere. Even if the evolution of life is exceedingly rare—take a conservative estimate of .001 percent or 200,000 planets, as proposed by the Oxford paper—you have to like the odds.

Of course, it’s not that easy by a billion light years.

Planet hunters can’t even agree on what signatures of life they should focus on. The idea is that where there’s smoke there’s fire. In the case of an alien world home to biological life, astrobiologists are searching for the presence of “biosignature gases,” vapors that could only be produced by alien life.

As Quanta Magazine reported, scientists do this by measuring a planet’s atmosphere against starlight. Gases in the atmosphere absorb certain frequencies of starlight, offering a clue as to what is brewing around a particular planet.

The presence of oxygen would seem to be a biological no-brainer, but there are instances where a planet can produce a false positive, meaning non-biological processes are responsible for the exoplanet’s oxygen. Scientists like Sara Seager, an astrophysicist at MIT, have argued there are plenty of examples of other types of gases produced by organisms right here on Earth that could also produce the smoking gun, er, planet.

Life as We Know It

Indeed, the existence of Earth-bound extremophiles—organisms that defy conventional wisdom about where life can exist, such as in the vacuum of space—offer another clue as to what kind of aliens we might eventually meet.

Lynn Rothschild, an astrobiologist and synthetic biologist in the Earth Science Division at NASA’s Ames Research Center in Silicon Valley, takes extremophiles as a baseline and then supersizes them through synthetic biology.

For example, say a bacteria is capable of surviving at 120 degrees Celsius. Rothschild’s lab might tweak an organism’s DNA to see if it could metabolize at 150 degrees. The idea, as she explains, is to expand the envelope for life without ever getting into a rocket ship.

While researchers may not always agree on the “where” and “how” and “what” of the search for extraterrestrial life, most do share one belief: Alien life must be out there.

“It would shock me if there weren’t [extraterrestrials],” Levin says. “There are few things that would shock me more than to find out there aren’t any aliens…If I had to bet on it, I would bet on the side of there being lots and lots of aliens out there.”