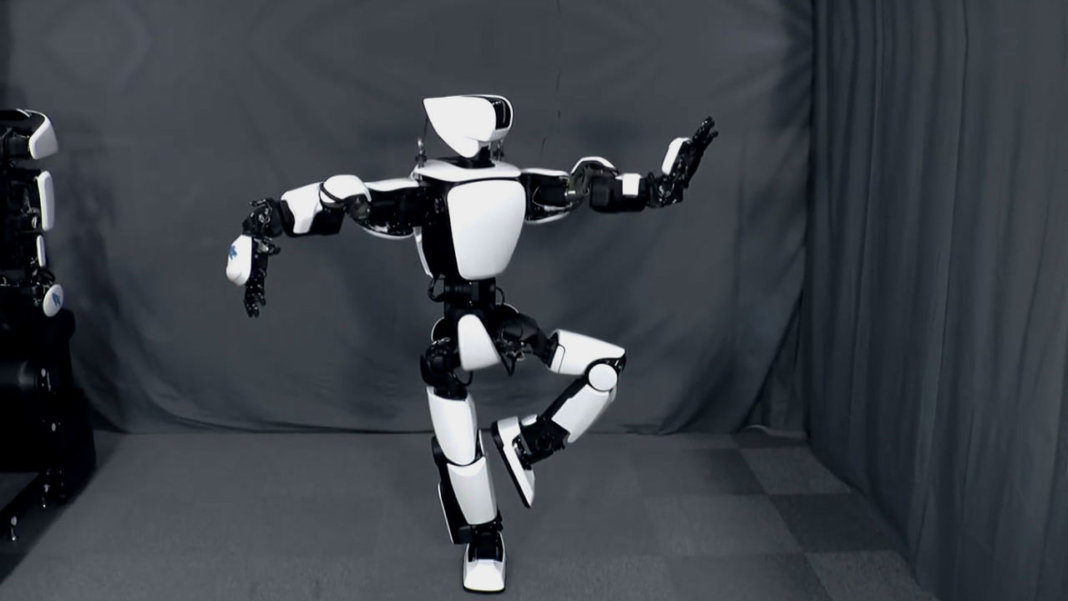 Picture a robot. In all likelihood, you just pictured a sleek metallic or chrome-white humanoid. Yet the vast majority of robots in the world around us are nothing like this; instead, they’re specialized for specific tasks. Our cultural conception of what robots are dates back to the coining of the term robots in the Czech play, Rossum’s Universal Robots, which originally envisioned them as essentially synthetic humans.

The vision of a humanoid robot is tantalizing. There are constant efforts to create something that looks like the robots of science fiction. Recently, an old competitor in this field returned with a new model: Toyota has released what they call the T-HR3. As humanoid robots go, it appears to be pretty dexterous and have a decent grip, with a number of degrees of freedom making the movements pleasantly human.

This humanoid robot operates mostly via a remote-controlled system that allows the user to control the robot’s limbs by exerting different amounts of pressure on a framework. A VR headset completes the picture, allowing the user to control the robot’s body and teleoperate the machine. There’s no word on a price tag, but one imagines a machine with a control system this complicated won’t exactly be on your Christmas list, unless you’re a billionaire.

Toyota is no stranger to robotics. They released a series of “Partner Robots” that had a bizarre affinity for instrument-playing but weren’t often seen doing much else. Given that they didn’t seem to have much capability beyond the automaton that Leonardo da Vinci made hundreds of years ago, they promptly vanished. If, as the name suggests, the T-HR3 is a sequel to these robots, which came out shortly after ASIMO back in 2003, it’s substantially better.

Slightly less humanoid (and perhaps the more useful for it), Toyota’s HSR-2 is a robot base on wheels with a simple mechanical arm. It brings to mind earlier machines produced by dream-factory startup Willow Garage like the PR-2. The idea of an affordable robot that could simply move around on wheels and pick up and fetch objects, and didn’t harbor too-lofty ambitions to do anything else, was quite successful.

So much so that when Robocup, the international robotics competition, looked for a platform for their robot-butler competition @Home, they chose HSR-2 for its ability to handle objects. HSR-2 has been deployed in trial runs to care for the elderly and injured, but has yet to be widely adopted for these purposes five years after its initial release. It’s telling that arguably the most successful multi-purpose humanoid robot isn’t really humanoid at all—and it’s curious that Toyota now seems to want to return to a more humanoid model a decade after they gave up on the project.

What’s unclear, as is often the case with humanoid robots, is what, precisely, the T-HR3 is actually for. The teleoperation gets around the complex problem of control by simply having the machine controlled remotely by a human. That human then handles all the sensory perception, decision-making, planning, and manipulation; essentially, the hardest problems in robotics.

There may not be a great deal of autonomy for the T-HR3, but by sacrificing autonomy, you drastically cut down the uses of the robot. Since it can’t act alone, you need a convincing scenario where you need a teleoperated humanoid robot that’s less precise and vastly more expensive than just getting a person to do the same job. Perhaps someday more autonomy will be developed for the robot, and the master maneuvering system that allows humans to control it will only be used in emergencies to control the robot if it gets stuck.

Toyota’s press release says it is “a platform with capabilities that can safely assist humans in a variety of settings, such as the home, medical facilities, construction sites, disaster-stricken areas and even outer space.” In reality, it’s difficult to see such a robot being affordable or even that useful in the home or in medical facilities (unless it’s substantially stronger than humans). Equally, it certainly doesn’t seem robust enough to be deployed in disaster zones or outer space. These tasks have been mooted for robots for a very long time and few have proved up to the challenge.

Instead, the robot seems designed to work alongside humans. Its design, standing 1.5 meters tall, weighing 75 kilograms, and possessing 32 degrees of freedom in its body, suggests it is built to closely mimic a person, rather than a robot like ATLAS which is robust enough that you can imagine it being useful in a war zone. In this case, it might be closer to the model of the collaborative robots or co-bots developed by Rethink Robotics, whose tons of safety features, including force-sensitive feedback for the user, reduce the risk of terrible PR surrounding killer robots.

Instead the emphasis is on graceful precision engineering: in the promo video, the robot can be seen balancing on one leg before showing off a few poised, yoga-like poses. This perhaps suggests that an application in elderly care, which Toyota has ventured into before and which was the stated aim of their simple HSR-2, might be more likely than deployment to a disaster zone.

The reason humanoid robots remain so elusive and so tempting is probably because of a simple cognitive mistake. We make two bad assumptions. First, we assume that if you build a humanoid robot, give its joints enough flexibility, throw in a little AI and perhaps some pre-programmed behaviors, then presto, it will be able to do everything humans can. When you see a robot that moves well and looks humanoid, it seems like the hardest part is done; surely this robot could do anything. The reality is never so simple.

We also make the reverse assumption: we assume that when we are finally replaced, it will be by perfect replicas of our own bodies and brains that can fulfill all the functions we used to fulfill. Perhaps, in reality, the future of robots and AI is more like its present: piecemeal, with specialized algorithms and specialized machines gradually learning to outperform humans at every conceivable task without ever looking convincingly human.

It may well be that the T-HR3 is angling towards this concept of machine learning as a platform for future research. Rather than trying to program an omni-capable robot out of the box, it will gradually learn from its human controllers. In this way, you could see the platform being used to explore the limits of what humans can teach robots to do simply by having them mimic sequences of our bodies’ motion, in the same way the exploitation of neural networks is testing the limits of training algorithms on data. No one machine will be able to perform everything a human can, but collectively, they will vastly outperform us at anything you’d want one to do.

So when you see a new android like Toyota’s, feel free to marvel at its technical abilities and indulge in the speculation about whether it’s a PR gimmick or a revolutionary step forward along the road to human replacement. Just remember that, human-level bots or not, we’re already strolling down that road.