The Enormous Promise and Peril of Bioengineering’s Pandora’s Box 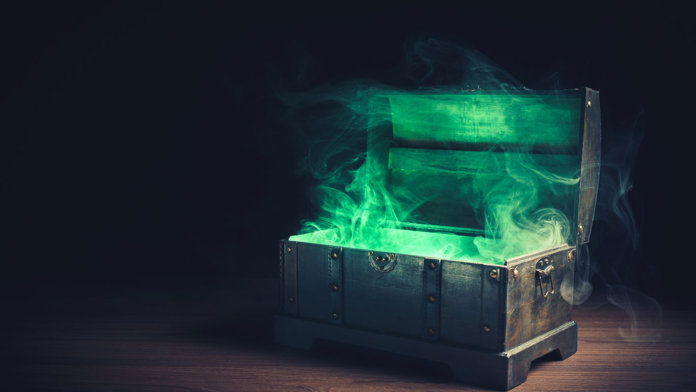 We’re standing on the threshold of extraordinary capability in synthetic biology. CRISPR-Cas9, the genome editing technique discovered in 2014, is at the forefront of this newfound potential for innovation. These advancements provide an opportunity to solve problems in food supply, disease, genetics, and—the most tantalizing and forbidden of prospects—modifying the human genome. Doing so would make us better, faster, stronger, more resilient, and more intelligent: it’s a chance to engineer ourselves at a faster rate than natural selection could ever dream.

However, many experts warn of the dangers of these new capabilities. A vast torrent of money is flowing towards biotech startups, and the race to be first can encourage cutting corners. Researchers in 2017 resurrected an extinct strain of the horsepox virus. CRISPR may make it possible to create the bioweapons carefully safeguarded by the US and Russian governments, such as smallpox, or to take an existing disease, like Ebola, and modify it into an epidemiologist’s worst nightmare.

With these mind-bending breakthroughs that seem like science fiction, it can be a near-impossible task to discern hype from reality. Yet this is a crucial task for our politicians—who are overwhelmingly not scientists—to undertake. How can we realistically assess the potential risks and rewards? Now, a new study combining researchers from the US and the UK, published recently in eLifeSciences, gives an expert perspective on 20 emerging issues in bioengineering.

We’re running out of farming space as the world’s population continues to grow; to feed the world, a new Green Revolution may be necessary. Enhancing natural photosynthesis through genetic modification may prove to be the answer, as the C4 gene is being engineered into rice. Since this gene could boost rice yields by up to 50 percent, and since rice provides hundreds of millions with most of their calories, it’s a huge potential development.

The researchers also expect two major debates to begin in earnest over the next five years. The first is about the ethics of gene drives, which can “force” a population to inherit new characteristics. For insects like mosquitos, these genes can spread very rapidly, and people have mooted using them to render mosquitos infertile. At the same time, they could wreak havoc on ecosystems and may have unintended consequences. Is the solution an outright ban on the use of gene drives or can we find clever ways to control these gene drives, and “de-activate” them before they spread too far, or after a certain number of generations? This way, advocates argue, we can measure any ill effects before plowing ahead and re-engineering the biosphere. Skeptics are not too sure.

The big debate will kick into gear over the next five years: how comfortable are we with editing the human genome? The researchers note that our capacity to edit the human genome has already surpassed our understanding of the functions of these genes. Previous studies have essentially looked at statistical correlation between genetic conditions and possessing certain genes. Perhaps careful editing will allow us to perform experiments that will unlock a greater understanding of our own DNA; already, in mice, we can knock out conditions like Huntington’s disease.

Yet, as ever, experimenting with humans poses a unique set of ethical problems, and the researchers note that the world’s governments don’t come close to agreeing on the right course of action, with China more bullish than other countries. It seems likely that few will object to curing monogenic conditions, but is this the start of a slippery slope?

In the intermediate term, researchers worry about ever more sophisticated bioengineering technologies. Perhaps, in five to ten years, we will be able to construct whole replacement organs through tissue engineering. They note that in the last few years, “Tissue engineers have already built or grown transplantable bladders, hip joints, vaginas, windpipes, veins, arteries, ears, skin, the meniscus of the knee, and patches for damaged hearts.”

Repairing your broken heart might sound like an ideal use of biotechnology, and—as trials on animals go ahead and demonstrate that these engineered tissues can be successfully implanted—it’s a real prospect. But it’s unlikely to be cheap: could this exacerbate the healthcare gaps that already exist in society, with the super-rich able to afford to replace their organs and extend their lifespans while the rest of us are doomed to death and taxes?

The far-reaching ability of these techniques will impact drug manufacturing in unprecedented ways. Vaccines are a textbook example. Currently, many vaccines are produced using hen’s eggs as incubators, the same technique that’s been used for 70 years. As expected, there are limitations to such an old method; the most important strains of a virus must be predicted months in advance because vaccine production takes several months to complete. DARPA—funders of the Internet, self-driving cars, and cool disaster robots—awarded a grant to a company that could produce ten million flu vaccines within a month. If we’re in a race against the next pandemic—which could kill millions, as the Spanish influenza did—then it almost seems a moral imperative to develop this technology.

Yet as it becomes accessible by more and more people, there are other risks. Illegal drugs could be manufactured more efficiently through bioengineering. Far worse is the prospect of a bioengineered super-virus, created by accident or maliciously. Genetic information will become the new currency; just as an algorithm today can be worth millions or wreak havoc, soon the same security measures will need to apply to genetics. We can only hope that these security efforts are well-funded and carried out with the utmost care. The consequences of a computer virus can be damaging; the consequences of ‘malware’ for humans could be far worse.