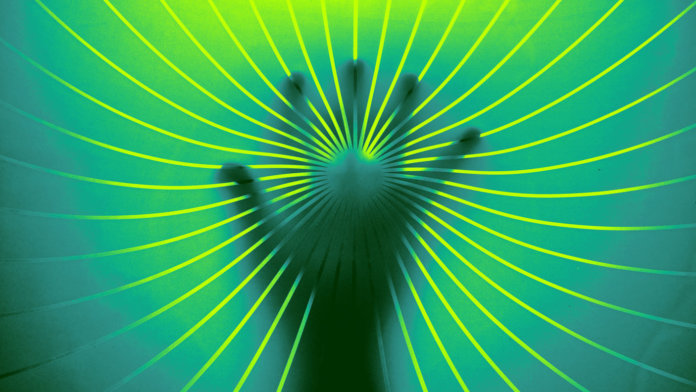 Why can we heal a wound, but not grow back a severed limb? Michael Levin thinks the key lies in the secret electrical language our cells use to talk to one another, and he thinks we’re not far from cracking the code.

Levin, the director of the Allen Discovery Center at Tufts University, has carried out some hair-raising experiments, getting worms to grow back with two heads and frogs to grow extra limbs. While most would assume this took some outlandish genetic engineering, Levin instead manipulates the bioelectric signals that help dictate an animal’s body plan.

The hope is that if we can learn to understand and control these signals we may eventually be able to help humans regenerate damaged limbs and organs, repair birth defects, or even reprogram cancer. I caught up with Levin to see how progress is going.

Edd Gent: Can you outline the mission of your lab?

Michael Levin: First of all, we want to understand how biological systems process information. So we’re interested in how living tissues make decisions, how they store memories, how cells cooperate towards specific outcomes.

Once we have a better understanding of how biological systems make decisions, we’d like to be able to manipulate those decisions for biomedical purposes. For example, reprogramming tumors and causing repair and regeneration of injury. So the goal is really to understand and then medically exploit the amazing ability of living tissues to compute and process information.

EG: How is your approach different from that of other labs?

ML: There are many labs studying the molecular mechanisms of how cells and tissues operate. But what we’re interested in is not only those mechanisms, but also the information content and the algorithms cells and tissues are using. We are in an emerging field called primitive cognition, which is the question of how systems that are not necessarily brains—so everything from plants to single-cell organisms to tissues—process information.

In addition to the common biochemical and molecular aspects everybody studies, we’ve been developing a brand new understanding of cell communication that takes place electrically. It turns out that all cells, not just neurons, communicate electrically. We were the first to develop molecular tools to really listen in on all the electrical conversations cells and tissues were having with each other and to develop strategies to alter those conversations. So we can control not only individual cell behavior, but more importantly, we control large-scale body pattern formation and regeneration by altering the electrical communication among cells.

EG: How much do we know about the role electrical communication plays in development and regeneration?

ML: What we know right now is that electrical signals are really important in a number of regenerative events. What we don’t know is how easy or difficult it’s going to be to manipulate these things for human biomedicine. We’ve shown applications for some really promising types of control in non-human model systems and also in human cells in culture. But how it’s going to play out in the adult human is unknown.

One of the most surprising and important things coming out of our work has been that if you manage the bioelectric circuits appropriately, you can have [body] shape outcomes that are completely different from the standard default of that species without touching the genome. It turns out the genome encodes the hardware. But once you have that hardware, the software that runs on it, which is all the electrical signals that cells send to each other, is really pretty malleable. Thus the relationship between the genome and the anatomy is not quite what people thought it was, and there’s a lot of opportunity to make changes despite a normal genome.

EG: So bioelectricity is responsible for governing body plan and regeneration?

ML: Electrical signals cooperate with all the other types of signals cells use, like chemical signals or physical forces like stresses, pressures, and tensions. So it’s definitely not alone, but the reason we focus on it is because I think it’s one of the most tractable signals for controlling decision-making.

EG: Does that mean there are important overlaps between how living systems and computers process information?

ML: I’m not saying living tissues operate the way modern computers operate. Nevertheless, things we’ve learned in computer science are showing us one way to understand how living tissues exploit electricity, and that is a distinction between hardware and software. I think that’s really profound, and I think it’s what has enabled computer science to drive a revolution in information technology.

Most people think the next revolution will come in the fields of biology and medicine. I think in order for that to happen we really need to understand the distinction between biological software and hardware. Right now the science of this field is very good at manipulating the hardware, we’re very good at pushing around molecules, and we’re getting smaller and smaller with the ability to control individual cells.

But what we need is not just the ability to mess around with the hardware, we actually need to be able to control the decision-making and the algorithms cells and tissues are using to figure out what they should be doing. If that hadn’t happened in the computer science field, we would still be programming by moving wires around. That’s why we’ve had this information technology revolution, because computer scientists figured out how to deal at the level of information control, not at the level of the hardware itself. Biology and medicine have to move in that direction.

EG: What are some of your recent breakthroughs?

ML: One thing we recently showed in a regenerating flatworm model was that the same body can store at least two different pattern memories. If you look at the anatomy and molecular markers it’s totally normal, you couldn’t tell the difference. But what we have done is rewrite the bioelectric pattern this animal is going to use to decide how to regenerate if it is injured in the future.

If you cut one of these altered worms they will regenerate with two heads, one on each end, so where the tail goes there will be a head. For developmental and regenerative biology this is a complete shock, that the same body with the same genome can store more than one possible electrical pattern that serves as a memory for regeneration. You can do this without changing the genomic sequence.

We also did an experiment treating embryonic frogs with various teratogens—compounds that cause severe embryonic brain defects, including genetic mutations. We can use our modification of the embryo’s electrical pattern to rescue a normal brain with normal shape, with normal gene expression and almost normal behavior even though those teratogens were present. This is a proof of principle for regenerative medicine to fix birth defects using manipulation of the electrical state.

EG: What could be the practical applications of your work in the future?

ML: The applications go in four broad categories. The first is the ability to recognize and repair birth defects. Regenerative medicine of injury should be another. The third application is going to be cancer. We’ve already had several interesting sets of papers published by our lab showing that you can reprogram tumors by managing the bioelectrics appropriately.

The last application is synthetic biology. Right now, synthetic biology is mainly done in single cells, reprogramming cells to clean up toxins and make drugs and all that. The future of synthetic biology lies in synthetic morphology. The idea is to create living functional artificial biological machines. This could be anything from growing organs in culture for transplant to making little biobots that have never existed before to do little tasks.

EG: How far off are these practical applications?

ML: I think that’s impossible to predict, but to give you a general range, I’m pretty sure some of these applications are going to be available in the next decade. Cancer is probably the low-hanging fruit. Some of the synthetic bioengineering stuff should definitely be coming online in the next few years.

Limb regeneration is going to take significantly longer, but I also think it’s quite possible. The birth defect stuff I expect to see some significant applications in the next few years. I’m not a clinician, though. My lab does not do clinical human work, so everything we discover is basic science, and we depend on collaborators and people who work at the biomedical interface to take our discoveries and move them into medical applications.

Importantly, the way to control a lot of these bioelectric processes is through targeting ion channels. All of the existing drugs targeting ion channels—and there are many of them—make an incredibly powerful toolkit. They have already been approved for human use, which means they can be readily deployed.

We’re working on an AI platform that will help pick drugs for specific purposes. You’’ll be able to describe what outcome you want and it will use a set of bioelectric simulators and databases of drugs to try and pick drug cocktails that will make that possible. Once that comes online, and that’s probably a year or two away, it will really accelerate people’s ability to move this research towards biomedicine.