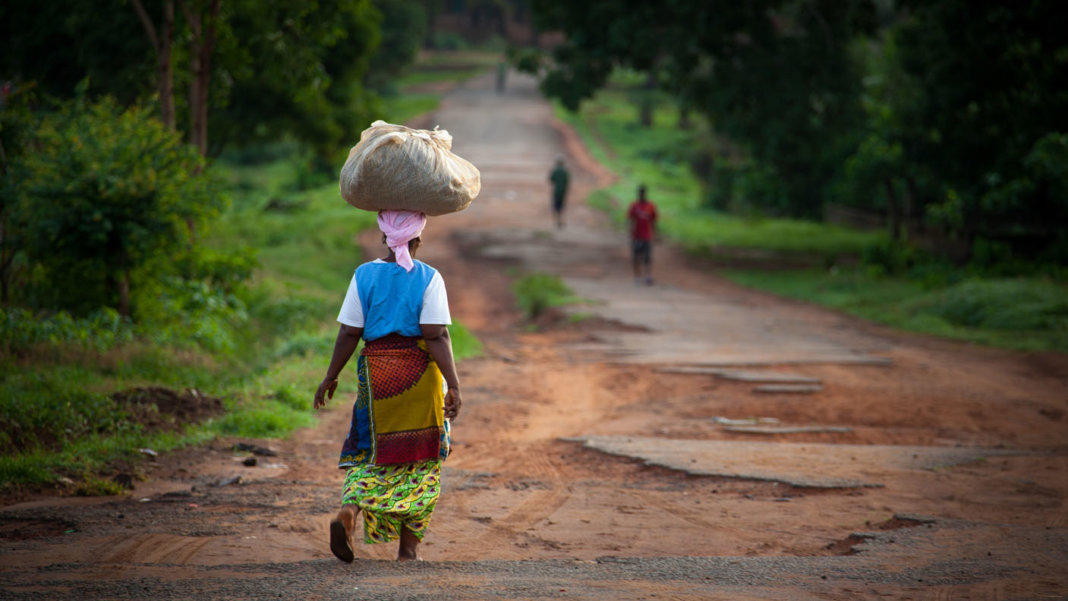 Few will deny 2017 was a rough year. But believe it or not, we’re still living in the best time ever to be alive, and the world as a whole is better off than it has been at any other time in human history.

But perhaps most crucially, the percentage of humans living in extreme poverty—defined by the World Bank as subsisting on less than $1.90 per day—has plummeted in the past 30 years.

In 1990 the UN set a goal to cut the world’s poverty rate in half by 2015, and we reached it five years early, in 2010; over a billion people escaped extreme poverty in just 20 years. That’s a remarkable and unprecedented shift.

But more than ten percent of the world’s population is still extremely poor. How do we get that down to zero? And is it even possible to do so? Examining the factors that helped cut poverty in the past few decades, signs point to more development roadblocks than superhighways in the years to come.

The drop in poverty from the 1980s to present was driven by just two countries: China and India. The statistics for China are especially mind-blowing: In 1981, a staggering 88 percent of Chinese were extremely poor, but by 2013 that figure had dropped, incredibly, to just 2 percent. India’s figures, though not as drastic, are still impressive: In about the same period of time, the poor population declined from 54 to 21 percent.

Sub-Saharan Africa, by comparison, had a 54 percent poor population in 1990, down to 41 percent in 2013. Not only is the decline much smaller than China or India’s, but due to massive population growth in Africa, the absolute number of poor people actually rose by 113 million.

What’s behind these development discrepancies? Is it possible to take what China did right and replicate it in Africa? Not to mention, will China and India’s positive trend continue, or is it in danger of backpedaling?

For 86 percent of its people to escape poverty in 32 years, China has to have done a lot of things right, had some amazing strokes of luck, or both. We know there was a massive manufacturing influx due to the country’s plentiful cheap labor and increasingly global supply chains, but this alone wouldn’t have yielded the same outcome just anywhere. China got a leg up thanks to three main drivers (each of which came with its own corresponding drawback).

It’s widely agreed these days that democracy’s the way to go, system-of-government wise. But had China been a democracy, it likely wouldn’t have grown as much or as fast as its authoritarian government enabled it to. When making decisions and implementing reforms, there was no need to appease disgruntled voters or negotiate between parties. The government also owned all the country’s land, which made launching new infrastructure projects like roads or bridges relatively fast and barrier-free.

While the government did well on the economic growth and development front, though, it lagged far behind Western nations in crucial areas like human rights and the environment.

Even if a country’s GDP grows consistently, it’s not going to benefit the average citizen much if the population is growing even faster. The Chinese government introduced its one-child policy in 1979, and over the next 20 years the fertility rate dropped from 2.7 births per woman to 1.4. This resulted in the Chinese population growing 38 percent between 1980-2013. Compare that to India’s 84 percent in the same time period, or Sub-Saharan Africa’s whopping 147 percent.

The one-child policy exacerbated a preference for boys over girls that led to baby girls being discarded, and a dramatic modern-day gender imbalance. But fewer mouths to feed means more food per mouth, more wealth per capita, and more people escaping extreme poverty.

High birth rates before the one-child policy meant the opening of China’s economy coincided perfectly with a huge working-age population. Children and the elderly can’t pick up and move to cities to work in factories, but people in their 20s to 40s can. According to the Financial Times, China’s urban migration was the biggest human exodus in history—and it couldn’t have happened with a population skewed towards youth or old age.

All the people who were of working age at the beginning of this century, though, aren’t anymore; they’re aging, and the country’s birth rate hasn’t been high enough to replace them. The end of the Chinese miracle is fast approaching, along with a rising dependency ratio and a host of other challenges related to a majority elderly population.

The economic reforms China implemented starting in the late 1970s and its massive investment in education certainly contributed to its drop in poverty, too.

However, it’s important to note that while millions in China have risen out of extreme poverty, millions more are still relatively poor. Drastic income inequality has also arisen between urban and rural areas.

The working-age population in China is on the decline, and Africa has the highest birth rates in the world. Could the next wave of industrialization happen in Africa and catalyze another miracle like China’s? If so, the world’s remaining 10.7 percent extreme poverty would certainly decline.

Replicating China’s success, though, will be difficult on multiple fronts, if not impossible. Africans have already begun to leave rural areas in favor of cities, with an annual urban growth rate of almost 4 percent (as compared to the global average of 1.84 percent)—but those cities aren’t equipped to keep up with the influx of new residents. Basic services like healthcare and public transit are lacking, as is infrastructure.

The Chinese government was able to overcome these limitations fairly quickly. But Sub-Saharan Africa is made up of 46 different countries with 46 different governments, many of which are mired in corruption or even classified as fragile or failed states.

Perhaps the starkest contrast with China, though, is Africa’s population growth. As mentioned above, the region’s population has grown more than anywhere else on Earth—and it’s not showing signs of slowing, with a fertility rate of 4.92 in 2015, more than double the global average. The UN’s medium forecast puts Africa’s 2050 population at 2.5 billion, a number that would strain resources even in an economy dramatically stronger than the continent’s current ones.

An African Miracle, then, may not be in the cards. But that doesn’t mean all hope is lost. Leaders in African nations can learn from China’s successes and its failures—for example, in place of a one-child policy, African countries should pour resources into family planning and education for women. They should invest in infrastructure now, when the working-age population is plentiful, to begin positioning the continent as the world’s next industrial powerhouse.

Where will the money for these investments come from, though?

Foreign aid is the first answer that jumps to mind. But as Princeton economics and international affairs professor Angus Deaton points out in his book The Great Escape: Health, Wealth, and the Origins of Inequality, truly sustainable development can actually be stymied by foreign aid. When the conditions for development are present, he believes, aid is not required. When these conditions don’t exist, aid can end up perpetuating poor countries’ challenges.

The conditions for development existed in China thirty years ago, and many of them exist in Africa today. But to capitalize on those conditions, the continent will need help navigating the challenges China was able to overcome largely on its own.

And guess who’s helping? Besides investing heavily in infrastructure projects across Africa, China is running political training programs for African leaders, teaching them the tactics it used to spur development. China has also given tens of thousands of scholarships to African students, and now hosts more of them at its universities than the US or the UK do.

Whether China’s activity is more philanthropic or self-interested is up for debate—but luckily, the two motivators aren’t mutually exclusive. If China can duplicate its success in Africa by helping lift its people out of poverty, making returns on its investments in the process, it’s unlikely anyone will complain.