These Are the Most Exciting Industries and Jobs of the Future 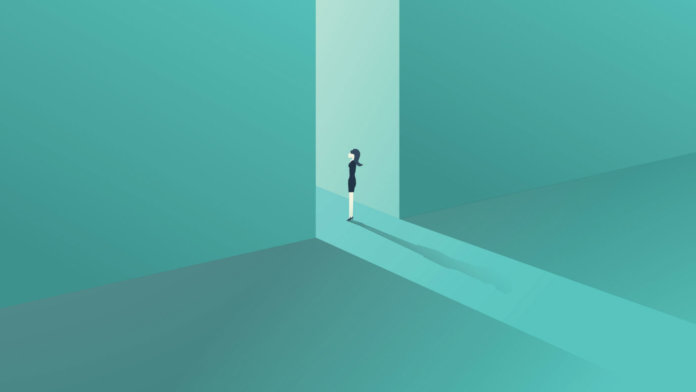 We’ve all read the headlines: the robots are coming, and they will take our jobs. In fact, up to 45 percent of tasks workers perform can be automated using current technology, let alone future forecasts.

However, there is a side of this story that is often overlooked: while emerging technologies will destroy many jobs, they will also create many new ones. In fact, over half of the jobs current middle school students will be doing in the future do not even exist today. Widespread innovation is continuing to give birth to exciting new industries, all of which are sources of new jobs.

More often than not, we have used our imaginations to envision dystopian futures where we submit to robots that leave us feeling jobless and purposeless. But we can also imagine an exciting parallel future in which technology has created even more opportunities for the workforce.

So, what are some of the most exciting emerging jobs and industries?

The Imagination and Creativity Sector

Technological trends are giving rise to what many thought leaders refer to as the “imagination economy.” This is defined as “an economy where intuitive and creative thinking create economic value, after logical and rational thinking have been outsourced to other economies.” Unsurprisingly, humans continue to outdo machines when it comes to innovating and pushing intellectual, imaginative, and creative boundaries, making jobs involving these skills the hardest to automate.

Examples of roles in the creativity sector of the near future include 3D printing fashion designer, VR experience designer, organ designers, and augmented reality architects. These jobs will be driven by the rise of novel creative tools such as 3D printing and virtual reality, among existing digital tools.

What is notable about such roles is that at their very core, they are multidisciplinary. Many of them are examples of STEAM skills in which the ‘A’ stands for the arts, in its broadest definition (including liberal and fine arts along with humanities). For instance, a VR experience designer will have to combine expertise from both the arts and technology to create immersive VR worlds. Hence, it is also a strong case for bringing more STEAM learning into traditional education.

As our capacity for genetic engineering and neuro-engineering advances, demand for jobs in the sector will grow. The latest season of Black Mirror explored a world where people have the power to upload their consciousness onto machines, merge their minds with other minds, record others’ memories, and even track what others are thinking, feeling, and doing.

Many innovators and researchers are pushing to make such capabilities possible.

Early last year, Elon Musk unveiled Neuralink, a company whose goal is to merge the human mind with AI through a “neural lace.” We’ve already connected two brains via the internet, allowing one brain to communicate with another. Various research teams have been able to develop mechanisms for “reading minds” or reconstructing memories of individuals via devices. We’re also seeing continuous advancements in gene therapy and genetic engineering. The list goes on.

Examples of roles in this sector include thought hacker, neuro-implant technician, neuro-augmentation specialists, and neuro-robotic engineers.

Technology is an immensely powerful tool, and one that gives rise to a myriad of novel social, ethical, and moral issues. By itself, technology is not inherently good or evil; it all comes down to how we choose to use it as a society.

As we see the emergence of increasingly immersive tech, such as virtual reality, brain-machine implants, and the Internet of Things, there will be a growing demand for professionals who can ask the right questions about these new tools and set appropriate ethical guidelines for a wide range of complex scenarios. This can occur at a company level, government level, or even at a personal level, such as by providing guidance to individuals looking for ethical consultation.

Examples of roles under this emerging area include cognitive enhancement consultant, genetic modification ethicist, digital detective, privacy guardian, technology law-maker, and much more. This is an area that will be of utmost importance to our species if we are to ensure that we optimize the benefits of technology and minimize its harm.

Some of the biggest challenges in today’s world also serve as the biggest market opportunities. As climate change becomes a growing threat to our species, we are faced with significant decisions. Many cities are integrating multiple solutions that involve sustainable infrastructure, cleaner transportation, and renewable energy sources.

As a result, the growing demand for renewable energy and clean solutions has already created many jobs, with more to come. For instance, the solar and wind industries were the primary engines of job creation (PDF) in the US renewable energy sector, which employed around 777,000 people in 2016.

Many fear that the rise of autonomous vehicles will put millions of people out of jobs, and this is a fair concern. Yet, while innovation in the transportation sector will displace many jobs, the rise of innovative vehicles such as self-driving cars, electrics cars, drones, and hyperloop are representative of new sectors with demand for many novel positions.

Forecasting even further into the future, another exciting demand will be in the area of interplanetary space pilots. Just recently, Virgin Galactic’s passenger-carrying spaceship VSS Unity completed its seventh unpowered glider test flight. SpaceX has also announced an Interplanetary Transport System. In fact, as humanity strives to become an interplanetary—and possibly an intergalactic species—this opens up a world of exciting jobs and opportunities that we’ve only ever seen in science fiction.

Moving Towards Jobs With Purpose and Meaning

The broad examples outlined above are among many emerging jobs and industries. Now more than ever, we need to equip our young minds with the 21st-century survival skills that will prepare them for such roles in an ever-changing workforce.

One of the most powerful implications of current trends is that “work” will become more meaningful as we are left to perform jobs requiring more creativity, intellectual pursuits, and human interaction, potentially leading many of us happier than we are today.

A recent report by the McKinsey Global Institute found that the hardest activities to automate in the short term are those involving expertise in decision-making, planning, human interaction, or creative work. Unsurprisingly, humans continue to outdo machines when it comes to innovating and pushing intellectual and creative boundaries. These kinds of roles also tend to be more exciting and fulfilling.

Ultimately, our goal should be to create a society where work is motivated by passion, creativity, and a desire to contribute to the future of our species. It is exciting that most of these predicted jobs of the future align with this goal. After all, the purpose of “work” should be to contribute to ongoing personal or human progress, whether technological, intellectual, or creative.