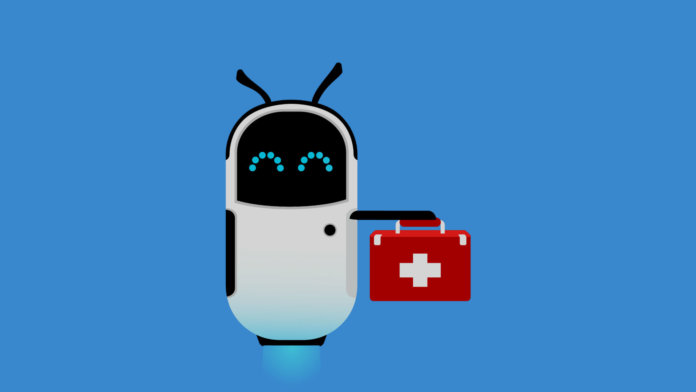 It’s been more than a half-century since we first glimpsed the future of the smart home in a quaint cartoon series called “The Jetsons.” The Roomba is no Rosie the Robot Maid, but today’s home is edging ever closer to the sci-fi vision of a house where every comfort is automated and customized.

Thanks largely to the Internet of Things, gadgets from thermostats to ovens have become smarter, using sensors, data, and cloud computing to set the ideal temperature or cook a pizza just the way you like it. Devices such as Amazon Echo or Google Home, with their voice assistants, have become the de facto hub of these emerging autonomous systems.

Companies like Google believe the smart home can be more than just a parlor of high-tech tricks. The search giant has filed about 40 patents since 2009 aimed at the digital healthcare space, according to data firm CB Insights. Many of the inventions filed by Google—as well as competitors like Microsoft, Amazon and Apple—focus on wearables and mobile applications to harvest data for health insights and even diagnoses. But a recent patent by Google points to another trend: smart home health tracking.

The Google invention is an optical sensor that monitors cardiovascular health. The device, which could be embedded in something like a bathroom mirror, works by tracking blood flow dynamics in the body. For example, changes in skin color could indicate a problem that might initiate additional monitoring through other sensors or wearable devices. The patent notes that at-home monitoring would offer a more complete picture of cardiovascular health than “a snapshot captured at a hospital or office” visit.

“The home transitions from a place that you take care of to a place that takes care of you,” says Andrew Weinreich, who hosts the Predicting Our Future podcast.

A serial entrepreneur who founded the world’s first social network site while Mark Zuckerberg was still in high school, Weinreich recently did a deep dive on smart home technologies on his podcast series. He tells Singularity Hub that smart homes will develop personas on people based on direct and indirect inputs and behaviors.

“One of the inputs of that persona will not just be your articulated and unarticulated preferences, but also biometrics received by some wearable device that is responsive to what you are experiencing,” he explains. For example, if you have a fever, the temperature and airflow might adjust. If your heart is pounding, the music might adjust.

Indeed, the latest generation of IoT gadgets geared toward health at home are so simple to use that you can snooze right through them.

A company named Sleepace out of China, for example, has developed a smart sleeping solution it calls DreamLife that uses non-wearable sensors in the bed and mattress to monitor sleep time, heart rate, respiratory rate, body movement, and sleep cycles. An app then analyzes the data to provide guidance on achieving the best sleep. New York-based Eight also offers a smart bed that tracks more than a dozen factors in sleep patterns as well as the bedroom environment to help get the perfect night’s sleep. It can communicate with other smart devices to regulate temperature and lighting.

While some of these smart home health products are intended for general use, many of the devices target the elderly to help them retain their independence. These range from sensors on a stove that automatically detect when it has been left unattended to a smart pill dispenser that alerts caregivers if medicine has been taken.

Another trend in smart home health for the elderly is the use of robotic pets or robotic companions that do everything from playing games for testing memory to providing reminders for taking medication.

“I think robots are coming to our homes,” says Weihua Sheng, associate professor at Oklahoma State University and director of the Advanced Sensing, Computation and Control Lab. “Robots are getting smarter and smarter. They can talk to humans through natural language, and we have better human friendliness.”

Sheng’s team is developing a cloud-based smart home platform for healthcare monitoring that includes environmental sensors, wearables, and a robot assistant. A recent paper published in Future Generation Computer Systems outlined how such a system would operate.

A smart garment with textile ECG electrodes and a respiration belt is one of several wearables, along with a microphone, used by the patient in the smart home mock-up. Environmental sensors include a network of infrared sensors and Grid-EYE thermopile array sensors in the ceiling of the apartment. The latter can be used for thermal tracking. A robot assistant serves as both a companion and multi-functional sensor.

These sorts of experiments have been done since at least the turn of the 21st century, but the OSU study is one of the few to combine all the elements into one platform.

“We combine the microphone sensor with some environmental sensors, like motion sensors in the ceiling,” Sheng tells Singularity Hub. “We can collect data constantly, frequently, and this data can be analyzed by some AI algorithms in the cloud.”

The system can, for example, detect whether the user is dehydrated. The robot assistant can then prompt the user to drink more water. The platform can also determine whether a person has fallen and call for help. The researchers are working to make the smart home healthcare platform sensitive to mental health issues by analyzing vital signs, facial cues, and tones in a person’s voice.

“It can detect if the human is in a bad mood or depressed, and the robot can do something to distract him from that bad mood,” Sheng says.

Challenges remain, particularly in serving an elderly population that may be suffering from cognitive as well as physical issues, according to Sheng. “They cannot hear very well. When they talk, their voices may be kind of weak. Those things are challenges,” he says.

There are also privacy and security considerations, Sheng admits, but reiterates, “We’re envisioning a future where every home has a robot. It will help people have a better quality of life. That’s our goal.”