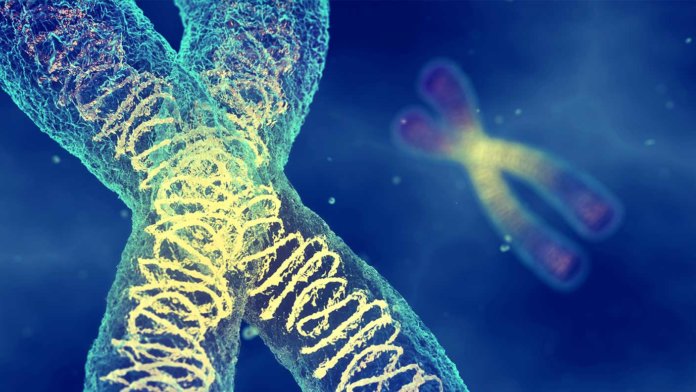 The advance of CRISPR gene editing technology, which uses an RNA strand to guide an enzyme called Cas9 to cut a specific portion of DNA, has raised concerns and sparked debate as people envision a not-so-distant future populated by bioengineered super-crops, genetically flawless pets, and customized babies. While the method could be used for these purposes, it’s also showing potential as a valuable medical tool, with a seemingly new condition added each week to the list of what CRISPR may one day cure.

One recent addition to that list is Duchenne muscular dystrophy (DMD). In a study from University of Texas Southwestern Medical Center, researchers used CRISPR to make a single cut at a few strategic points along DNA in cells derived from DMD patients, with the result of potentially correcting most of the 3,000 gene mutations that cause DMD.

DMD is a genetic disorder characterized by progressive muscle degeneration and weakness. It mostly affects boys and is caused by defects in the gene that makes dystrophin, a protein that helps strengthen muscle fibers in skeletal and cardiac muscles. Many patients end up in wheelchairs, on respirators, or both, and while advances in cardiac and respiratory care have increased life expectancy into the early 30s, there’s still no cure for the condition.

The study on CRISPR for DMD was the cover story of this month’s Science Advances, and it builds on previous studies led by Dr. Eric Olson, director of UT Southwestern’s Hamon Center for Regenerative Science and Medicine, in which CRISPR was used to correct a single gene mutation that caused DMD in mice.

The new study showed that various DMD-related mutations can be corrected in human cells by eliminating flawed splice sites in genomic DNA. These splice sites instruct genes to build abnormal dystrophin molecules. The protein then doesn’t function as it should to keep muscle cells intact, and muscles start to break down.

Researchers developed 12 guide RNAs to find mutation sites along the dystrophin gene. They cut the DNA at these locations and, in doing so, directed the cellular machinery to skip over the faulty protein sequences. Once the gene was successfully edited, it started building functional dystrophin protein, enhancing the function of muscle tissue.

“We found that correcting less than half of the cardiomyocytes (heart muscle cells) was enough to rescue cardiac function to near-normal levels in human-engineered heart tissue,” said Dr. Chengzu Long, lead author of the study and assistant professor of medicine at New York University Langone Health.

This single-cut method is an efficient alternative to developing a separate molecular treatment for each one of the gene mutations that cause DMD, and could potentially be used to correct other single-gene mutations like cystic fibrosis or sickle cell anemia.

“Not only did we find a practical way of treating many mutations, we have developed a less disruptive method that skips over defective DNA instead of removing it,” said Dr. Rhonda Bassel-Duby, co-author of the study and professor of molecular biology at UT Southwestern. “The genome is highly structured and you don’t want to remove DNA that could potentially be important.” She added that while single-cut editing may be useful for treating other single-gene diseases, the genes involved must still be able to function after certain DNA or RNA sequences are removed.

Before we sing CRISPR’s praises too loudly or start banking on it curing all our ailments, though, we must keep in mind that the tool is still very new, and we don’t really know what long-term results or late-onset side effects its use could engender. In fact, we’re not even sure it’ll always work in its current form on humans; one recent study found that some people may be “immune” to CRISPR, as an adaptive immune response can be triggered in people who have been exposed to the bacteria that’s used to engineer CRISPR proteins.

Clinical trials using CRISPR to cure blood disorders and sickle-cell disease in humans are slated to start this year in the US. Human trials have already begun in China, where CRISPR is being used to treat cancer and HIV. No peer-reviewed studies from these trials have been published yet, but doctors claim the tool has succeeded in improving some patients’ conditions.

Dr. Olson’s lab will continue testing its DMD method for side effects and will also look for ways to improve the precision of the guide RNAs. The team’s work led to the creation of biotech company Exonics Therapeutics, which has licensed the technology from UT Southwestern and is working to optimize the approach and extend it to other neuromuscular diseases.

“This is a major advance,” Dr. Bassel-Duby said. “Many different therapies have been put forward, but this one provides real hope to extend and improve the quality of patients’ lives.”