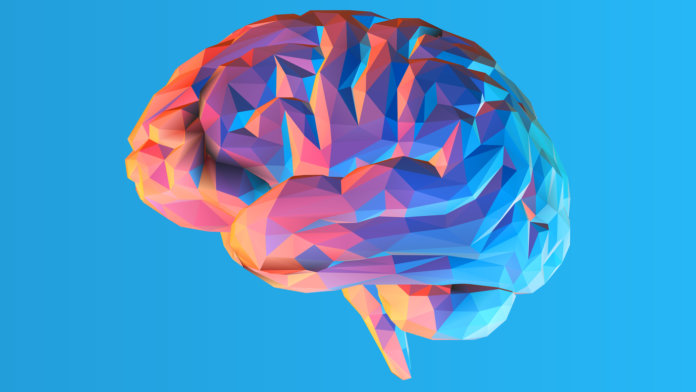 Here’s something you don’t hear every day: for $10,000, an MIT-backed startup will preserve your brain right down to the synapse level. Within this century, the company pitched, future neuroscientists will extract the information preserved in those synapses, stick them into a supercomputer, reboot your memories, and “archive your mind.”

There’s more: the technology only works if you’re still alive. That’s right; in order to preserve your brain’s connectome—the intricate web of connections among all synapses in the brain—they have to kill you.

It’s not hard to see why. Nectome is selling an old but incredibly intriguing idea to futurists and transhumanists, who are already familiar with the idea of uploading the mind to the cloud.

Previously, Boyden had developed a jaw-dropping technology that physically enlarges brain tissue to 10-20 times its original size. By combining Nectome’s special sauce of cryopreservation with Boyden’s expansion microscopy, the startup may achieve an incredible feat: preserving the entire human brain at the nanoscale level, in which every synapse can be seen with an electron microscope.

The ambitious idea recently snagged a hefty $900,000 (and change) grant from the National Institute of Health, and over $1 million dollars in funding.

If you believe, as Dr. Sebastian Seung famously said, “I am my connectome,” then it’s not a far stretch to imagine that your memories (and even self) could be extracted from a meticulously preserved brain and your consciousness would live once more.

That said, human brain banks are nothing new. So why the buzz?

Unlike cryogenics, Nectome doesn’t store your head inside vats of liquid nitrogen. Rather, it uses a technique called aldehyde-stabilized cryopreservation (ASC) to embalm a living brain before cryoprotection.

The primary goal here isn’t to preserve “biological viability,” the team noted, “[it] is instead to maintain the delicate ultrastructural appearance of the brain.”

First published in Cryobiology in 2015, ASC is undeniably grisly: under general anesthesia, while the heart is still pumping, the body’s entire blood supply is washed out and replaced with a chemical called glutaraldehyde. This fixative acts like molecular handcuffs, cross-linking proteins together and stabilizing their structure.

Make no mistake: the process kills the brain. There’s no coming back.

But that’s the goal. A dead brain can’t trigger post-mortem biological processes that lead to decay. Fixation preserves a brain as closely to its natural state as possible—in fact, neuroscientists often use it to treat brain samples before imaging under a microscope.

Once “fixed,” the Nectome team uses an automated pump to deliver a cryoprotectant solution through the subject’s own circulation system. The brain is then surgically extracted and placed into a storage vat to cool down to a chilly -135C (- 211F).

First tested on rabbit and pig brains, the technology worked like a charm. Once thawed, the cryoprotectant can be washed out, yielding a pristinely preserved brain that is “a common currency” for connectomic analysis.

Now replace “rabbit” and “pig” with “human”—yup, that’s what Nectome is pitching to do for its customers.

According to MIT Technology Review, Nectome has already dipped their toes in human brain preservation. This February, the team purchased the brain of a recently deceased woman and carried out ASC at a mortuary—a process that took about six hours.

Despite being dead for two and a half hours, the woman’s brain is “one of the best-preserved ever,” said Nectome’s co-founder, Robert McIntyre.

Future mind uploading promises aside, integrating ASC with expansion microscopy has enormous scientific potential. According to Dr. Ma Chao, a professor at the Chinese Academy of Medical Sciences, ASC-treated tissues could provide a wealth of information about sub-cellular structures within a neuron.

“[This information] may be highly relevant to brain aging and degenerative diseases,” he said in an interview with Singularity Hub.

By comparing synapse structures from healthy brains and brains with Alzheimer’s disease, for example, scientists may gain valuable insights—what brain regions are most affected, what are the structural pathologies, and so on.

Not everyone agrees that ASC is a valid way to “archive your mind.”

Part of the argument is technological. Despite billions of dollars and several large-scale brain-mapping programs, no one has (yet) been able to image an entire mammalian brain at the synapse level—not even that of a mouse.

We’re talking really big scale here: the human brain is jam-packed with millions of neurons, each connecting to thousands of others forming trillions of synapses. Today, even top-of-the-line imaging efforts are struggling with one cubic millimeter of a mouse brain.

Dr. Kenneth Hayworth, the president of the Brain Preservation Foundation, sees it as a non-argument. In 100 years, he said, we could very well have the technology for whole-brain imaging.

In a letter of support for developing ASC into an end-of-life medical procedure, he wrote that because information content is being preserved, there is “at least the possibility for the future revival of the patient through some very advanced technology.”

Technological barriers aside, perhaps more controversial is the idea that your memories, thoughts, and personality can be retrieved by studying structure alone.

The living brain, after all, is constantly in motion. Neuroscientists often capture a fleeting neural process by sticking electrodes into the brain to pick up electrical signals. Or they use glow-in-the-dark protein sensors to monitor neural activity.

In other words, like any other biological processes, a thought is dynamic. It’s impossible to reconstruct an entire human using his DNA letters alone—it’s the expression of his DNA, based on complex interactions between himself and his environment—that make him, him.

Similarly, it’s entirely possible that you can’t reconstruct a history of neural activity from a fixed brain. Hell, it’s likely that you can’t even isolate a single memory trace from a mapped connectome.

Think about this: neuroscientists have had the full connectome of C. elegans, the nematode worm, in hand since the 1980s. What did the creature experience before death? What were its final thoughts? Despite the worm having only 7,000 neural connections, we don’t know.

“Synapse structure alone will provide a static map,” said Ma. “However, there are far more factors…that can influence memories and intelligence. By freezing the brain in a certain time point, we lose temporal information about the brain.”

In the end, it’s unclear what needs to be preserved to retrieve “you” from the massive tangle of neural connections in your head. Are synapse structures enough? Do we need to capture memory-related proteins too? What about non-neuron cells called glia, which are involved in memory? Or is it more feasible to model synaptic strengths of a living brain inside a computer, essentially achieving “mind uploading” before death?

Nectome has a rebuttal: by 2020 they hope to extract a “high-level bit of memory” from a preserved mouse brain. So far, however, they’ve made no mention of attempting that feat in a preserved human brain.

Whether the company lives up to its promise is debatable. But perhaps more troubling is that Nectome is, in essence, planning on offering a yet-unproven service to terminally ill people.

After consulting with lawyers familiar with California’s End of Life Option Act, the company believes its service will be legal. But even Hayworth thinks they should tread carefully.

Any modifications to ASC need to be rigorously tested in animals and shared with the wider medical community before being offered as a medical procedure, he stressed.

So far 25 people have signed up, and that number is likely to grow. After all, the potential of reanimation, however slim, is simply too captivating.

“There is not even a start to interpret fixed synapses in terms of memories from the living individual,” said Dr. Ai-Min Bao, deputy director at Zhejiang University School of Medicine’s Brain Bank in China, to Singularity Hub. “This is at present science fiction. It’s promising too much.”