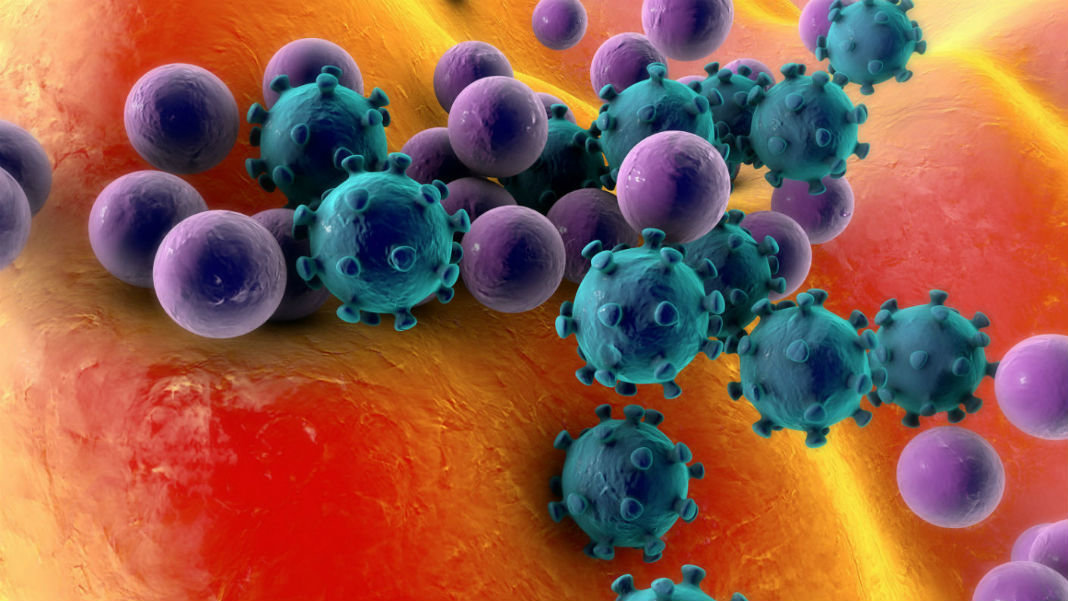 The trick isn’t super-soldier serum. Instead, the team is relying on tools from synthetic biology to read the cell’s genetic blueprint and rewrite large chunks of the genome to unlock these superpowers.

“There is very strong reason to believe that we can produce cells that would be completely resistant to all known viruses,” said Dr. Jef Boeke, a geneticist at New York University and a co-leader of the project. “It should also be possible to engineer other traits, including resistance to prions and cancer.”

If realized, these ultra-safe cells would have immediate impact on the biotech industry, which often uses cells to manufacture drugs. Dealing with viral contamination is a billion-dollar problem, one that the industry is eager to crack.

But the team’s main goal isn’t a super-cell. Rather, they’re hoping the project, dubbed “Project Recode,” will develop a whole suite of molecular tools that enable scientists to write their own code into existing genomes—or fabricate entirely new artificial genomes.

The idea for making cells resistant to viruses came from Dr. George Church, a prominent synthetic biologist at Harvard University.

In an early study using Escherichia coli, a common bacteria workhorse in the lab, Church found that he could make the cells resistant to viruses through a process called recoding.

It works like this: the cell follows a strict code when translating DNA sequences into amino acids, the building blocks for proteins. DNA’s molecular base pairs come in four flavors: adenine, thymine, cytosine, and guanine (or A, T, C, and G).

Each three-letter string of DNA maps onto a particular amino acid, for example, AAA for lysine or CAG for glutamine. These three-letter chunks are called “codons,” and there are 64 combinations in total.

However, this translation system is redundant, in that any given amino acid can have multiple “spellings.” For example, TCT, TCC, TCA, and TCG all code for the amino acid serine. But the cell only needs one codon variant per amino acid to get by. The others aren’t necessarily critical for survival.

The process of recoding is to pick one codon version per amino acid (say, TCT for serine), and swap out all redundant variants (TCC, TCA, TCG) with the chosen one.  You’re essentially shrinking the coding table to its bare minimum.

Why does this work against viruses?

Once inside a host, viruses hijack the cell’s protein-making machinery to pump out more copies of themselves. But because they also rely on 64 codons—most of which are now deleted in the recoded cell—they’re stuck. Their host no longer has the appropriate machinery to help them make viral proteins.

Previous work from Church’s lab found that swapping out 321 codons was sufficient to neutralize the viral invaders while keeping the bacteria healthy. A follow-up study recoded seven codons in the E. Coli genome, an effort that required close to 150,000 genetic changes.

Scaling the technique to human cells will be incredibly tough. “Recoding every protein in the human genome, for example, would require 400,000 changes” in 20,000 human genes, explained Church in a press release.

That’s why the team is looking to synthesize a genome from scratch, rather than making individual edits with CRISPR or other tools.

As Boeke colorfully said, “It’s like if you’re editing a short story: if you’re changing so much of it, you might as well just rewrite the whole damn thing.”

That’s easier said than done. In gene synthesis, DNA letters are biochemically “stitched” together one at a time. Although the process results in something similar to natural DNA, it’s slow, cumbersome, and expensive. Currently, at roughly $1 per 10 DNA letters, synthesizing a 3 billion base pair human genome will rack up a pretty sum.

But the team is hopeful that innovations in DNA synthesis technology will help drive the costs down. The existence of the project itself is a good motivator for further developing the technology, they said, expressing confidence that costs will be cut by a factor of 1,000.

As ambitious as it sounds, Project Recode is actually a downgrade from an even bolder venture: GP-write.

First announced in 2016, GP-write naturally follows the original Human Genome Project, which read the sequence of the three billion chemical letters in the DNA blueprint of human life. But to synthetic biologists, reading nature’s code isn’t enough—to fully understand the intricacies hidden within our DNA, they want to be able to program it themselves.

GP-write officially launched with a two-page unveiling in the prestigious journal Science (amidst some controversy). Church and 24 other colleagues laid out their goal of synthetizing an entire human genome from scratch. These artificial genomes could then be inserted into human cells that had their natural DNA removed, potentially allowing scientists to pinpoint sequences that lead to various traits or diseases.

Amazing idea? Oh yeah. But unfortunately, the team’s lofty goals were brought down by a severe lack of funding.

Project Recode presents a revamped, more technically feasible alternative goal—something practical that can attract more funding. “We thought it was important to have a community-wide project that people could get behind,” explained Boeke.

Ultra-safe cells are a welcome goal.

“[They] could have a major impact on human health” by “making pharmaceuticals safer, cheaper, and reliable,” said Church. Using virus-proof cells, biotech companies can deliver vaccines, antibodies, and other drugs without having to worry about viral contamination. Ultra-safe cells may eventually be a good basis for various cell therapies.

The same technique can also be used to reduce the risk of cells becoming cancerous. Gene snippets with the letter CG have high mutation rates, which sometimes (combined with other forces) could lead to cancer. Replacing the CG in codons with synonymous equivalents could, theoretically, cut down on the chances of a cell turning cancerous.

So far the scientific community approves of the priority shift.

To Dr. Martin Fussenegger, a synthetic biologist at the Swiss Federal Institute of Technology, the move is a “terrific idea” that’s “more geared towards utilities and applications” of DNA synthesis.

That’s not to say GP-write has left its blue-sky goals behind.

“The overall GP-write project is focused on writing, editing, and building large genomes,” said Boeke. If Project Recode takes off, the technologies invented could one day allow synthetic biologists to engineer new functions into living organisms or create novel living things from scratch.

We see “a broad range of applications in other areas such as energy, agriculture, healthcare, chemicals, and bioremediation,” said Boeke.