Graphene and Beyond: The Astonishing Properties and Promise of 2D Materials 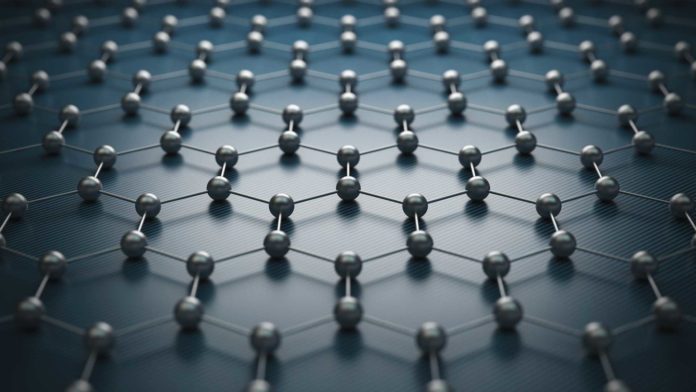 Since graphene was first isolated in 2004, a Nobel Prize-winning feat that sparked a whole new exciting field of materials science research, 2D materials have had all kinds of suggested applications. Now, at the cutting edge of research, materials scientists are discovering that stacked layers of these atomically thin materials can open up a whole new world of fascinating and useful properties.

Graphene’s discovery was something of a throwback for physics. It was a far cry from the huge collaborations of LIGO (first to observe gravitational waves) and CERN (first to find the Higgs Boson), which require thousands of scientists and billion-dollar equipment. Professors Geim and Novoselov discovered graphene when experimenting with some sticky-tape and a block of graphite: amazingly, they were able to ‘exfoliate’ a layer a single atom thick.

The discovery may have been low-key and unexpected, but the subsequent hype over the properties of this material certainly was not. Graphene is ultra-light, immensely tough, yet flexible and stretchable. Often with excellent electronic properties, 2D materials can be highly conductive of electricity. Some 2D materials can be stacked together or combined to have tunable semiconductor bandgaps, which can make them the perfect materials for producing super-efficient solar panels, perfectly tuned to the wavelengths of light from the sun.

Although the strength and flexibility of graphene led enthusiasts to imagine using it as a new, omnipresent, superior construction material, it is these optical and electronic properties that are providing the first use cases for graphene. A recent study blended various types of graphene to develop an LED that could emit light across the entire visible spectrum. Conventional LEDs emit a single wavelength—and so displays need mixtures of red, blue, and green to produce a full-color image. If the graphene-based LED could be stabilized and made more efficient, you’d only need one LED with tunable colors, allowing for flexible displays.

2D materials can seem miraculous, to the extent that experiments were even done to see if graphene could be made bulletproof. It’s not all that far-fetched—although atomically thin, graphene is very efficient at transferring momentum through its lattice, and bulletproof materials like Kevlar often work by dissipating the energy from impact across a wider area. While it took 300 layers of graphene (with gaps between each layer) to stop a specially-designed “microbullet,” scientists last year discovered that two-layer graphene can undergo a phase transition to become harder and stiffer than diamond.

Since its discovery, graphene has been joined by new 2D materials.

Germanium was an element that was initially of interest due to its electronic properties. Many of the earliest transistors used germanium instead of silicon, although until recently it has been supplanted by silicon, which is easier to use in mass manufacturing.

Now, with the isolation of germanene in 2014, individual layers of germanium are among the 2D materials touted alongside graphene. While graphene’s famous hexagonal crystal structure is flat, germanene’s crystal structure is buckled; its lattice consists of two vertically separated sub-lattices. External strain or applying external electric fields to germanene can cause its bandgap to change; this owes to that double-lattice structure, but can allow germanene to be used in field effect transistors. Not to be outdone, silicon itself has a monolayer counterpart in silicene.

The early hype around graphene’s applications has been replaced by a more steady approach. We don’t have bulletproof graphene planes, trains, and automobiles yet, but graphene is slowly but surely moving towards fulfilling its potential as more research into each possible application is conducted. Graphene-based sensors are already being widely produced. Despite all the hype around replacing silicon as the basic material in electronics, some of the first commercial uses of 2D materials like graphene have been put in sports gear.

In the longer term, it seems likely that graphene and other 2D materials will find their niches. In the meantime, the experimental insight that stacking together individual layers of atomically thin materials can result in new, unexpected, and useful properties has opened up a new field of research: van der Waals heterostructures. These materials exist in a transition regime—between the bulk properties of large-scale matter that we’re familiar with, and the quantum realm on the atomic level. The result is tantalizing for theoretical physicists and technologists alike.

These heterostructures are stacks of various layers of graphene, germanene, silicene, and stanene—but also molecular monolayers. They are named after the weak van der Waals forces that attract molecules to each other. These forces are due to the shifting distributions of charge in the layers of molecules interacting with each other.

These Van der Waals forces are weaker than electrostatic forces, and tail off more rapidly with distance, but they are enough to keep these “Lego-like” structures together. Planes of atoms in hexagonal 2D arrangements can be stacked, and then the possible range of fundamental physical properties and materials to study can be multiplied exponentially. Each newly-synthesized 2D material adds more potential combinations, and already layers thirteen deep composed of four different materials can be synthesized.

Consider, for example, the quest for a high-temperature superconductor. We know that this most desirable material property is subtly linked to the structure of the crystal lattice, as in the case of the YCBO structures. Stacking 2D materials offers an exciting new way to probe these phenomena experimentally.

“What if we mimic layered superconductors by using atomic-scale Lego? Bismuth strontium calcium copper oxide superconductors (BSCCO) can be disassembled into individual atomically thin planes. Their reassembly with some intelligently guessed differences seems worth a try, especially when the mechanism of high temperature superconductivity remains unknown,” wrote Professor Geim in Nature.

For the moment, graphene remains the most likely 2D material to see near-term applications, partly due to the funding for its research and partly because it can still be produced more swiftly. The exfoliation method of gradually pulling apart layers of graphite to obtain graphene can’t be used with every 2D material, even though it produces the purest crystals.

Many of the more exotic materials must be produced by molecular beam epitaxy—painstakingly depositing individual atoms onto a surface at conditions of high vacuum and high temperature. This will limit the mass-manufacturing possibilities, or bulk uses for 2D crystals, until MBE gets cheaper—or, perhaps more likely given the high temperatures and vacuum needed for MBE, until another manufacturing technique is perfected.

Yet it seems inevitable, given the demand for ever-improved electronic components for batteries, semiconductors and transistors, and for optoelectronics like solar panels and LEDs, that we will learn how best to exploit the astonishing properties of 2D materials. This is the dream of manufacturing reaching the cutting edge of fine-tuning fundamental physical properties with a careful choice of materials. Like kids with a Lego set, the only limit to what we can build may be our imagination.