Technology and Compassion: A Conversation With the Dalai Lama 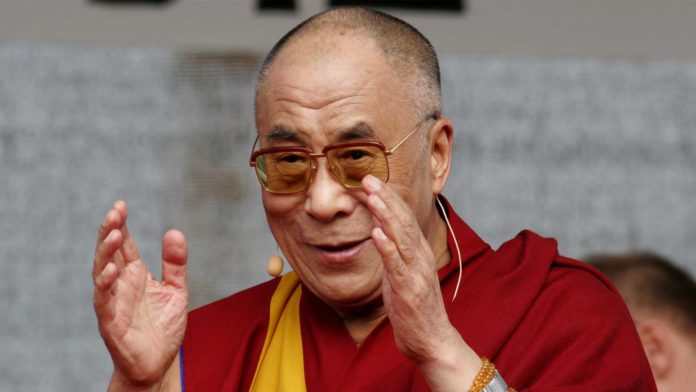 From how we get around to how we spend our time to how we manage our health, technology is changing our lives—not to mention economies, governments, and cities around the world. Tech has brought good to individuals and societies by, for example, democratizing access to information and lowering the cost of many products and services. But it’s also brought less-desirable effects we can’t ignore, like a rise in mental health problems and greater wealth inequality.

To keep pushing tech in a direction that will benefit humanity as a whole—rather than benefiting a select few—we must encourage open dialogues about these topics among leading figures in business, government, and spirituality.

To that end, SingularityU The Netherlands recently hosted a dialogue about compassion and technology with His Holiness the Dalai Lama. The event was attended by students and tech innovators, ambassadors, members of the Dutch royal family, and other political and business leaders.

The first half of the conversation focused on robotics, telepresence, and artificial intelligence. His Holiness spoke with Tilly Lockey, a British student helping tech companies create bionic limbs, Karen Dolva, CEO of telepresence company No Isolation, and Maarten Steinbuch, faculty chair of robotics at SingularityU the Netherlands and a professor of systems and control at TU Eindhoven.

When asked what big tech companies could be doing to help spread good around the world, His Holiness pointed out that while technology has changed many aspects of life in developed countries, there is still immense suffering in less-developed nations, and tech companies should pay more attention to the poorer communities around the world.

In the second half of the event, focus switched to sickness, aging, and death. Speakers included Liz Parrish, CEO of BioViva Sciences, Kris Verburgh, faculty chair of health and medicine at SingularityU the Netherlands, Jeantine Lunshof, a bio-ethicist at MIT Media Lab, and Selma Boulmalf, a religious studies student at University of Amsterdam. Among other topics, they talked with His Holiness about longevity research and the drawbacks of trying to extend our lifespans or achieve immortality.

Both sessions were moderated by Christa Meindersma, founder and chair of the Himalaya Initiative for Culture and Society. The event served as the ceremonial opening of an exhibition called The Life of the Buddha, Path to the Present, on display in Amsterdam’s 15-century De Nieuwe Kerk church through February 2019.

In the 21st century, His Holiness said, “There is real possibility to create a happier world, peaceful world. So now we need vision. A peaceful world on the basis of a sense of oneness of humanity.”

Technology’s role in that world is being developed and refined every day, and we must maintain an ongoing awareness of its positive and negative repercussions—on everyone.