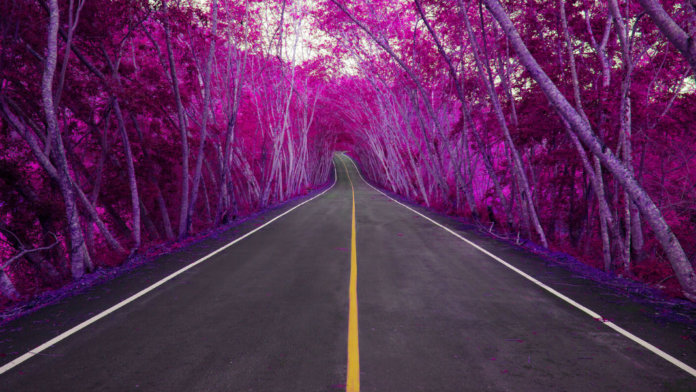 The longevity field is bustling but still fragmented, and the “silver tsunami” is coming.

That is the takeaway of The Science of Longevity, the behemoth first volume of a four-part series offering a bird’s-eye view of the longevity industry in 2017. The report, a joint production of the Biogerontology Research Foundation, Deep Knowledge Life Science, Aging Analytics Agency, and Longevity.International, synthesizes the growing array of academic and industry ventures related to aging, healthspan, and everything in between.

This is huge, not only in scale but also in ambition. The report, totally worth a read here, will be followed by four additional volumes in 2018, covering topics ranging from the business side of longevity ventures to financial systems to potential tensions between life extension and religion.

And that’s just the first step. The team hopes to publish updated versions of the report annually, giving scientists, investors, and regulatory agencies an easy way to keep their finger on the longevity pulse.

“In 2018, ‘aging’ remains an unnamed adversary in an undeclared war. For all intents and purposes it is mere abstraction in the eyes of regulatory authorities worldwide,” the authors write.

That needs to change.

People often arrive at the field of aging from disparate areas with wildly diverse opinions and strengths. The report compiles these individual efforts at cracking aging into a systematic resource—a “periodic table” for longevity that clearly lays out emerging trends and promising interventions.

The ultimate goal? A global framework serving as a road map to guide the burgeoning industry. With such a framework in hand, academics and industry alike are finally poised to petition the kind of large-scale investments and regulatory changes needed to tackle aging with a unified front.

The global population is rapidly aging. And our medical and social systems aren’t ready to handle this oncoming “silver tsunami.”

What’s more, because disease risk rises exponentially with age, medical care for the elderly becomes a game of whack-a-mole: curing any individual disease such as cancer only increases healthy lifespan by two to three years before another one hits.

That’s why in recent years there’s been increasing support for turning the focus to the root of the problem: aging. Rather than tackling individual diseases, geroscience aims to add healthy years to our lifespan—extending “healthspan,” so to speak.

Despite this relative consensus, the field still faces a roadblock. The US FDA does not yet recognize aging as a bona fide disease. Without such a designation, scientists are banned from testing potential interventions for aging in clinical trials (that said, many have used alternate measures such as age-related biomarkers or Alzheimer’s symptoms as a proxy).

Luckily, the FDA’s stance is set to change. The promising anti-aging drug metformin, for example, is already in clinical trials, examining its effect on a variety of age-related symptoms and diseases. This report, and others to follow, may help push progress along.

“It is critical for investors, policymakers, scientists, NGOs, and influential entities to prioritize the amelioration of the geriatric world scenario and recognize aging as a critical matter of global economic security,” the authors say.

The causes of aging are complex, stubborn, and not all clear.

But the report lays out two main streams of intervention with already promising results.

The first is to understand the root causes of aging and stop them before damage accumulates. It’s like meddling with cogs and other inner workings of a clock to slow it down, the authors say.

The report lays out several treatments to keep an eye on.

Geroprotective drugs is a big one. Often repurposed from drugs already on the market, these traditional small molecule drugs target a wide variety of metabolic pathways that play a role in aging. Think anti-oxidants, anti-inflammatory, and drugs that mimic caloric restriction, a proven way to extend healthspan in animal models.

More exciting are the emerging technologies. One is nanotechnology. Nanoparticles of carbon, “bucky-balls,” for example, have already been shown to fight viral infections and dangerous ion particles, as well as stimulate the immune system and extend lifespan in mice (though others question the validity of the results).

Blood is another promising, if surprising, fountain of youth: recent studies found that molecules in the blood of the young rejuvenate the heart, brain, and muscles of aged rodents, though many of these findings have yet to be replicated.

The second approach is repair and maintenance.

Rather than meddling with inner clockwork, here we force back the hands of a clock to set it back. The main example? Stem cell therapy.

This type of approach would especially benefit the brain, which harbors small, scattered numbers of stem cells that deplete with age. For neurodegenerative diseases like Alzheimer’s, in which neurons progressively die off, stem cell therapy could in theory replace those lost cells and mend those broken circuits.

Once a blue-sky idea, the discovery of induced pluripotent stem cells (iPSCs), where scientists can turn skin and other mature cells back into a stem-like state, hugely propelled the field into near reality. But to date, stem cells haven’t been widely adopted in clinics.

It’s “a toolkit of highly innovative, highly invasive technologies with clinical trials still a great many years off,” the authors say.

But there is a silver lining. The boom in 3D tissue printing offers an alternative approach to stem cells in replacing aging organs. Recent investment from the Methuselah Foundation and other institutions suggests interest remains high despite still being a ways from mainstream use.

“We are finally beginning to see an industry emerge from mankind’s attempts to make sense of the biological chaos,” the authors conclude.

One is artificial intelligence, which is already used to bolster drug discovery. Machine learning may also help identify new longevity genes or bring personalized medicine to the clinic based on a patient’s records or biomarkers.

Another is senolytics, a class of drugs that kill off “zombie cells.” Over 10 prospective candidates are already in the pipeline, with some expected to enter the market in less than a decade, the authors say.

Finally, there’s the big gun—gene therapy. The treatment, unlike others mentioned, can directly target the root of any pathology. With a snip (or a swap), genetic tools can turn off damaging genes or switch on ones that promote a youthful profile. It is the most preventative technology at our disposal.

There have already been some success stories in animal models. Using gene therapy, rodents given a boost in telomerase activity, which lengthens the protective caps of DNA strands, live healthier for longer.

“Although it is the prospect farthest from widespread implementation, it may ultimately prove the most influential,” the authors say.

Ultimately, can we stop the silver tsunami before it strikes?

Perhaps not, the authors say. But we do have defenses: the technologies outlined in the report, though still immature, could one day stop the oncoming tidal wave in its tracks.

Now we just have to bring them out of the lab and into the real world. To push the transition along, the team launched Longevity.International, an online meeting ground that unites various stakeholders in the industry.

By providing scientists, entrepreneurs, investors, and policy-makers a platform for learning and discussion, the authors say, we may finally generate enough drive to implement our defenses against aging. The war has begun.

Read the report in full here, and watch out for others coming soon here. The second part of the report profiles 650 (!!!) longevity-focused research hubs, non-profits, scientists, conferences, and literature. It’s an enormously helpful resource—totally worth keeping it in your back pocket for future reference.