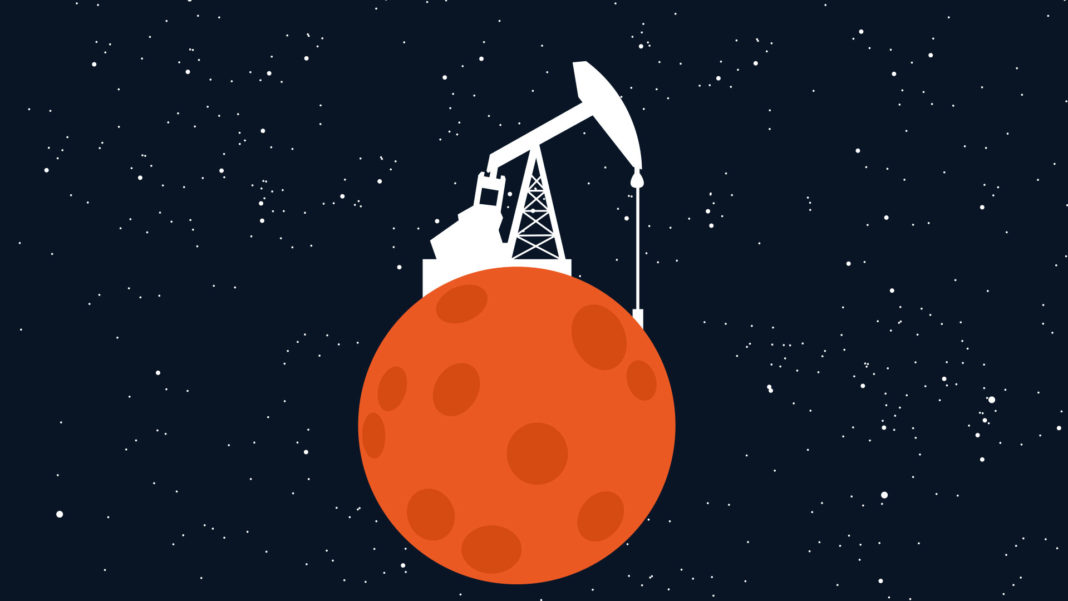 Maybe they could call it the School of Space Rock: A new program being offered at the Colorado School of Mines (CSM) will educate post-graduate students on the nuts and bolts of extracting and using valuable materials such as rare metals and frozen water from space rocks like asteroids or the moon.

Officially called Space Resources, the graduate-level program is reputedly the first of its kind in the world to offer a course in the emerging field of space mining. Heading the program is Angel Abbud-Madrid, director of the Center for Space Resources at Mines, a well-known engineering school located in Golden, Colorado, where Molson Coors taps Rocky Mountain spring water for its earthly brews.

A former NASA engineer who worked on multiple Mars missions, Lewicki says the Space Resources program at CSM, with its multidisciplinary focus on science, economics, and policy, will help students be light years ahead of their peers in the nascent field of space mining.

“I think it’s very significant that they’ve started this program,” he said. “Having students with that kind of background exposure just allows them to be productive on day one instead of having to kind of fill in a lot of things for them.”

Who would be attracted to apply for such a program? There are many professionals who could be served by a post-baccalaureate certificate, master’s degree, or even Ph.D. in Space Resources, according to Lewicki. Certainly aerospace engineers and planetary scientists would be among the faces in the classroom.

“I think it’s [also] people who have an interest in what I would call maybe space robotics,” he said. Lewicki is referring not only to the classic example of robotic arms like the Canadarm2, which lends a hand to astronauts aboard the International Space Station, but other types of autonomous platforms.

One example might be Planetary Resources’ own Arkyd-6, a small, autonomous satellite called a CubeSat launched earlier this year to test different technologies that might be used for deep-space exploration of resources. The proof-of-concept was as much a test for the technology—such as the first space-based use of a mid-wave infrared imager to detect water resources—as it was for being able to work in space on a shoestring budget.

“We really proved that doing one of these billion-dollar science missions to deep space can be done for a lot less if you have a very focused goal, and if you kind of cut a lot of corners and then put some commercial approaches into those things,” Lewicki said.

Why space mining? There are at least a trillion reasons.

Astrophysicist Neil deGrasse Tyson famously said that the first trillionaire will be the “person who exploits the natural resources on asteroids.” That’s because asteroids—rocky remnants from the formation of our solar system more than four billion years ago—harbor precious metals, ranging from platinum and gold to iron and nickel.

For instance, one future target of exploration by NASA—an asteroid dubbed 16 Psyche, orbiting the sun in the asteroid belt between Mars and Jupiter—is worth an estimated $10,000 quadrillion. It’s a number so mind-bogglingly big that it would crash the global economy, if someone ever figured out how to tow it back to Earth without literally crashing it into the planet.

Living Off the Land

Space mining isn’t just about getting rich. Many argue that humanity’s ability to extract resources in space, especially water that can be refined into rocket fuel, will be a key technology to extend our reach beyond near-Earth space.

The presence of frozen water around the frigid polar regions of the moon, for example, represents an invaluable source to power future deep-space missions. Splitting H20 into its component elements of hydrogen and oxygen would provide a nearly inexhaustible source of rocket fuel. Today, it costs $10,000 to put a pound of payload in Earth orbit, according to NASA.

Until more advanced rocket technology is developed, the moon looks to be the best bet for serving as the launching pad to Mars and beyond.

However, Lewicki notes that despite the moon’s proximity and our more intimate familiarity with its pockmarked surface, that doesn’t mean a lunar mission to extract resources is any easier than a multi-year journey to a fast-moving asteroid.

For one thing, fighting gravity to and from the moon is no easy feat, as the moon has a significantly stronger gravitational field than an asteroid. Another challenge is that the frozen water is located in permanently shadowed lunar craters, meaning space miners can’t rely on solar-powered equipment, but on some sort of external energy source.

And then there’s the fact that moon craters might just be the coldest places in the solar system. NASA’s Lunar Reconnaissance Orbiter found temperatures plummeted as low as 26 Kelvin, or more than minus 400 degrees Fahrenheit. In comparison, the coldest temperatures on Earth have been recorded near the South Pole in Antarctica—about minus 148 degrees F.

“We don’t operate machines in that kind of thermal environment,” Lewicki said of the extreme temperatures detected in the permanent dark regions of the moon. “Antarctica would be a balmy desert island compared to a lunar polar crater.”

Of course, no one knows quite what awaits us in the asteroid belt. Answers may soon be forthcoming. Last week, the Japan Aerospace Exploration Agency landed two small, hopping rovers on an asteroid called Ryugu. Meanwhile, NASA hopes to retrieve a sample from the near-Earth asteroid Bennu when its OSIRIS-REx mission makes contact at the end of this year.

No Bucks, No Buck Rogers

Visionaries like Elon Musk and Jeff Bezos talk about colonies on Mars, with millions of people living and working in space. The reality is that there’s probably a reason Buck Rogers was set in the 25th century: It’s going to take a lot of money and a lot of time to realize those sci-fi visions.

Or, as Lewicki put it: “No bucks, no Buck Rogers.”

The cost of operating in outer space can be prohibitive. Planetary Resources itself is grappling with raising additional funding, with reports this year about layoffs and even a possible auction of company assets.

Still, Lewicki is confident that despite economic and technical challenges, humanity will someday exceed even the boldest dreamers—skyscrapers on the moon, interplanetary trips to Mars—as judged against today’s engineering marvels.

“What we’re doing is going to be very hard, very painful, and almost certainly worth it,” he said. “Who would have thought that there would be a job for a space miner that you could go to school for, even just five or ten years ago. Things move quickly.”