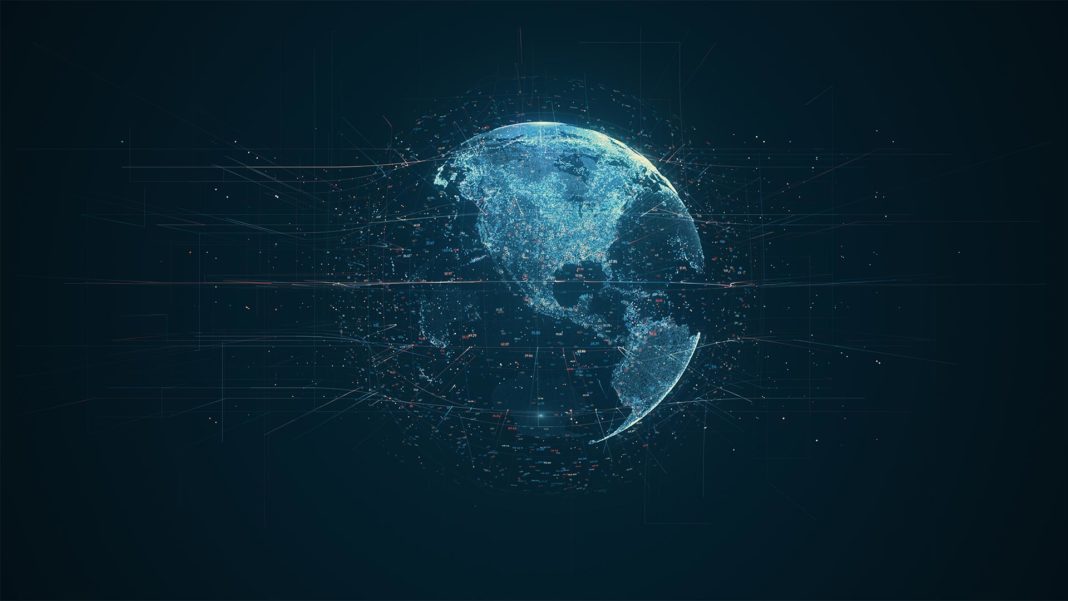 What would happen if we made all of our data public—everything from wearables monitoring our biometrics, all the way to smartphones monitoring our location, our social media activity, and even our internet search history?

Would such insights into our lives simply provide companies and politicians with greater power to invade our privacy and manipulate us by using our psychological profiles against us?

In fact, this trending ideology believes that liberating the flow of data is the supreme value of the universe, and that it could be the key to unleashing the greatest scientific revolution in the history of humanity.

First mentioned by David Brooks in his 2013 New York Times article “The Philosophy of Data,” dataism is an ethical system that has been most heavily explored and popularized by renowned historian, Yuval Noah Harari.

In his 2016 book Homo Deus, Harari described dataism as a new form of religion that celebrates the growing importance of big data.

Its core belief centers around the idea that the universe gives greater value and support to systems, individuals, and societies that contribute most heavily and efficiently to data processing. In an interview with Wired, Harari stated, “Humans were special and important because up until now they were the most sophisticated data processing system in the universe, but this is no longer the case.”

Now, big data and machine learning are proving themselves more sophisticated, and dataists believe we should hand over as much information and power to these algorithms as possible, allowing the free flow of data to unlock innovation and progress unlike anything we’ve ever seen before.

When you let data run freely, it’s bound to be mixed and matched in new ways that inevitably spark progress. And as we enter the exponential future where every person is constantly connected and sharing their data, the potential for such collaborative epiphanies becomes even greater.

We can already see important increases in quality of life thanks to companies like Google. With Google Maps on your phone, your position is constantly updating on their servers. This information, combined with everyone else on the planet using a phone with Google Maps, allows your phone to inform you of traffic conditions. Based on the speed and location of nearby phones, Google can reroute you to less congested areas or help you avoid accidents. And since you trust that these algorithms have more data than you, you gladly hand over your power to them, following your GPS’s directions rather than your own.

We can do the same sort of thing with our bodies.

Imagine, for instance, a world where each person has biosensors in their bloodstreams—a not unlikely or distant possibility when considering diabetic people already wear insulin pumps that constantly monitor their blood sugar levels. And let’s assume this data was freely shared to the world.

Now imagine a virus like Zika or the Bird Flu breaks out. Thanks to this technology, the odd change in biodata coming from a particular region flags an artificial intelligence that feeds data to the CDC (Center for Disease Control and Prevention). Recognizing that a pandemic could be possible, AIs begin 3D printing vaccines on-demand, predicting the number of people who may be afflicted. When our personal AIs tell us the locations of the spreading epidemic and to take the vaccine it just delivered by drone to our homes, are we likely to follow its instructions? Almost certainly—and if so, it’s likely millions, if not billions, of lives will have been saved.

But to quickly create such vaccines, we’ll also need to liberate research.

Currently, universities and companies seeking to benefit humankind with medical solutions have to pay extensively to organize clinical trials and to find people who match their needs. But if all our biodata was freely aggregated, perhaps they could simply say “monitor all people living with cancer” to an AI, and thanks to the constant stream of data coming in from the world’s population, a machine learning program may easily be able to detect a pattern and create a cure.

As always in research, the more sample data you have, the higher the chance that such patterns will emerge. If data is flowing freely, then anyone in the world can suddenly decide they have a hunch they want to explore, and without having to spend months and months of time and money hunting down the data, they can simply test their hypothesis.

Whether garage tinkerers, at-home scientists, or PhD students—an abundance of free data allows for science to progress unhindered, each person able to operate without being slowed by lack of data. And any progress they make is immediately liberated, becoming free data shared with anyone else that may find a use for it.

Any individual with a curious passion would have the entire world’s data at their fingertips, empowering every one of us to become an expert in any subject that inspires us. Expertise we can then share back into the data stream—a positive feedback loop spearheading progress for the entirety of humanity’s knowledge.

Unfortunately, our current incentives and economy also show us the tragic failures of this model.

As Harari has pointed out, the rise of datism means that “humanism is now facing an existential challenge and the idea of ‘free will’ is under threat.”

In 2017, The Economist declared that data was the most valuable resource on the planet—even more valuable than oil.

Perhaps this is because data is ‘priceless’: it represents understanding, and understanding represents control. And so, in the world of advertising and politics, having data on your consumers and voters gives you an incredible advantage.

This was evidenced by the Cambridge Analytica scandal, in which it’s believed that Donald Trump and the architects of Brexit leveraged users’ Facebook data to create psychological profiles that enabled them to manipulate the masses.

How powerful are these psychological models?

In a capitalist democracy, do we want businesses and politicians to know us better than we know ourselves?

In spite of the remarkable benefits that may result for our species by freely giving away our information, do we run the risk of that data being used to exploit and manipulate the masses towards a future without free will, where our daily lives are puppeteered by those who own our data?

And it’s for this reason that one of the most important conversations we’ll have as a species centers around data ownership: do we just give ownership of the data back to the users, allowing them to choose who to sell or freely give their data to? Or will that simply deter the entrepreneurial drive and cause all of the free services we use today, like Google Search and Facebook, to begin charging inaccessible prices? How much are we willing to pay for our freedom? And how much do we actually care?

If recent history has taught us anything, it’s that humans are willing to give up more privacy than they like to think. Fifteen years ago, it would have been crazy to suggest we’d all allow ourselves to be tracked by our cars, phones, and daily check-ins to our favorite neighborhood locations; but now most of us see it as a worthwhile trade for optimized commutes and dating. As we continue navigating that fine line between exploitation and innovation into a more technological future, what other trade-offs might we be willing to make?