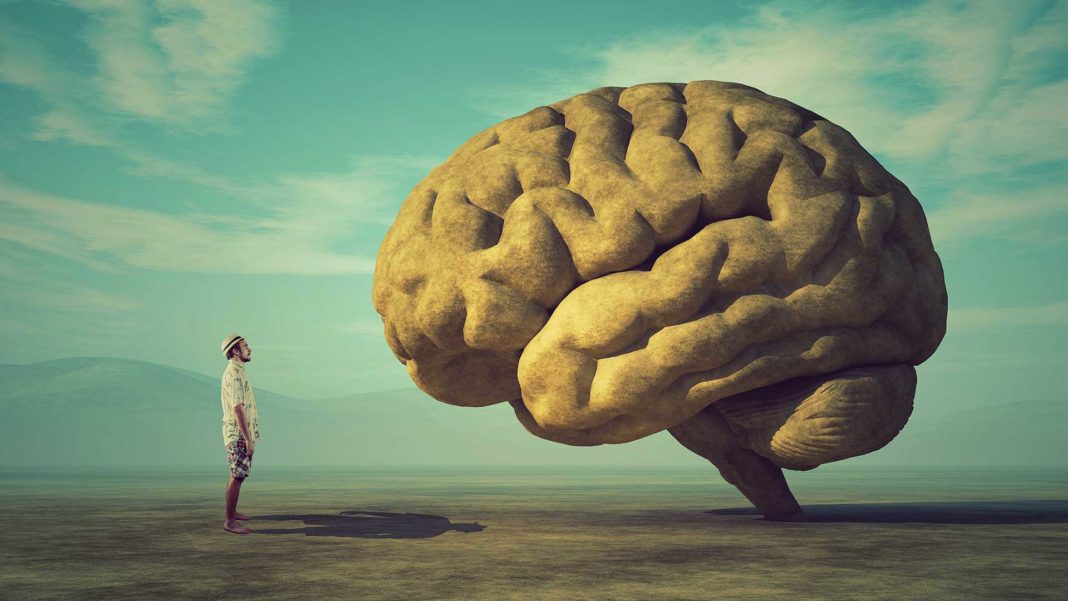 For a remarkably social species, we’re not particularly effective communicators.

Finding the right words to clearly, efficient transmit our thoughts to another consciousness—even something as simple as driving directions—can be a challenge, especially in-the-moment and under pressure.

What if we could do away with words altogether? What if, rather than relying on an intermediary, we could directly transmit our thoughts through a digital, internet-like space into another mind?

Yes, I’m talking about telepathy. No, we are absolutely not there. But a curious team of neural engineers from the University of Washington is pushing the boundaries of what human brain-to-brain communication could look like—a system not mired in the intricacies of grammar or subject to the limitations of language translation. A true universal means of communication for humankind.

Last month, in a study uploaded to the pre-print server arXiv, the team, led by Dr. Rajesh P.D. Rao, describes a system that lets three people collaboratively play a Tetris-like game. Dubbed “BrainNet,” the interface reads the brain activity of two people, the “senders,” and teases out relevant instructions on game play. These instructions are then used to stimulate the “receiver’s” brain, who then uses the information to perform a move in the game.

For now, the instructions are incredibly simple in that they’re binary. The system can’t transmit words or sentence-like thoughts from one person to another. But it is proof-of-concept that, on an incredibly rudimentary level, we are inching towards technology that could potentially one day take telepathy out of the realm of science fiction into the real world.

It’s fascinating stuff, with a caveat—because the study is pre-publication, it hasn’t yet been vetted by outside neuroscientists not involved in the study. In its current form, the results need to be taken with a grain of salt.

This isn’t the first jab at brain-to-brain communication. In 2014, a team from Spain introduced an interface that allowed two people to play a “20 questions”-like game, while physically located over 2,000 miles apart.

BrainNet builds upon the Spanish team’s contraption and Rao’s own work from 2014.

In that study, the interface included two pillars: one reads and decodes necessary neural activity, while the other writes or “encodes” useful information back into the brain.

The decoder hardware is EEG, which reads changes in the brain’s electrical activity through electrodes embedded into a cap. When a person imagines moving their hand in a certain direction, EEG can detect that intention by reading electrical activity from the motor cortex.

The “writing” part relies on transcranial magnetic stimulation (TMS). Using a magnetic coil, TMS changes the magnetic field over a portion of the brain to alter the region’s electrical activity. Depending on where you stimulate, the end result can be an automatic finger twitch, or a hallucinatory flash of light—called a phosphene—in a person’s field of vision.

Rao’s 2014 study used this setup between two volunteers to collaboratively play a computer game: firing a rocket at an incoming missile. Only the “sender” can see the screen—to win, the “sender” had to imagine moving the cursor, triggering changes in brain activity that’s recorded by EEG. EEG then sends a “fire” signal to the TMS setup, which in turn stimulates the “receiver’s” motor cortex, ushering him to press the touchpad to launch the rocket.

Although the two members were physically located a mile apart, they won roughly 80 percent of the time.

From Two to a Crowd

If the system works with two, why not three or more? After all, “human communication…has become increasingly dominated by means (such as social media) that allow multiple parties to interact in a network,” the team said.

In the new study, they hooked up two senders with EEG, and one receiver with TMS. The task here is to turn (or not) a falling block so that it fits into a space at the bottom of the screen. As before, only the senders can see the entire game screen; the receiver only sees the block at the top of the screen, and thus has to integrate information from both sources to decided whether or not to turn the falling block.

Then comes a second round of brain-to-brain magic: the senders can see whether the receiver made the right choice, presented as a rotated (or not) block at the middle of their screens. This lets them send feedback to the receiver, giving him a chance to rectify a potential mistake.

Rather than using EEG to pick up imaginary hand movements, here the scientists cleverly hijacked a quirk of brain waves to encode instructions. Our brain activity automatically entrains to certain outside stimulation: changing the beat of music or the speed of flashing lights can, in turn, change the frequency of our brain waves.

To send “rotate” as the instruction, the sender stared at an LED light flashing at 17hz. Looking at a 15hz light, which changes the frequency of brain activity in a way that’s detectable with EEG, sends a “don’t rotate” signal to the TMS hardware over the internet.

“Rotate” caused the TMS to zap the receiver’s visual cortex, causing him to see a flash of light. “Don’t rotate” also causes a zap, but below the threshold that induces the phosphene.

Testing five groups of these “triads,” the scientists found that their brain-to-brain protocol could crack the computer game with roughly 81 percent accuracy.

“This paper presents, to our knowledge, the first successful demonstration of multi-person non-invasive direct brain-to-brain interaction for solving a task,” the authors said.

The Future of Communication?

If you’re thinking “Wait, isn’t this just a fancy roundabout way to communicate yes or no?” you’re absolutely right.

The team agrees: from the first brain-to-brain system to BrainNet the “the level of information complexity has remained binary, i.e., only a bit of information is transmitted during each iteration of communication,” they said.

To broaden bandwidth, they’re now exploring using functional MRI (fMRI) to better read changes in brain activity. Perhaps rather than a simple “yes-no,” the next incremental system could be stochastic, with each step representing a different decoding signal.

As non-invasive neurotechnologies increase in resolution in both time and space, BrainNet is bound to get more sophisticated. A study using implanted electrodes in four mice showed that they could learn to pass on information in a bizarre game of brain wave “telephone,” essentially turning brains into a biological artificial network that classifies, stores, and transfers data. In another case, a group of monkeys learned to collaboratively control a prosthetic arm to catch a moving ball—with better performance than any single team member.

And there’s the ultimate goal for human BrainNets: combining the brain power of millions of people over the internet to solve a common problem.

Whether that’s possible remains questionable. But as the authors concluded, their results “raise the possibility of future brain-to-brain interfaces that enable cooperative problem solving by humans using a ‘social network’ of connected brains.”