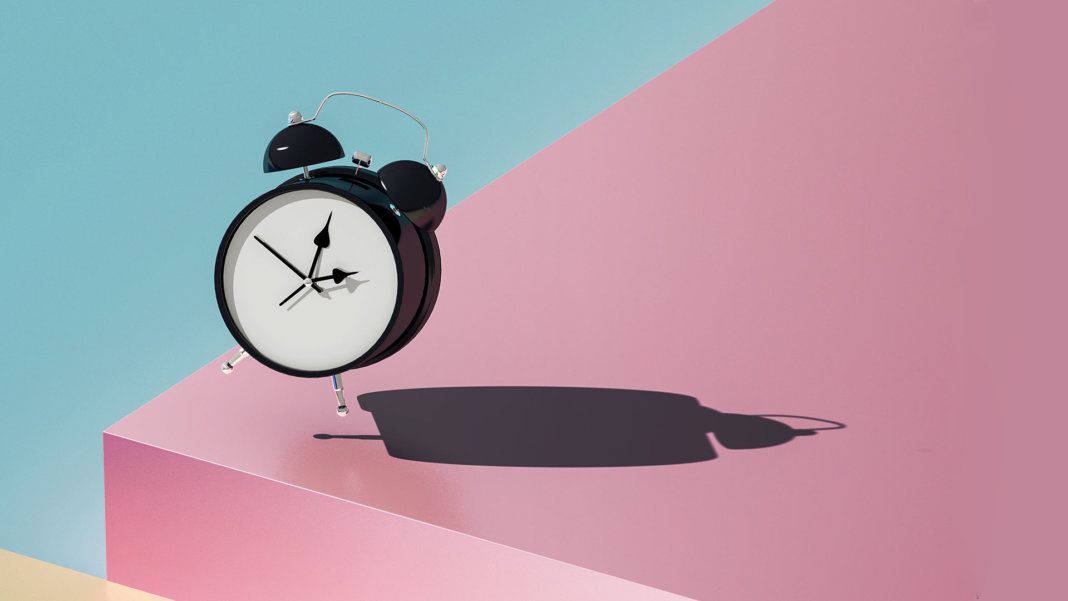 When it comes to healthcare disruption, technology is often at the center: wearables that track our biological stats, scanners that monitor our internal processes, or modulators that directly zap our brains into alternate states.

But to Dr. Satchin Panda, a professor at the Salk Institute in La Jolla, California, the key to health may already be within ourselves. In a talk at Singularity University’s Exponential Medicine conference in San Diego this week, he explained how research from the past two decades is slowly unveiling the rhythms of the human body. From DNA to cells, tissues to entire organs, the human body runs on millions of clocks synchronized with outside light.

A growing body of evidence now suggests that when we align our sleeping and eating habits with our circadian rhythms, we can stave off chronic diseases, reduce drug side effects, and even extend our healthspans.

“We spend almost half of our life right now fighting with chronic diseases. Most of these chronic diseases are not caused by pathogens, but mostly due to bad lifestyle choices that we make,” said Panda.

The answer isn’t pharmaceuticals: in fact, for every person a drug helps in chronic disease management, it fails in 3 to 24 others that take it.

“We need a completely new idea about what causes disease so that we can start a new revolution, finding new treatments and a new preventative strategy,” Panda said.

If you’ve ever traveled across time zones or engaged in shift work, you’ve felt the disruptive effects of knocking your circadian rhythm out of whack.

Scientists have long known that our sleep cycles are regulated by a master clock within the brain. The suprachiasmatic nucleus (known by the friendlier acronym “SCN”) houses a network of neurons that program the day-to-day oscillations of our biological needs—feeding, drinking, body temperature, hormone secretions—and synchronize them to external light.

A highway of connections link neurons in the SCN directly to special cells in the retina that transmit information about blue light. Back in the early 2000s, Panda and colleagues discovered a peculiar light-sensing protein decorating the surface of roughly 5,000 cells in the retina. Dubbed “melanopsin,” this particular sensor was especially fine-tuned to light wavelengths in the blue range—similar to light that permeates during the day. In contrast, the protein showed almost no response to candle light or moonlight.

Thanks to the discovery of melanopsin, scientists soon uncovered the role that blue or orange light plays in regulating our sleep cycles. Too little bright light during the day, or too much blue light in the evening, directly disrupts the secretion of melatonin, a sleep-inducing hormone.

Just a few sleepless nights can negatively impact metabolism, increasing diabetes risk. But if it continues for weeks, months, or years, said Panda, then disrupted sleep can lead to over 100 different chronic diseases, including depression, metabolic disorders, cognitive issues, and inflammation—the killers of our modern age.

Fortunately, the findings are already seeping into technology design. Apple, for example, recently introduced screen dimming and Night Shift, which automatically changes screens to a warmer color at night.

Thanks to circadian medicine, we now know that “lighting for health is not lighting for vision,” said Panda.

But the master clock is just the tip of the iceberg.

In fact, research shows that almost every cell, tissue, and organ follows its own circadian rhythm. The pancreas, for example, increases its production of insulin during the day, allowing us to better regulate blood sugar levels when we eat—but these secretions slow to a crawl at night. Thousands of genes in every organ follow a tight daily schedule, switching on and off around the same time every day. Even gut bugs in our microbiomes cycle their biological processes.

“We’re designed to have 24-hour rhythms in our physiology and metabolism. These rhythms exist because, just like our brains need to go to sleep each night to repair, reset, and rejuvenate, every organ needs to have down time to repair and reset as well,” said Panda.

It’s not just basic science. Recently, Panda’s team turned its focus on an unfortunate side effect of staying up too late: excessive eating.

There’s a saying that if “your eyes are open your mouth is open,” joked Panda. The health problems of eating outside the body’s normal rhythms, however, are no joke.

In one study using two genetically identical male mice, the team provided the rodents with high-fat, high-sugar food—the only difference was one group had round-the-clock access, whereas the other group’s eating was restricted to an eight-hour window. A few weeks later, despite consuming a similar amount of calories, the group that ate whenever got fat and sick. The other, despite eating the same junk food, was spared from obesity, fatty liver, and metabolic disease—simply because they restricted feeding to a short time window.

“We went back and repeated this experiment again and again…and always saw the same thing,” said Panda. “Mice that ate within 8 to 12 hours max always remained healthy.”

Later studies found that intermittently fasting can even reverse some symptoms of metabolic damage, in mice and men.

Three years ago the team launched a website called mycircadianclock.org, which—with informed consent—recruited citizen scientists to log their eating habits and health data. Over 50 percent of participants reported an eating window of longer than 15 hours.

When Panda and colleagues urged this group to restrict their eating to 10 hours, they found that people who adopted the practice showed improved metabolic profiles in just three months.

“What we are finding is that just controlling timing is much more powerful than any single drug that’s available,” said Panda.

From Drugs to Cancer

Better sleep and metabolism already give you an edge up in health. But Panda and others are finding that circadian medicine can potentially help two other fields: augmenting therapies, and managing cancer.

“Nearly 80 percent of FDA-approved drug targets may benefit if they’re given at the right time, and we can reduce adverse side effect,” said Panda.

Similarly, the time of day patients receive a flu shot, schedule open-heart surgery, or get chemotherapy or radiation can all impact their long-term outcomes—sometimes by as high as 20 to 25 percent.

More recently, his team has begun examining circadian rhythms in cells that are out of whack: tumor cells. In many cancers the clock breaks down. When the team reactivated the clock, the tumor cells died.

By “training the circadian clock, clocking the drugs, and drugging the clock…we can benefit almost billions of people worldwide who have these chronic conditions,” concluded Panda. “I’m really excited.”