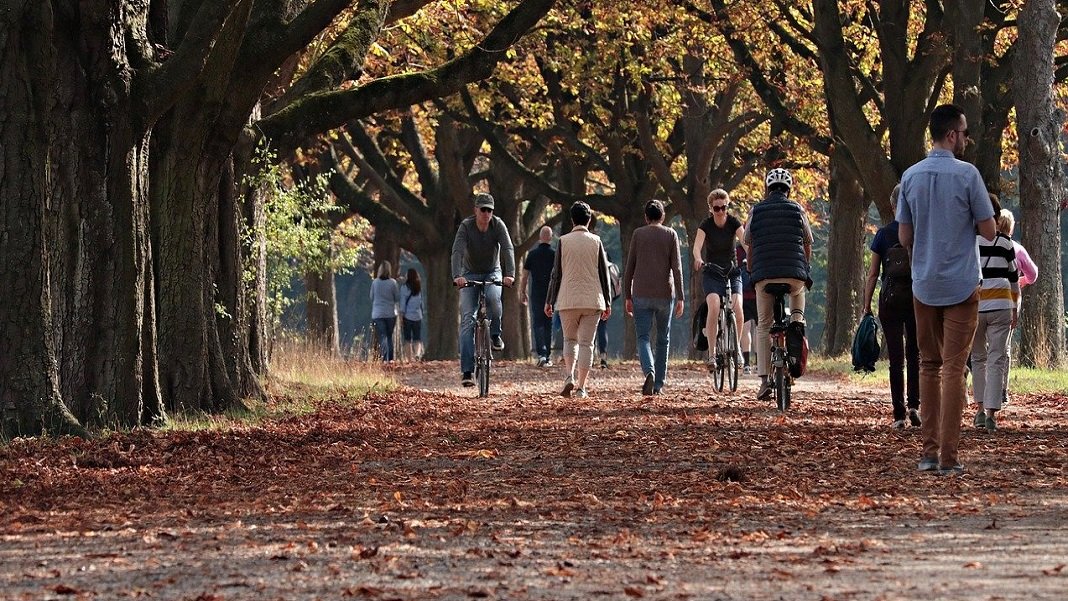 It’s not news that healthcare costs in the US are sky-high. What might be news to some, though, is that year over year, we’re spending more money to treat illness and disease, but getting less out of it.

According to Asif Dhar MD, Chief Informatics Officer at Deloitte, spending on diabetes alone went up by $75 billion in the five years from 2012-2017. Addiction—from alcoholism to prescription drugs to illegal drugs—costs Americans $740 a year in healthcare, crime, and lost productivity. The suicide rate in the US has gone up 33 percent in less than 2 decades; we’re 3 times more likely to kill ourselves than we are to be killed.

“Of the top ten reasons people die globally, five are inherently related to behaviors: what we eat, how we sleep, the medications we take,” Dhar said in a talk at Singularity University’s Exponential Medicine summit last week. He emphasized that spending more money isn’t the way to better health; rather, we should shift some of our focus away from treating sick individuals and towards creating healthy communities.

“80 percent of the problem has to do with the way we live, how we engage in healthy behaviors, and what our communities are like,” Dhar said. “We can move from healthcare to health by expanding the aperture of what we’re reinventing.”

Average life expectancy in the US is declining for the first time since 1918, and if you look at the top causes—drug overdoses, suicide, and liver disease—it can be pretty easily argued that we’re dying younger not because we can’t cure disease, but because we’re not living well.

The “emperor of all maladies” (an apt moniker bestowed on cancer by physician and author Siddharta Mukherjee), is a good example. 42 percent of all cancers are preventable, stemming from factors like an unhealthy diet, smoking, and a lack of exercise. “That effectively means that 659,000 cancer cases never needed to happen,” Dhar said. “Is that a question of care, or is it a question of how we live?”

To be sure, our healthcare system is flawed. Medical error rates are high, care is absurdly expensive, and there are curable diseases that haven’t been cured, Dhar pointed out. But by the time people get to a doctor or hospital, they’re already sick; the damage has already been done. So why aren’t we trying harder to dig down to the roots where that damage starts? How do we figure out where those roots are? And how big of a difference could it make if we focused on nourishing roots rather than bandaging or reviving dying trees?

Dhar and his colleagues think communities are at the root of our health, and that if we focus on building healthier communities, the payoffs in quality of life, years of life, and dollars saved will all be significant. A team at Deloitte came up with five consistent themes for how communities can reduce costs while improving the health of their people.

2. Foster a sense of community and well-being

4. Meaningfully use data to improve outcomes

5. Enable new innovative models for the way these societies work

For a concrete example of what it looks like to apply these steps, Dhar pointed to Oklahoma City. After it was designated America’s fattest city in 2007, the city’s mayor decided to fight back by implementing a program called “This City Is Going on a Diet.” A website was created to track progress, with around 47,000 people signing up to report their weight loss. The government poured money into building sidewalks, bike trails, parks, and wellness centers, encouraging people to ditch their cars and use more active modes of transportation. Within five years, the city’s residents collectively lost a million pounds.

“The one thing we know that gets people to walk is to create places that are enticing so they want to walk there,” said Dick Jackson, a UCLA medical professor and former director of the Centers for Disease Control’s National Center for Environmental Health. “Telling people to exercise, to go to the gym, doesn’t seem to work. You have to build it into daily life.”

Geisinger Health System (serving Pennsylvania and New Jersey) used a community focus in a slightly different way than Oklahoma City. After realizing they were spending more on treating type 2 diabetes patients but outcomes weren’t improving, the health system decided to take another route and zeroed in on patients’ diets. “They started thinking about food as medicine,” Dhar said, “asking if they could start prescribing food. They did, and the results were astounding.”

Geisinger created a “Fresh Food Farmacy,” sourcing food from local food banks and providing patients with two meals’ worth of food per day, five days per week, for as long as they need it. Among pilot participants, there was a reduction of 80 percent in treatment cost and an average 2.1 percent reduction in patients’ HbA1C levels.

“When it comes to the social determinants of health, we know there are many more causes impacting the health of a population than access to quality medical care,” said David Feinberg, Geisinger’s former CEO. “We want to transform healthcare at its core by focusing on preventative care, behavioral health, and economic growth.”

Creating health-focused communities and empowering people to take their wellness into their own hands will have huge implications for the American healthcare system. Dhar emphasized that while people don’t always make optimal health choices for themselves, they’re far more likely to engage in healthy behaviors when they’re in an environment that enables, encourages, and models healthy choices.

Examining the root causes of poor health in a community then transforming those factors from the ground up will require larger up-front investments, but will save cities, health systems, and individuals millions of dollars over time—and give everyone a higher quality of life in the process.

“What was thought of as completely impossible is completely doable today,” Dhar concluded.