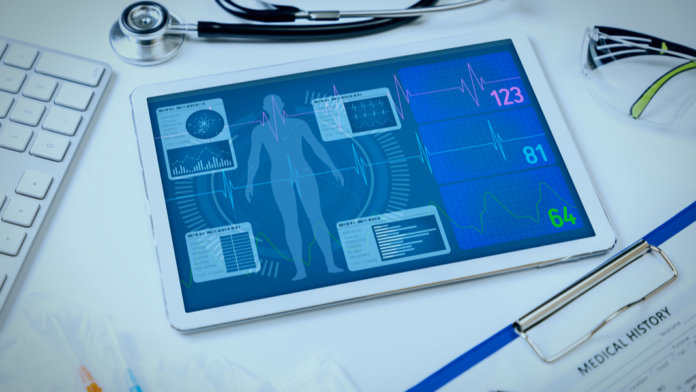 If you think you’ve got a bad case of the travel bug, get this: Dr. John Halamka travels 400,000 miles a year. That’s equivalent to fully circling the globe 16 times.

Halamka is chief information officer at Harvard’s Beth Israel Deaconess Medical Center, a professor at Harvard Medical School, and a practicing emergency physician. In a talk at Singularity University’s Exponential Medicine last week, Halamka shared what he sees as the biggest healthcare problems the world is facing, and the most promising technological solutions from a systems perspective.

Less of This, More of That

From Asia to Europe and Africa to America, societies are trying to figure out how best to manage an aging population. Japan is perhaps the most dramatic example: “In Japan 25 percent of the population is over the age of 65, the birth rate is 1.4, and hardly any primary care physicians are going into the profession,” Halamka said.

Longer lifespans around the world are a testament to medical progress, but they also mean rising healthcare costs and higher rates of chronic disease. Combine that with low birth rates and the implications are magnified; there’s not going to be anyone to pay for the care of this aging society.

That care isn’t just for the body, it’s for the mind too. Anxiety and depression have become something of an epidemic, whether due to the relentless pace of modern life, the isolation of increasingly individualist cultures, or the comparisons and competitiveness brought about by social media. “Across the world no one’s really addressing the mental health burden very well,” Halamka said.

All these issues would be more solvable if there were more people to work on solving them—that is, more doctors. But there’s actually a marked shortage of clinicians, and of specialization in the most high-demand fields. “You’re not seeing a distribution of the kind of services people need,” Halamka said. This is especially a problem in rural areas.

Finally, the systems we’ve built to help with the above problems have themselves become a problem. Multiple countries are trying to figure out how to deal with a lack of interoperability and data sharing in their medical information technology.

Rather than being highly imaginative or far-reaching, Halamka noted, many of the healthcare technologies the world needs are actually quite simple and practical.

The Tech That Can Help

Working for the Bush and Obama administrations, Halamka was a first-hand witness to the way regulation can create a burden for clinicians. Between the FDA recommending that doctors monitor patient implants at every visit, the CDC recommending a travel history be taken at every visit, Medicare and Medicaid putting forth 20 quality measures for every visit, Halamka said, “By the time we were done, there were 140 required data elements to be entered at every visit while making eye contact, being empathetic and never committing malpractice. It’s not possible!”

This is where machine learning can help. Halamka joked that if AI can replace your doctor, AI should replace your doctor; the things we really want our doctors to do—listen to us, respect our care preferences, guide us through all the possibilities—can’t be done by a machine.

But AI can reduce clinicians’ burden of documentation using functions like natural language processing. Imagine a version of Alexa that listens to doctor-patient conversations, takes notes, and produces charts—all the doctor has to do is review and sign.

AI can also augment physicians’ capacity to understand evidence and make informed decisions. “There are 800 papers published in my field every week,” Halamka said. “I’m a little behind on my reading.”

Those decisions can run from which antibiotic to prescribe a patient to the amount of time to reserve an operating room for. After implementing a machine learning algorithm that predicted how much time patients would need in the OR by comparing them to thousands of similar patients, Beth Israel was able to free up 30 percent of its OR schedule and enhance its throughput.

Earlier this year, Halamka was diagnosed with primary hypertension. His lifestyle and diet essentially couldn’t be healthier—he’s a vegan who avoids both caffeine and alcohol—but it turned out the condition was hereditary. His doctor prescribed beta blockers. “Ugh,” he said. “They’re like negative espresso.” 50 milligrams of metoprolol was the dose for a person of his size, age, and gender—but, he realized, all that had no bearing on his body’s ability to metabolize metoprolol.

So he decided to do a little experiment. While varying the dosage, he used sensors around his home and office to monitor his mood, energy, blood pressure, pulse, and other indicators. “I was able to tailor my medication to the right dose, with the right output, and the fewest side effects for me,” he said. “And that’s the kind of thing we all want.”

In the near future we’ll be able to 3D print pills, assess their efficacy with the smart devices in our homes, and tailor them to the optimal dosage for our bodies.

Halamka pointed out that there are 26 different electronic health records (EHRs) used in the Boston region alone. But Fast Health Interoperability Resources (FHIR), an application programming interface for exchanging electronic health records, will soon enable new ways to aggregate data from different EHRs. Patients will be able to look at their lifetime experience, and not just a single silo in a single EHR.

“My hope is the data of the past will inform the care of patients in the future,” Halamka said.

When his wife, who is Korean, was diagnosed with stage three breast cancer, he used an open source tool called i2b2 to mine data from Harvard’s 17 hospitals, looking at treatments and outcomes of women with the same type of cancer and of the same age and ethnicity.

He found that Taxol, the drug used to treat this cancer, causes neuropathy (numbness in the hands and feet) in Asian women. “My wife is an artist, so saying ‘you’re cured but you can’t work ever again’ wasn’t a desirable outcome,” Halamka said. So they did a clinical trial of one, taking her Taxol dose down by 50 percent. Today she’s well and functional, and her hands and feet are just as they were before treatment. That is the kind of thing we need to use big data for, he said.

Halamka is the nation’s expert in poisonous mushrooms and plants, and he does 900 telemedicine consultations every year (he is malpractice insured in all 50 US states).

He said, “Here I am with my iPhone, receiving images and cases from all over the world, and through just a virtual interaction, developing a care plan that keeps people healthy. It’s low cost and it’s efficient. And that’s the kind of expertise we all need access to, whether we’re urban or rural, whether you’re in the US or elsewhere.”

One challenge, however, is policy. State licenses and malpractice insurance can make crossing borders complicated. If a doctor in, say, North Dakota consults Halamka for a mushroom poisoning and Halamka advises a certain treatment, the North Dakota doctor ultimately decides whether to offer the treatment or not.

Halamka believes one of the main use cases for blockchain in medical IT is in auditing and integrity. When Harvard doctors are sued for malpractice, he said, he’s asked to provide 20 years’ worth of medical records to the plaintiff attorney, but there’s no guarantee or way to prove those records haven’t been altered in any way.

A blockchain audit trail would fix this problem. “When a note is signed put a hash of that note into the blockchain, twenty years go by, you can validate the note has not been changed,” Halamka said. You could also use it to show patient consent, or incentivize them to contribute their data or comply with treatment regimens.

On Their Way, Already Here

The technologies and use cases Halamka outlined aren’t decades or even years out—they’re up and running in hospitals today. Beth Israel Deaconess, he said, is using machine learning to read faxes, apply metadata, and insert information into medical records. They’re using mobile and an internet of things to keep congestive heart failure patients healthy in their homes. They’re pushing data across the community to track where patients are receiving care and help coordinate the best care at the lowest cost.

Robots that can perform precision surgery and AIs that can diagnose rare illnesses in minutes aren’t going to eliminate our need for physicians. In fact, if it’s applied in the right ways, tech will not only help doctors practice at the top of their licenses and hospitals to run with utmost efficiency—it will reduce the likelihood that we’ll end up there to begin with.