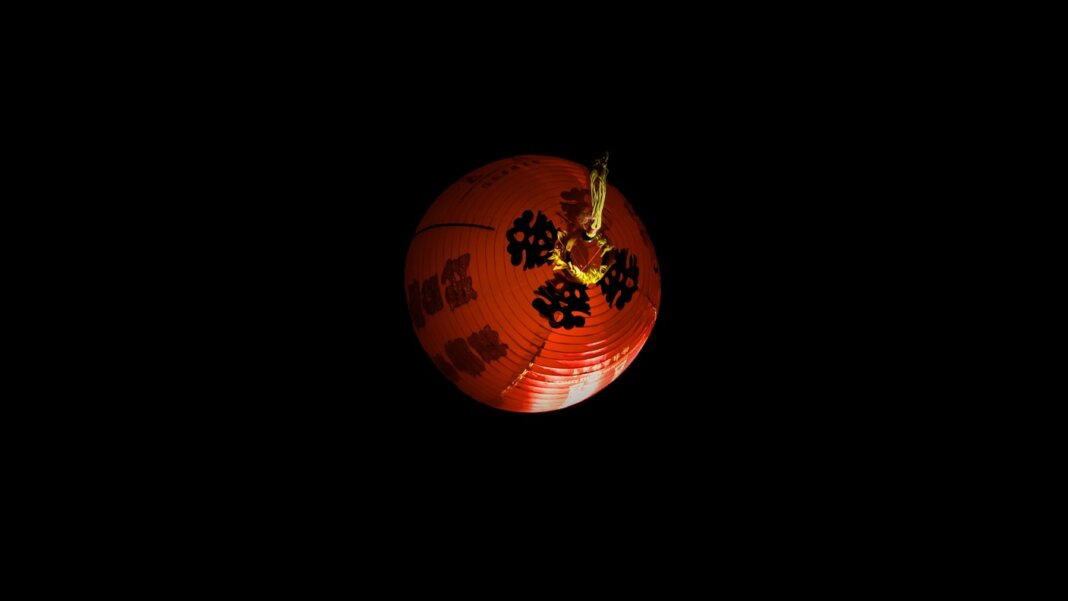 China’s star has been steadily rising for decades. Besides slashing extreme poverty rates from 88 percent to under 2 percent in just 30 years, the country has become a global powerhouse in manufacturing and technology. Its pace of growth may slow due to an aging population, but China is nonetheless one of the world’s biggest players in multiple cutting-edge tech fields.

One of these fields, and perhaps the most significant, is artificial intelligence. The Chinese government announced a plan in 2017 to become the world leader in AI by 2030, and has since poured billions of dollars into AI projects and research across academia, government, and private industry. The government’s venture capital fund is investing over $30 billion in AI; the northeastern city of Tianjin budgeted $16 billion for advancing AI; and a $2 billion AI research park is being built in Beijing.

On top of these huge investments, the government and private companies in China have access to an unprecedented quantity of data, on everything from citizens’ health to their smartphone use. WeChat, a multi-functional app where people can chat, date, send payments, hail rides, read news, and more, gives the CCP full access to user data upon request; as one BBC journalist put it, WeChat “was ahead of the game on the global stage and it has found its way into all corners of people’s existence. It could deliver to the Communist Party a life map of pretty much everybody in this country, citizens and foreigners alike.” And that’s just one (albeit big) source of data.

Many believe these factors are giving China a serious leg up in AI development, even providing enough of a boost that its progress will surpass that of the US.

But there’s more to AI than data, and there’s more to progress than investing billions of dollars. Analyzing China’s potential to become a world leader in AI—or in any technology that requires consistent innovation—from multiple angles provides a more nuanced picture of its strengths and limitations. In a June 2020 article in Foreign Affairs, Oxford fellows Carl Benedikt Frey and Michael Osborne argued that China’s big advantages may not actually be that advantageous in the long run—and its limitations may be very limiting.

To get an idea of who’s likely to take the lead in AI, it could help to first consider how the technology will advance beyond its current state.

To put it plainly, AI is somewhat stuck at the moment. Algorithms and neural networks continue to achieve new and impressive feats—like DeepMind’s AlphaFold accurately predicting protein structures or OpenAI’s GPT-3 writing convincing articles based on short prompts—but for the most part these systems’ capabilities are still defined as narrow intelligence: completing a specific task for which the system was painstakingly trained on loads of data.

(It’s worth noting here that some have speculated OpenAI’s GPT-3 may be an exception, the first example of machine intelligence that, while not “general,” has surpassed the definition of “narrow”; the algorithm was trained to write text, but ended up being able to translate between languages, write code, autocomplete images, do math, and perform other language-related tasks it wasn’t specifically trained for. However, all of GPT-3’s capabilities are limited to skills it learned in the language domain, whether spoken, written, or programming language).

Both AlphaFold’s and GPT-3’s success was due largely to the massive datasets they were trained on; no revolutionary new training methods or architectures were involved. If all it was going to take to advance AI was a continuation or scaling-up of this paradigm—more input data yields increased capability—China could well have an advantage.

But one of the biggest hurdles AI needs to clear to advance in leaps and bounds rather than baby steps is precisely this reliance on extensive, task-specific data. Other significant challenges include the technology’s fast approach to the limits of current computing power and its immense energy consumption.

Thus, while China’s trove of data may give it an advantage now, it may not be much of a long-term foothold on the climb to AI dominance. It’s useful for building products that incorporate or rely on today’s AI, but not for pushing the needle on how artificially intelligent systems learn. WeChat data on users’ spending habits, for example, would be valuable in building an AI that helps people save money or suggests items they might want to purchase. It will enable (and already has enabled) highly tailored products that will earn their creators and the companies that use them a lot of money.

But data quantity isn’t what’s going to advance AI. As Frey and Osborne put it, “Data efficiency is the holy grail of further progress in artificial intelligence.”

To that end, research teams in academia and private industry are working on ways to make AI less data-hungry. New training methods like one-shot learning and less-than-one-shot learning have begun to emerge, along with myriad efforts to make AI that learns more like the human brain.

While not insignificant, these advancements still fall into the “baby steps” category. No one knows how AI is going to progress beyond these small steps—and that uncertainty, in Frey and Osborne’s opinion, is a major speed bump on China’s fast-track to AI dominance.

A lot of great inventions have happened by accident, and some of the world’s most successful companies started in garages, dorm rooms, or similarly low-budget, nondescript circumstances (including Google, Facebook, Amazon, and Apple, to name a few). Innovation, the authors point out, often happens “through serendipity and recombination, as inventors and entrepreneurs interact and exchange ideas.”

Frey and Osborne argue that although China has great reserves of talent and a history of building on technologies conceived elsewhere, it doesn’t yet have a glowing track record in terms of innovation. They note that of the 100 most-cited patents from 2003 to present, none came from China. Giants Tencent, Alibaba, and Baidu are all wildly successful in the Chinese market, but they’re rooted in technologies or business models that came out of the US and were tweaked for the Chinese population.

“The most innovative societies have always been those that allowed people to pursue controversial ideas,” Frey and Osborne write. China’s heavy censorship of the internet and surveillance of citizens don’t quite encourage the pursuit of controversial ideas. The country’s social credit system rewards people who follow the rules and punishes those who step out of line. Frey adds that top-down execution of problem-solving is effective when the problem at hand is clearly defined—and the next big leaps in AI are not.

It’s debatable how strongly a culture of social conformism can impact technological innovation, and of course there can be exceptions. But a relevant historical example is the Soviet Union, which, despite heavy investment in science and technology that briefly rivaled the US in fields like nuclear energy and space exploration, ended up lagging far behind primarily due to political and cultural factors.

Similarly, China’s focus on computer science in its education system could give it an edge—but, as Frey told me in an email, “The best students are not necessarily the best researchers. Being a good researcher also requires coming up with new ideas.”

Beyond the question of whether China will achieve AI dominance is the issue of how it will use the powerful technology. Several of the ways China has already implemented AI could be considered morally questionable, from facial recognition systems used aggressively against ethnic minorities to smart glasses for policemen that can pull up information about whoever the wearer looks at.

This isn’t to say the US would use AI for purely ethical purposes. The military’s Project Maven, for example, used artificially intelligent algorithms to identify insurgent targets in Iraq and Syria, and American law enforcement agencies are also using (mostly unregulated) facial recognition systems.

It’s conceivable that “dominance” in AI won’t go to one country; each nation could meet milestones in different ways, or meet different milestones. Researchers from both countries, at least in the academic sphere, could (and likely will) continue to collaborate and share their work, as they’ve done on many projects to date.

If one country does take the lead, it will certainly see some major advantages as a result. Brookings Institute fellow Indermit Gill goes so far as to say that whoever leads in AI in 2030 will “rule the world” until 2100. But Gill points out that in addition to considering each country’s strengths, we should consider how willing they are to improve upon their weaknesses.

While China leads in investment and the US in innovation, both nations are grappling with huge economic inequalities that could negatively impact technological uptake. “Attitudes toward the social change that accompanies new technologies matter as much as the technologies, pointing to the need for complementary policies that shape the economy and society,” Gill writes.

Will China’s leadership be willing to relax its grip to foster innovation? Will the US business environment be enough to compete with China’s data, investment, and education advantages? And can both countries find a way to distribute technology’s economic benefits more equitably?

Time will tell, but it seems we’ve got our work cut out for us—and China does too.