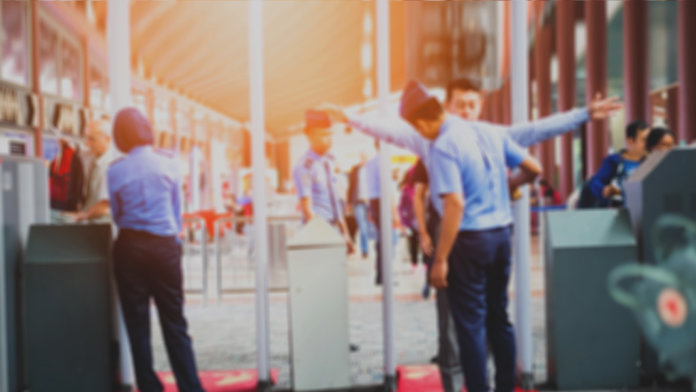 We’re in the midst of one of the busiest weeks of the year for air travel, with 30.6 million passengers expected to fly on US airlines in the days leading up to and following Thanksgiving.

On a daily basis, the Transportation Security Administration (TSA) needs to manage both frustrations and fears. Travelers are agitated by long lines and intrusive screening measures. They are also aware of the complex and dangerous threat environment, which has included 297 mass shootings in the US this year alone. How can the TSA mitigate both the frustrations and the fears, given that these sentiments often work against each other?

The agency is experimenting with passive terahertz screening technology. Thruvision, a British company, claims its 50-pound devices can be used to screen multiple passengers simultaneously, from a distance of 25 feet away. The TSA is testing the efficacy of these devices at a facility near Arlington, Virginia.

Although the large-scale deployment of Thruvision’s devices could prove significant, industry experts say that variations of passive terahertz technology have been under development for over ten years. There are differences between various companies’ iterations. In a press release, Thruvision noted that its stand-off people-screening solution uses a proprietary version of the technology.

Passive terahertz solutions work by sensing the heat emission from a human body in order to visualize hidden hazardous objects. According to an article published by SPIE, this thermal mapping approach uses the same type of radiation as active MMW imagers, but the lack of artificial illumination reduces health risks. Additionally, the tech may reassure privacy advocates. Passive thermal imagers record temperature variations instead of body shapes, which results in less-revealing imagery. Thruvision’s press release also emphasizes that its devices do not reveal anatomical details or emit energy or radiation.

Thruvision claims the technology can screen more than 2,000 passengers per hour. But once it’s implemented into the practical operating environment of an airport, things might actually move much slower.

“When you’re in an airport, that doesn’t work as long as you have to screen the carry-on baggage,” Ray White, a former TSA executive, told me in an interview. “So if you come through with a laptop and a carry-on bag, that has to be x-rayed. That is the slow point in the entire screening process. You’re certainly not going to get 2,000 an hour through an x-ray machine, it just doesn’t work that way.”

However, White noted that the industry has made a lot of advances in the technology that screens checked baggage. The agency is exploring high-speed explosives detections systems with a throughput that could exceed 900 bags per hour. The agency has also deployed new Computed Tomography (CT) units to selected airports. By moving CT technology from the checked baggage area to the passenger checkpoint, it could speed up and eliminate the bottleneck the current x-ray system creates.

How the TSA Chooses and Tests Tech

Every day, 2,587,000 passengers fly in and out of US airports. There are 5,116 public airports and 14,485 private airports. Given the enormity and complexity of these operations, it isn’t surprising that technologies sometimes underperform in the field, despite promising lab results.

In order to ensure safety and efficacy, the TSA has to carefully test and choose its tech. The agency hosts regular events where they invite industry to come in and share new innovations under development.

“The TSA is working hand-in-glove, as best they can, with the industry to certainly innovate and make things more acceptable to the traveling public,” said Ray White.

When asked whether the immediacy of national security ever causes tech to be rolled out prematurely, White said yes. So did Jeffrey C. Price, M.A., an aviation and aerospace science professor at Metropolitan State University of Denver, and the author of aviation security textbooks.

One example was the puffer machine. These machines were meant to detect small traces of certain compounds, such as explosives and illegal drugs, by blowing particles off passengers with a puff of air.

“But that was premature, we bought 80 of those, put them out in the field, tested them, and they didn’t work well enough. There were too many glitches,” said White.

“The problem with that is airports are dirty, dusty environments,” said Price. “So they have to be able to detect it, have to handle the throughput, and it has to be resilient.”

The TSA determines specifications and standards for new technologies and then tests them at a mockup checked bag screening system and a mockup checkpoint. Equipment is then moved out into the field and placed in a pilot program. During this stage of operational field testing, the new equipment is redundant to what is already being carried out. The stakes are too high to rely on something unproven. The equipment has to meet a certain threshold for effectiveness. That detection capability is classified.

Public criticism of TSA technologies is often centered around health concerns and privacy. Scientifically, it isn’t always possible to definitively know the health effects of screening technologies or any technologies, unless you have population studies about 20 years after they have been implemented.

In past instances, the TSA has iteratively adjusted its technology in response to complaints from the public. Backscatter machines were substituted with millimeter wave scanners that produce less detailed body imagery. Additionally, researchers found that millimeter wave scanners mitigate the risk of adverse health effects by using non-ionizing radiation.

The Future of Aviation Security

When asked whether the passive terahertz technology could replace the current full-body scanners, Price said he hopes new tech can eventually replace the need for a checkpoint, as checkpoints could be targets for terrorists.

He explained, “The terrorists have clearly changed tactics and they are now looking at attacking public areas, and a screening checkpoint does not fix that. All it does is move the public area to where the checkpoint is, whereas this type of technology is a much better deterrent.”

He suggested installing passive terahertz scanners near the entrances of public areas. “When people are coming in, they’re scanned passively, they won’t even know it most of the time. If there’s no threat, they can just walk to the gate like they used to. If there’s a threat, that can be tracked and we can have somebody intercept them.”

The Thruvision devices have been field-tested in the L.A. subway system. Within the last five years, more than 200 units have been deployed worldwide. If the technology continues to perform well, it could be a game-changer.

“I think we’ve seen the full cycle of what we can do with the screening checkpoint. It’s now time to build a better mousetrap,” said Price. 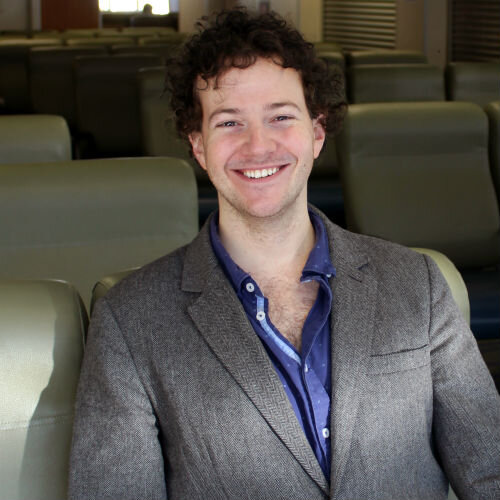