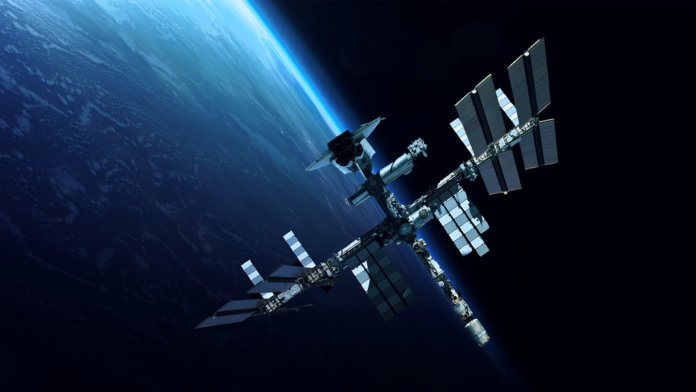 It’s been 20 years since the first components of the International Space Station (ISS) were launched from Earth. Orbiting the planet every 90 minutes at about 250 miles above Earth’s surface, the ISS has been the cornerstone of NASA’s mission for much of these last two decades.

The ISS isn’t orbiting without a purpose. It’s also been home to thousands of science experiments that seek to understand life among the stars—or to give us unique insights into life here on Earth.

Space.com reports that the ISS has enough science gear for more than 250 different experiments at any given time. Below are highlights from six of the top science experiments currently being conducted on the space station.

As many as 10 million people are living with Parkinson’s disease, a degenerative nerve disorder that causes dopamine levels in the brain to drop, leading to symptoms that include tremors, stiffness, loss of balance, and even cognitive decline. The disease’s most famous victim is actor Michael J. Fox, whose eponymous foundation funds research to study and cure the affliction.

Fox’s foundation has partnered with the ISS on research targeting a protein produced by a gene mutation believed to be involved in Parkinson’s disease. Drug therapies targeting the LRRK2 protein need additional information about its crystalline structure. The absence of gravity aboard the ISS should allow the crystals to grow larger and in a more uniform pattern, which will make them easier to study back on Earth using high-resolution imaging technology.

The experiment was first sent to the ISS in August 2017. The most recent re-supply mission, using a Northrop Grumman Cygnus spacecraft that docked at the space station earlier this month, delivered additional hardware to improve the size of the crystals for a second series of experiments.

NASA scientists and many others have long studied the effects of microgravity on the human body. A new four-year project, Tissue Chips in Space, is taking a different approach to space-based research on human physiology.

Tissue chips are small chips containing human cells grown on an artificial platform to mimic the structure and function of human tissue and organs. The idea is that scientists at the ISS can use the tissue chips to better understand how microgravity affects human health and disease, possibly applying those findings to healthcare on Earth. Five experiments have been funded so far, with the first one investigating muscle atrophy from microgravity conditions.

The program is a collaboration between the ISS National Lab and the National Center for Advancing Translational Sciences, part of the National Institutes of Health. The experiment will be underway next month when the SpaceX CRS-16 resupply mission makes the final flight of 2018 to the ISS.

3. Raise a glass to science

People can’t survive on potatoes alone, if and when we reach Mars. We’ll need strategies for finding food, water, and shelter on the Red Planet. Any balanced diet in space should probably include beer, if we’re going to survive the long, strange journey across the solar system.

Astronauts aboard the ISS aren’t exactly making homebrew just yet. Instead, they’re growing barley seeds provided by the Anheuser-Busch company to determine how the grain reacts in a microgravity environment. Will the seeds exhibit genetic alterations or morphological abnormalities?

A series of experiments are being conducted with the help of Space Tango, one of the few space startups contracted with NASA to work aboard ISS National Laboratory. The grains are contained in one of Space Tango’s shoebox-sized CubeLabs for small experiments, which are expected to wrap up by April 2019.

Another space startup, Made in Space, made headlines a few years ago when it sent the first 3D printer to the ISS. It gave astronauts the ability to manufacture parts without making the 250-mile trip back to Earth.

Now, the ISS is testing a new device called the Refabricator, the first integrated 3D printer and recycler on board the space station. The Refabricator recycles plastic waste materials into high-quality 3D printer filament, providing material for repairs during long-duration missions.

The instrument comes from a company called Tethers Unlimited, which is one of several commercial ventures developing additive manufacturing in space for large structures such as satellites. For example, Made in Space is designing a system called Archinaut that will be able to assemble satellites or other instruments autonomously. Such technology is expected to slash the costs for launching hardware into space.

Parkinson’s isn’t the only disease astronauts are investigating. There are actually multiple experiments underway on the ISS for cancer research, including numerous protein crystallization studies similar to those studied by the Michael J. Fox Foundation.

In addition, a project from the Mayo Clinic cultivates stem cells to improve our understanding of cancer resistance to chemotherapy. In another project, a company called 490 Biotech, Inc., is testing a novel bioluminescent technology that seeks to improve drug discovery efforts for anti-cancer therapeutics.

In fact, there are a number of drug discovery investigations taking place on the space station. Oncolinx Pharmaceuticals is testing a novel immunotherapy drug that attaches to antibodies that target cancer cells, which may increase the effectiveness of the drugs and reduce side effects. Another biotech company called Angiex is testing a cancer therapy that targets tumor blood vessels, which tumors need to grow.

Scientists are investigating how stardust turns into planets for a project called Experimental Chondrule Formation at the International Space Station (EXCISS). Chondrules are believed to be the oldest solid material in the solar system and possibly the building blocks for planets and moons.

Astronauts aboard the ISS are conducting an experiment that mimics the possible conditions—low gravity and high energy—that led to planet formation by zapping silicate dust with electrical charges to turn them into chondrules.

The experiment takes place in a NanoRacks chamber, with a tiny vibration motor shaking the chamber to set the dust particles floating. An electric charge is produced every hour, 100 times, while a camera records the action.

In its 20 years of existence, the ISS has been home to numerous experiments. A virtual zoo of organisms has been launched to the space station, from regenerating worms to sex-craving geckos. But the experiments on the ISS do not serve only to explore space and other life forms; human physiology itself is often under the microscope at the ISS, as we try to develop strategies for surviving long-term radiation exposure or curing diseases. We can only guess at what the next twenty years will bring.