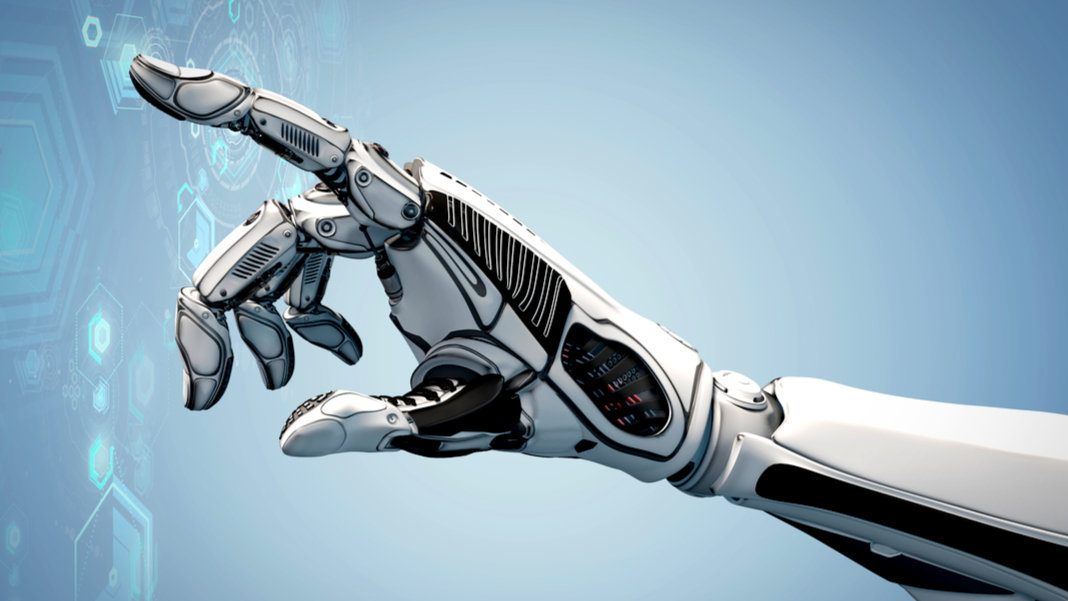 The Internet of Things is a popular vision of objects with internet connections sending information back and forth to make our lives easier and more comfortable. It’s emerging in our homes, through everything from voice-controlled speakers to smart temperature sensors. To improve our fitness, smart watches and Fitbits are telling online apps how much we’re moving around. And across entire cities, interconnected devices are doing everything from increasing the efficiency of transport to flood detection.

In parallel, robots are steadily moving outside the confines of factory lines. They’re starting to appear as guides in shopping malls and cruise ships, for instance. As prices fall and the artificial intelligence (AI) and mechanical technology continues to improve, we will get more and more used to them making independent decisions in our homes, streets and workplaces.

Here lies a major opportunity. Robots become considerably more capable with internet connections. There is a growing view that the next evolution of the Internet of Things will be to incorporate them into the network, opening up thrilling possibilities along the way.

Even simple robots become useful when connected to the internet—getting updates about their environment from sensors, say, or learning about their users’ whereabouts and the status of appliances in the vicinity. This lets them lend their bodies, eyes, and ears to give an otherwise impersonal smart environment a user-friendly persona. This can be particularly helpful for people at home who are older or have disabilities.

We recently unveiled a futuristic apartment at Heriot-Watt University to work on such possibilities. One of a few such test sites around the EU, our whole focus is around people with special needs—and how robots can help them by interacting with connected devices in a smart home.

Suppose a doorbell rings that has smart video features. A robot could find the person in the home by accessing their location via sensors, then tell them who is at the door and why. Or it could help make video calls to family members or a professional carer—including allowing them to make virtual visits by acting as a telepresence platform.

Equally, it could offer protection. It could inform them the oven has been left on, for example—phones or tablets are less reliable for such tasks because they can be misplaced or not heard.

Similarly, the robot could raise the alarm if its user appears to be in difficulty.Of course, voice-assistant devices like Alexa or Google Home can offer some of the same services. But robots are far better at moving, sensing and interacting with their environment. They can also engage their users by pointing at objects or acting more naturally, using gestures or facial expressions. These “social abilities” create bonds which are crucially important for making users more accepting of the support and making it more effective.

To help incentivize the various EU test sites, our apartment also hosts the likes of the European Robotic League Service Robot Competition—a sort of Champions League for robots geared to special needs in the home. This brought academics from around Europe to our laboratory for the first time in January this year. Their robots were tested in tasks like welcoming visitors to the home, turning the oven off, and fetching objects for their users; and a German team from Koblenz University won with a robot called Lisa.

There are comparable opportunities in the business world. Oil and gas companies are looking at the Internet of Things, for example; experimenting with wireless sensors to collect information such as temperature, pressure, and corrosion levels to detect and possibly predict faults in their offshore equipment.

In the future, robots could be alerted to problem areas by sensors to go and check the integrity of pipes and wells, and to make sure they are operating as efficiently and safely as possible. Or they could place sensors in parts of offshore equipment that are hard to reach, or help to calibrate them or replace their batteries.

The likes of the ORCA Hub, a £36m project led by the Edinburgh Centre for Robotics, bringing together leading experts and over 30 industry partners, is developing such systems. The aim is to reduce the costs and the risks of humans working in remote hazardous locations.

Working underwater is particularly challenging, since radio waves don’t move well under the sea. Underwater autonomous vehicles and sensors usually communicate using acoustic waves, which are many times slower (1,500 meters a second vs. 300m meters a second for radio waves). Acoustic communication devices are also much more expensive than those used above the water.

This academic project is developing a new generation of low-cost acoustic communication devices, and trying to make underwater sensor networks more efficient. It should help sensors and underwater autonomous vehicles to do more together in future—repair and maintenance work similar to what is already possible above the water, plus other benefits such as helping vehicles to communicate with one another over longer distances and tracking their location.

Beyond oil and gas, there is similar potential in sector after sector. There are equivalents in nuclear power, for instance, and in cleaning and maintaining the likes of bridges and buildings. My colleagues and I are also looking at possibilities in areas such as farming, manufacturing, logistics, and waste.

First, however, the research sectors around the Internet of Things and robotics need to properly share their knowledge and expertise. They are often isolated from one another in different academic fields. There needs to be more effort to create a joint community, such as the dedicated workshops for such collaboration that we organized at the European Robotics Forum and the IoT Week in 2017.

To the same end, industry and universities need to look at setting up joint research projects. It is particularly important to address safety and security issues—hackers taking control of a robot and using it to spy or cause damage, for example. Such issues could make customers wary and ruin a market opportunity.

We also need systems that can work together, rather than in isolated applications. That way, new and more useful services can be quickly and effectively introduced with no disruption to existing ones. If we can solve such problems and unite robotics and the Internet of Things, it genuinely has the potential to change the world.