5 Major Drug Breakthroughs That Happened in 2018 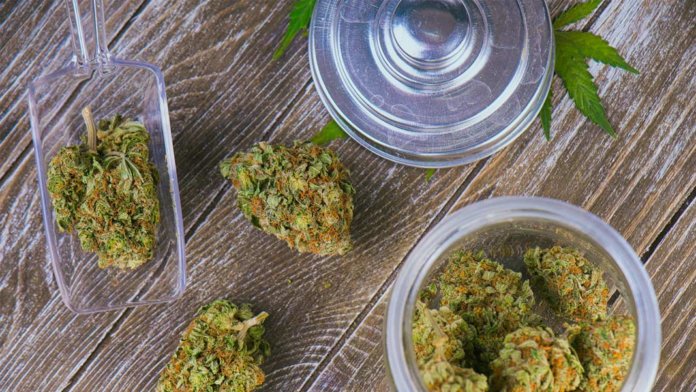 The pharmaceutical industry churns out dozens of new drugs and biological products every year. Most are small tweaks to something previously approved by the FDA—so called “me-too” alternatives, which are different formulations of a drug, or the exact same molecule used for another medical condition.

But 2018 saw the birth of a select few players that completely changed the game: first-of-their-kind treatments that have never before been used in clinics, or previously untameable disorders that finally met their chemical matches.

We’ve previously reported on the highlights: for example, patisiran, a drug for inherited nerve damage, is the first gene silencing therapy based on RNA interference.

But there are plenty more. Here are the top five novel treatments approved by the FDA this year—and what they herald for the road ahead.

Regardless of your opinion on cannabis legalization, there’s no doubt that the herb has finally proven its medical worth. This year, the FDA approved the first prescription cannabis-derived drug, Epidiolex, for the treatment of intractable childhood seizures from Lennox-Gastaut syndrome or Dravet syndrome, two inheritable disorders.

Manufactured by GW Pharmaceuticals, Epidiolex is a high-purity formulation of cannabidiol (CBD), a compound in cannabis lacking the psychological “high” usually associated with marijuana.

Back in 2013, the story of Charlotte Figi, an eight-year-old girl from Colorado with Dravet syndrome, captured the public’s imagination. Charlotte’s parents had tried almost every single treatment—from drugs to diets to surgery—to control her seizures, which began appearing at an alarming rate when she was just five months old.

Although Charlotte initially developed normally, the seizures eventually took their toll and she began regressing. At one point, her seizures were so frequent—300 a week—and terrible that her mother believed death may be a better alternative.

Without options, Charlotte’s mom turned to medical marijuana as a way to ease her daughter’s pain before she passed. But something miraculous happened: Charlotte’s seizures stopped almost completely upon using the drug.

In 2017, a rigorous study finally validated the use of CBD in treating drug-resistant childhood epilepsy. Published in the prestigious New England Journal of Medicine, the double-blind, placebo-controlled study with 120 children and teenagers with Dravet syndrome found that the drug slashed the number of seizures per month three-fold.

The approval of Epidiolex on June 25, 2018 marked the first green-lit medical use for marijuana. The drug, not only potentially life-changing for children suffering from seizures, also establishes cannabis as a bona fide medical plant. With over 168 clinical studies using CBD in progress, we’ll likely be seeing more CBD-type drugs on the market in the coming years.

Asking someone to treat their migraine with Advil is like telling root-canal victims to ice their cheek—it doesn’t work.

More than 10 percent of people worldwide—75 percent of whom are women—suffer from throbbing headaches to the point of debilitation. This year, the FDA finally approved Aimovig, a novel drug that prevents migraines by blocking the activity of a molecule known to be involved in its onset, dubbed calcitonin gene-related peptide (CGRP).

In three clinical trials, Aimovig’s manufacturer, Amgen Inc, proved the effectiveness of the treatment. The first study compared the drug to a placebo in 955 volunteers with a history of migraines—the drug decreased migraine days by one or two every month compared to controls over six months. Two more studies, each involving more than 550 people who suffer from migraines, found similar effects—between 1 and 2.5 fewer monthly migraine days than those receiving placebo.

It may sound like a tiny reduction, but monthly injections of the drug are projected to reduce migraine-ridden days by 50 percent with few side effects. As a first migraine-preventing drug, that’s not too shabby.

More importantly, now that scientists have a clearly effective target, similar (and perhaps more effective) drugs are likely in the future.

The US is in an opioid crisis. In 2016, roughly 115 people died per day from opioid overdoses.

Part of the reason opioid addiction—oxycodone, fentanyl, codeine or heroin—is so hard to kick is the withdrawal symptoms. Detoxing from opioids comes with a terrible gamut of discomfort, including anxiety, nausea, and sleeping problems that can last for days.

Traditionally, opioid dependence is treated with another opioid medication with less addictive potential. The drug dosage is then gradually reduced or transitioned to maintenance therapy. In these cases, the patient will still be using opioid drugs, but less dangerous ones. This treatment regime, though successful, has been controversial in that it essentially replaces addiction to one drug with a safer alternative.

Lucemyra, marketed by US WorldMeds, is the first non-opioid drug that dampens withdrawal effects. Swallowed as a pill, the drug reduces the release of a neurochemical that is related to opioid withdrawal. In two trials involving almost 900 opioid-addicted patients, Lucemyra reduced a myriad of withdrawal symptoms, though it did not prevent them altogether.

Although the clinical effectiveness of Lucemyra, compared to gradual withdrawal, remains to be seen, it represents a novel way to help those addicted to opioids sever their dependency on the drugs.

Biktarvy, the Most Potent HIV Medication to Date

An AIDS diagnosis today is no longer the death sentence it was in the 1980s. Although treatment options are readily available, patients need to strictly adhere to a regime of antivirals to avoid having the virus kick into full gear.

This year, the FDA approved Biktarvy by Gilead Sciences, a three-in-one pill to be taken once a day to keep AIDS in check. The combo drug contains the molecule bictegravir, which is a new way to block HIV from inserting itself into the DNA of the host—the first step towards the virus spreading across the body. In four separate clinical trials, Bikarby proved its worth: over the course of 48 weeks, thousands of drug-treated patients had nearly-undetectable AIDS levels.

Additional trials with Biktarvy are ongoing, including one dedicated to women and others targeting adolescents and children living with HIV. Similar to other HIV drugs on the market, Bikarby only reduces viral load—it doesn’t cure AIDS.

A “Big Brother” Digital Pill that Tracks Your Poop

In November, the FDA approved the first-ever “digital” high-tech pill that contains an ingestible sensor to record when the medication was taken. The pill, called Abilify MyCite, is approved for use in schizophrenia and bipolar disorder.

Drug adherence for people suffering from neuropsychiatric disorders is extremely difficult. As a result, doctors often don’t know if patients aren’t getting better because the pills don’t work, or if they’re just not being taken.

Abilify MyCite sends a signal from its sensor to a wearable patch on the abdomen, which then transmits the information to a mobile app to help patients track their pill-taking history on their phones. The app records data about how patients feel, whether they’re sitting or standing, and their activity and self-reported stress levels. Patients can also choose to share that encrypted data with their health providers using a secure portal.

Although celebrated as the FDA’s first approved digital pill, so far there’s no evidence that Abilify MyCite actually improves adherence, meaning that further tests need to determine whether the gadget can really help patients take their medicine as directed. Nevertheless, the pill gives doctors insight into patients’ pill-taking behavior outside the clinic—whether it promotes trust or rather fosters mistrust remains to be seen.