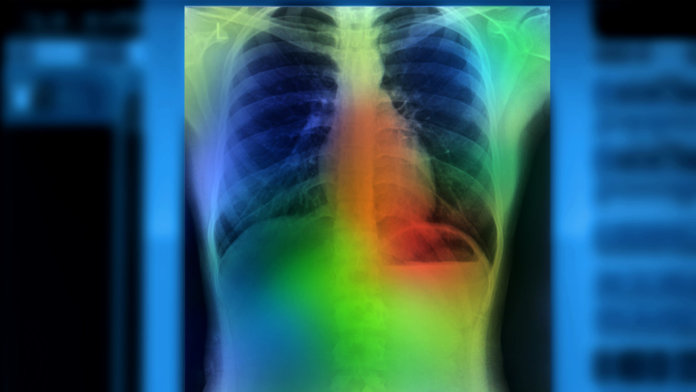 When it comes to the future of healthcare, perhaps the only technology more powerful than CRISPR is artificial intelligence.

Over the past five years, healthcare AI startups around the globe raised over $4.3 billion across 576 deals, topping all other industries in AI deal activity.

During this same period, the FDA has given 70 AI healthcare tools and devices ‘fast-tracked approval’ because of their ability to save both lives and money.

The pace of AI-augmented healthcare innovation is only accelerating.

In Part 3 of this blog series on longevity and vitality, I cover the different ways in which AI is augmenting our healthcare system, enabling us to live longer and healthier lives.

In this blog, I’ll expand on:

What if AI systems, specifically neural networks, could predict the design of novel molecules (i.e. medicines) capable of targeting and curing any disease?

Imagine leveraging cutting-edge artificial intelligence to accomplish with 50 people what the pharmaceutical industry can barely do with an army of 5,000.

And what if these molecules, accurately engineered by AIs, always worked? Such a feat would revolutionize our $1.3 trillion global pharmaceutical industry, which currently holds a dismal record of 1 in 10 target drugs ever reaching human trials.

It’s no wonder that drug development is massively expensive and slow. It takes over 10 years to bring a new drug to market, with costs ranging from $2.5 billion to $12 billion.

This inefficient, slow-to-innovate, and risk-averse industry is a sitting duck for disruption in the years ahead.

Their comprehensive drug discovery engine uses millions of samples and multiple data types to discover signatures of disease, identify the most promising protein targets, and generate perfect molecules for these targets. These molecules either already exist or can be generated de novo with the desired set of parameters.

In late 2018, Insilico’s CEO Dr. Alex Zhavoronkov announced the groundbreaking result of generating novel molecules for a challenging protein target with an unprecedented hit rate in under 46 days. This included both synthesis of the molecules and experimental validation in a biological test system—an impressive feat made possible by converging exponential technologies.

Generating novel molecular structures for diseases both with and without known targets, Insilico is now pursuing drug discovery in aging, cancer, fibrosis, Parkinson’s disease, Alzheimer’s disease, ALS, diabetes, and many others. Once rolled out, the implications will be profound.

Once plugged into the services of companies from Alibaba to Alphabet, such an engine would enable personalized solutions for online users, helping them prevent diseases and maintain optimal health.

Insilico, alongside other companies tackling AI-powered drug discovery, truly represents the application of the 6 D’s. What was once a prohibitively expensive and human-intensive process is now rapidly becoming digitized, dematerialized, demonetized and, perhaps most importantly, democratized.

Companies like Insilico can now do with a fraction of the cost and personnel what the pharmaceutical industry can barely accomplish with thousands of employees and a hefty bill to foot.

As I discussed in my blog on ‘The Next Hundred-Billion-Dollar Opportunity,’ Google’s DeepMind has now turned its neural networks to healthcare, entering the digitized drug discovery arena.

In 2017, DeepMind achieved a phenomenal feat by matching the fidelity of medical experts in correctly diagnosing over 50 eye disorders.

And just a year later, DeepMind announced a new deep learning tool called AlphaFold. By predicting the elusive ways in which various proteins fold on the basis of their amino acid sequences, AlphaFold may soon have a tremendous impact in aiding drug discovery and fighting some of today’s most intractable diseases.

AI is especially powerful in analyzing massive quantities of data to uncover patterns and insights that can save lives. Take WAVE, for instance. Every year, over 400,000 patients die prematurely in US hospitals as a result of heart attack or respiratory failure.

Yet these patients don’t die without leaving plenty of clues. Given information overload, however, human physicians and nurses alone have no way of processing and analyzing all necessary data in time to save these patients’ lives.

Enter WAVE, an algorithm that can process enough data to offer a six-hour early warning of patient deterioration.

For some time, it has become physically impossible for a human physician to read—let alone remember—all of the relevant published data.

One such Watson system contains 40 million documents, ingesting an average of 27,000 new documents per day, and providing insights for thousands of users.

After only one year, Watson’s successful diagnosis rate of lung cancer has reached 90 percent, compared to the 50 percent success rate of human doctors.

But what about the vast amount of unstructured medical patient data that populates today’s ancient medical system? This includes medical notes, prescriptions, audio interview transcripts, and pathology and radiology reports.

Taha Kass-Hout, Amazon’s senior leader in health care and artificial intelligence, told the Wall Street Journal that internal tests demonstrated that the software even performs as well as or better than other published efforts.

On the heels of this announcement, Amazon confirmed it was teaming up with the Fred Hutchinson Cancer Research Center to evaluate “millions of clinical notes to extract and index medical conditions.”

Having already driven extraordinary algorithmic success rates in other fields, data is the healthcare industry’s goldmine for future innovation.

In 2017, the Chinese government published its ambitious national plan to become a global leader in AI research by 2030, with healthcare listed as one of four core research areas during the first wave of the plan.

Hoping to develop a complete digital representation of your biological self, iCarbonX has acquired numerous US personalized medicine startups.

Similarly, Alibaba’s healthtech focus started in 2016 when it released its cloud-based AI medical platform, ET Medical Brain, to augment healthcare processes through everything from diagnostics to intelligent scheduling.

As Nvidia CEO Jensen Huang has stated, “Software ate the world, but AI is going to eat software.” Extrapolating this statement to a more immediate implication, AI will first eat healthcare, resulting in dramatic acceleration of longevity research and an amplification of the human healthspan.

Next week, I’ll continue to explore this concept of AI systems in healthcare.

Particularly, I’ll expand on how we’re acquiring and using the data for these doctor-augmenting AI systems: from ubiquitous biosensors, to the mobile healthcare revolution, and finally, to the transformative power of the health nucleus.