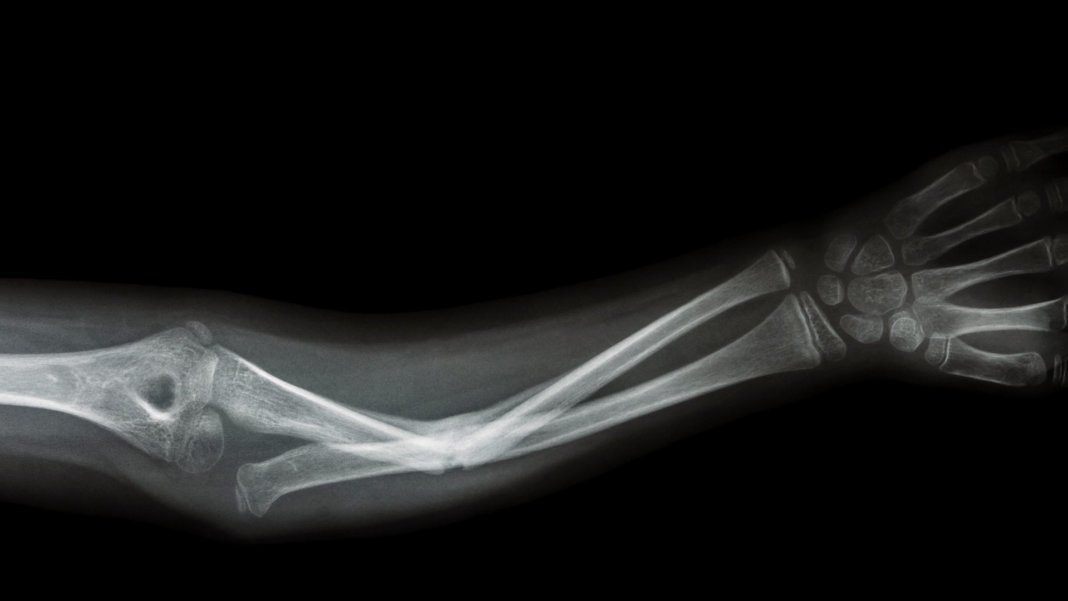 When you were a kid, did you ever sign a classmate’s cast after they broke an arm or a leg? Your name would be on display there for the rest of the semester. Broken bones are one of the worst trade-offs in childhood—a few seconds of calamity followed by months of boring rest and recovery. But children in the future may have a different story to tell as emerging tech overhauls how we fix broken bones.

Carbon nanomaterials may have the power to heal bones faster than a Harry Potter fan can say ‘Brackium Emendo!’ Researchers from Stefanie A. Sydlik’s team at Carnegie Mellon University have tested a new formulation of graphene that is biodegradable, mimics bone, attracts stem cells, and ultimately improves how animals can repair damage to their skeletons.

As reported in PNAS, this phosphate graphene serves as a scaffold, allowing the body’s own cells to more rapidly reform the missing or damaged bone. The technique has already shown success in mice. As this technology matures it could become a vital part of orthopedic medicine, helping us recover faster with stronger, healthier bones.

Cast on the Outside, Scaffold on the Inside

The cornerstone of traditional orthopedic medicine has always been to immobilize bone breaks and allow the body to repair itself. Thankfully, our bodies do a great job repairing bones; with proper setting and enough time, bones can mend even very serious damage, turning out almost as good as new.

Modern physical therapy and recovery techniques have enhanced this “set it and forget it” approach by exploring how activity, diet, and rest can be balanced to get the best results with a broken bone. Truly traumatic injuries can require surgeries to install pins, plates, and other structures which mandate longer recovery times, more physical therapy, and quite frankly, way too much pain. There’s room for improvement overall, but especially in these most dramatic cases.

Sydlik’s research into graphene scaffolds represents the modern approach to orthopedics: going inside the body to maximize recovery from within. When the graphene is placed on and around the broken bone tissue, it serves as a structure for bone cells to bond and grow. Think of it like the wooden lattice you put up in a garden to encourage vines to climb and flourish. Unlike the garden lattice, the graphene scaffold is broken down as the bone cells grow in its place, effectively disappearing as the body repairs the injury. It’s the perfect patch, performing its job and leaving little behind.

A New Idea Made Even Better

The scaffolding approach isn’t new, but this study shows improvements in the design, formulation, and production of the phosphate graphene. Better nanotech methodology may not be very exciting, but it’s a big deal when your end goal is a practical health product that should be easy to make and use.

The scaffold is also highly customizable—attracting the right calcium ions, having a specific tensile strength, and other physical properties can be ‘programmed’ into the material as it is made, yielding a material that mimics real bone as closely as possible.

Perhaps most importantly, the study showed that the scaffold can work with or without the assistance of stem cells (in this case, bone marrow stromal cells, BMSCs). Most other forms of regenerative scaffold technology have relied on BMSCs to accelerate repair.

The phosphate graphene, however, provides a structure for normal bone cells to grow on and encourages them to do so. Being able to work without BMSCs means this technology would require less complex treatment plans when used in the real world.

Sooner Is Better Than Best

There are other technologies out there that could cure broken bones better than a scaffold, like printable cells, nanites, or cybernetics. But all of these technologies are much further from reaching the public. Phosphate graphene scaffolds would also integrate well with current medical procedures and care programs.

Once graphene scaffolding becomes an accessible part of healthcare, its real potential will arrive. Graphene is just carbon atoms arranged in a neat pattern, but the potential to vary the molecular composition is nearly infinite.

As researchers continue to develop it, phosphate graphenes (or similar graphene derivatives) could be further customized and optimized with a wide range of physical and chemical properties.  Scaffolds that attract more stem cells, produce stronger bones, or pre-emptively deal with future breaks are all possible—that is to say, we haven’t even scratched the surface.