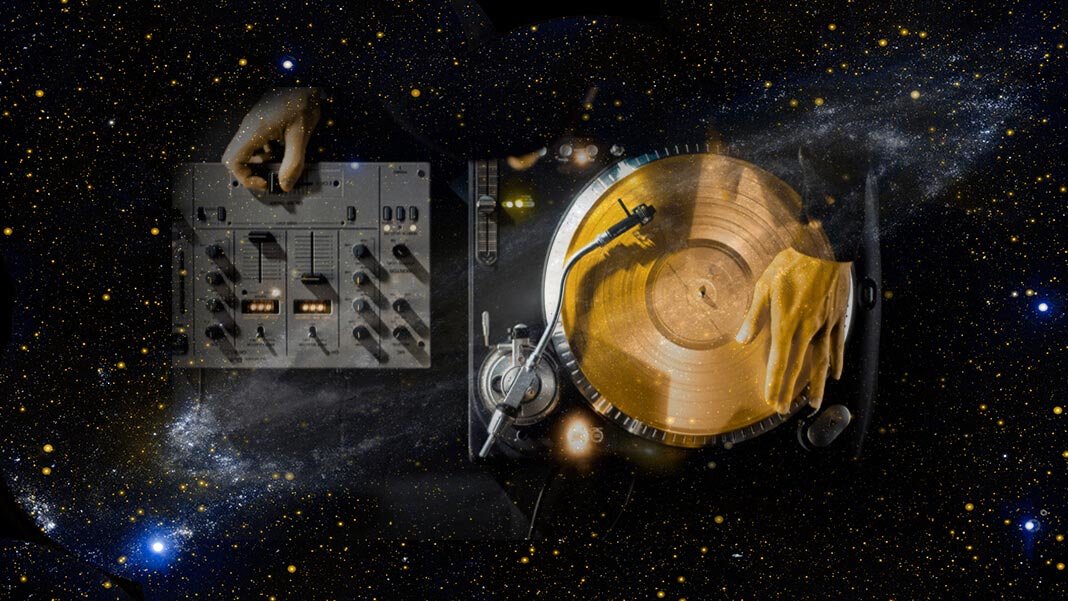 For centuries, people have looked up at the sky and wondered whether we’re alone in the universe. Science fiction and popular media have imagined various ways humans might encounter and communicate with life from other parts of the galaxy. When the Voyager spacecrafts were launched in 1977, they carried copies of the Golden Record, a compilation of sounds and images intended to represent humanity to extraterrestrial life.

Over 40 years later, as the Voyagers continue to drift through space, the SETI Institute’s artist-in-residence program is kicking off a brand-new, 21st-century version of the Golden Record. Unveiled at the South By Southwest conference last week, the EARTHLING Project aims to create a global musical composition that represents the human species—and launch it into the great beyond.

In a panel titled “SETI, EARTHLING, and the Collective Musical Voice,” composer and SETI artist-in-residence Felipe Perez Santiago, entrepreneur and Singularity University faculty fellow Ola Kowalewski, and musician and software architect Rob Baker shared details of the project, as well as their thoughts on space art, the search for life off Earth, and music as a tool for uniting humanity.

First, the team will launch a web-based platform, the EARTHLING Audio Database, to gather samples of human voices from all over the world. “Voice is the first way humans started making music,” Perez Santiago said.

They’ll focus on sounds that convey a sense of peoples’ cultures, homelands, and ancestors. “People should contribute in a way that’s culturally representative of who they are,” Perez Santiago said. The platform will be geo-located, showing where on the globe each sound came from.

The second phase is the creation of the EARTHLING Symphony, a seven-part series collage merging voice samples from the database, sounds from outer-space, the electronic synth, and a live ensemble. The composition intends to premiere at the Allen Telescope Array, the SETI Institute’s radio observatory.

Perez Santiago will then invite musicians, both professional and non-professional, to use samples from the open platform to create their own compositions. The hope is that artists will create collaborative compositions that shed genre labels and enable greater collaboration across cultures and geography.

“Genres gave people direction to create what they believed in, but in the end genres are just divisions, borders,” he said. “With access to technological tools, we’re breaking down those borders. Someone in Asia can easily collaborate with someone in America—they just sit down and make music, without boundaries.”

The last phase of the project will be the development of a music-making app. “The app will be very intuitive and simple,” Perez Santiago said. “People with no knowledge of music or tech can grab sounds, bring them into a virtual mixer, and create pieces.”

The final musical works will be sent into space, Golden-Record style, as an updated representation of humanity. The way we make music has changed since 1977, after all—and it will continue to change with the technological tools being developed right now.

“We’re living through a period of technological shift,” Baker said. “I started making music in a time when there was almost perfect isolation. Now there’s universal connectivity; the tools we have at our fingertips allow us to communicate and collaborate with anyone around the world.”

Those tools, Kowalewski pointed out, have thus far been used to create music for human audiences. In fact, when creating any form of art, artists typically have a certain audience in mind. “A distinctive aspect of the EARTHLING platform is that it’s about composing for outer space,” Kowalewski said. How might composing for a (very) unknown audience impact the process?

Sending the final composition into space is highly symbolic, Baker said. “Humans have created art for each other, and for deities, but there’s something really unique about identifying an unknown other. It allows humanity to become a unified body speaking to something else. Hopefully it makes us want to show our best selves as a species.”