5G Is Here. What Does That Mean for Exponential Tech? 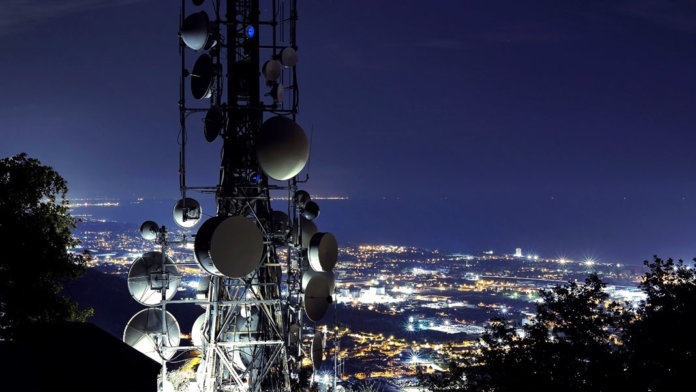 5G, hailed as the future of connectivity, is now a reality. Over the last months, the first 5G networks have been rolled out in South Korea and the US. While initial impressions are mixed, the new networks hold the key to advancing the spread of a slew of exponential technologies and catalyzing fundamental changes to a long list of industries and services.

In early April, Verizon and three South Korean carriers traded the marketing equivalent of barbs over who had switched on their 5G service first and launched the “world’s first commercial 5G mobile service.” Residents in Chicago, Minneapolis, and Seoul, home to the new networks, can now use the first commercially-produced 5G smartphones—the Motorola Z3 with 5G Moto Mod and the Galaxy S10 5G—to enjoy the advantages of 5G.

They won’t be alone for long. Verizon has plans to launch 5G mobile services in more than 30 American cities before the end of 2019, and many other countries are likely to begin rolling out 5G networks in 2019 and 2020. In Japan the government recently approved plans by four mobile network operators to invest $14.4 billion in rolling out 5G networks over the next five years. China is also close to launching 5G networks. The country has, by some, been identified as most likely to establish a leading position for 5G technology.

Phone makers are also busy lining up products that can take advantage of 5G. LG, OnePlus, Huawei, ZTE, and Xiaomi, to mention but a few, will offer 5G smartphones in 2019 or 2020.

While smartphones might be one of the initial drivers of 5G adoption, they are far from the only technology that will benefit.

One of 5G’s main advantages is speed. Comparing it to 4G is a bit like comparing Usain Bolt to, well, someone like me. Data transfer speeds up to 100 times faster than 4G (up to 20 gigabits per second) along with latency of under a millisecond, at least in ideal conditions, are among the unique selling points.

5G can also handle more users, estimated at up to a million devices in a single square kilometer. While you could, theoretically, fit more than a million people into an area of that size, they’d be standing so close they wouldn’t be able to use their phones. However, the ability to handle many devices in restricted areas is central to the spread of the Internet of Things (IoT).

The new capabilities are to a large extent tied to 5G using ultra-high frequencies, mmWave technology, and spatial beamforming. Lower frequency bands cover much greater distances but have limited data speeds. High-frequency bands can only cover smaller areas but can send and receive much more data in said areas. A consequence is that 5G networks will rely on many more broadcast devices than 4G.

Exponential Tech Will Feel the Benefits

Try getting through saying the following aloud in one breath:

While it may seem a test of your lung capacity, it is, in fact, a list of some of the areas that will be impacted by the spread of 5G, courtesy of the fine folks at CB Insights.

The cornerstone of most of the changes 5G will enable is quick transfer of data between sensors and systems—a quality that can advance the implementation of many exponential technologies. To mention all the benefits would require a separate article, but in bullet points, here are a few areas where 5G opens new possibilities.

Perhaps the biggest change is, as is often the case with exponential technologies, a result of synergies. 5G’s potential benefits for areas like IoT, AR/VR, and smart cities could lead to the tactile internet, which would be a revolution of human-technology interactions. In ultra-short form, the tactile internet will allow us to have real-time physical interaction with both real and virtual objects and entities. The possible applications are close to endless.

Some Time for Benefits to Arrive

The many upsides to 5G technology raise a question that will likely give most parents ticks: ‘are we there yet?’. The short answer is no—not yet.

The initial launches are still confined to neighborhoods, making them tests more than full installations. Transfer speeds and connectivity have also reportedly been somewhat lower than they will be once full rollouts happen. The need for many new broadcast units means that 5G rollout, as the billions of dollars Japan has set aside for it exemplifies, is very cost-intensive, so it could be a while yet before particularly non-urban areas get to join the 5G revolution. In turn, some technologies will be limited in how they can take advantage of it.

However, there is plenty of incentive for companies to invest in both 5G infrastructure and solutions. An analysis from MIT showed that 5G could lead to $12.3 trillion in new revenue across industries. And this figure doesn’t include some of the future opportunities 5G will open up for exponential technologies.