The Smart Cities of the Future Are Already Taking Off 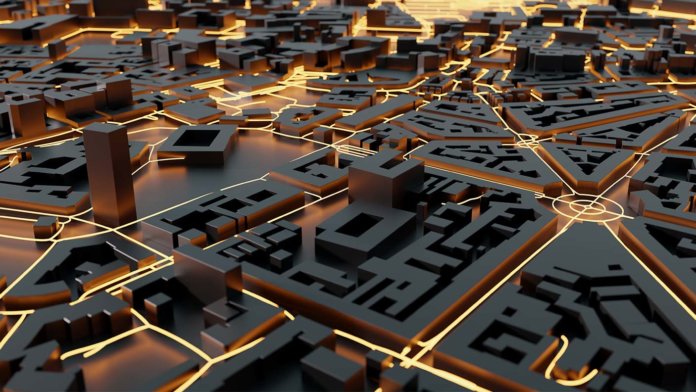 By 2040, about two-thirds of the world’s population will be concentrated in urban centers. Over the decades ahead, 90 percent of this urban population growth is predicted to flourish across Asia and Africa.

Already, 1,000 smart city pilots are under construction or in their final urban planning stages across the globe, driving forward countless visions of the future.

As data becomes the gold of the 21st century, centralized databases and hyper-connected infrastructures will enable everything from sentient cities that respond to data inputs in real time to smart public services that revolutionize modern governance.

In this blog, we’ll be taking a high-level tour of today’s cutting-edge urban enterprises involved in these three areas:

Smart Cities That Interact With Your Data

Any discussion of smart cities must also involve today’s most indispensable asset: data.

As 5G connection speeds, IoT-linked devices, and sophisticated city AIs give birth to trillion-sensor economies, low latencies will soon allow vehicles to talk to each other and infrastructure systems to self-correct.

Even public transit may soon validate your identity with a mere glance in any direction, using facial recognition to charge you for individualized travel packages and distances.

In most cities today, data is fragmented across corporations, SMEs, public institutions, nonprofits, and personal databases, with little standardization.

Yet to identify and respond to urban trends, we need a way of aggregating multiple layers of data, spanning traffic flows, human movement, individual transactions, shifts in energy usage, security activity, and almost any major component of contemporary economies.

And already, cutting-edge cities across the globe are building centralized data platforms to combine different standards and extract actionable insights, from smart parking to waste management.

Take China’s Nanjing, for instance. With sensors installed in 10,000 taxis, 7,000 buses, and over 1 million private vehicles, the city aggregates daily data across both physical and virtual networks. After transmitting it to the Nanjing Information Center, experts can then analyze traffic data, send smartphone updates to commuters, and ultimately create new traffic routes.

But beyond traffic routing, proliferating sensors and urban IoT are giving rise to real-time monitoring of any infrastructural system.

Italy’s major rail operator, Trenitalia, has installed sensors on all its trains, deriving real-time status updates on each train’s mechanical condition. Now capable of calculating maintenance predictions in advance of system failure, transit disruptions are becoming a thing of the past.

Los Angeles has embedded sensors in 4,500 miles worth of new LEDs (replacing previous streetlights). The minute one street bulb malfunctions or runs low, it can be fixed near-immediately, forming part of a proactive city model that detects glitches before they occur.

And Hangzhou, home to e-commerce giant Alibaba, has now launched a “City Brain” project, aiming to build out one of the most data-responsive cities on the planet.

With cameras and other sensors installed across the entire city, a centralized AI hub processes data on everything from road conditions to weather data to vehicular collisions and citizen health emergencies.

Overseeing a population of nearly 8 million residents, Hangzhou’s City Brain then manages traffic signals at 128 intersections (coordinating over 1,000 road signals simultaneously), tracks ambulances en-route and clears their paths to hospitals without risk of collision, directs traffic police to accidents at record rates, and even assists city officials in expedited decision-making. No more wasting time at a red light when there is obviously no cross traffic or pedestrians.

Already, the City Brain has cut ambulance and commuter traveling times by half. And as reported by China’s first AI-partnered traffic policeman, Zheng Yijiong, “The City Brain can detect accidents within a second,” allowing police to “arrive at [any] site [within] 5 minutes” across an urban area of over 3,000 square miles.

But beyond oversight of roads, traffic flows, collisions, and the like, converging sensors and AI are being used to monitor crowds and analyze human movement.

Companies like SenseTime now offer software to police bureaus that can not only identify live faces, individual gaits, and car license plates, but even monitor crowd movement and detect unsafe pedestrian concentrations.

Some researchers have even posited the use of machine learning to predict population-level disease spread through crowd surveillance data, building actionable analyses from social media data, mass geolocation, and urban sensors.

Yet aside from self-monitoring cities and urban AI ‘brains,’ what if infrastructure could heal itself on demand? Forget sensors, connectivity and AI—enter materials science.

The US Department of Transportation estimates a $542.6 billion backlog needed for US infrastructure repairs alone. And as I’ve often said, the world’s most expensive problems are the world’s most profitable opportunities.

In an effort to multiply the longevity of bridges, roads, and any number of infrastructural fortifications, engineers at Delft University have developed a prototype of bio-concrete that can repair its own cracks.

Mixed in with calcium lactate, the key ingredients of this novel ‘bio-concrete’ are minute capsules of limestone-producing bacteria distributed throughout any concrete structure. Only when the concrete cracks, letting in air and moisture, does the bacteria awaken.

Like clockwork, the bacteria begins feeding on surrounding calcium lactate as it produces a natural limestone sealant that can fill cracks in a mere three weeks—long before small crevices can even threaten structural integrity.

As head researcher Henk Jonkers explains, “What makes this limestone-producing bacteria so special is that they are able to survive in concrete for more than 200 years and come into play when the concrete is damaged. […] If cracks appear as a result of pressure on the concrete, the concrete will heal these cracks itself.”

Yet other researchers have sought to crack the code (no pun intended) of living concrete, testing everything from hydrogels that expand 10X or even 100X their original size when in contact with moisture, to fungal spores that grow and precipitate calcium carbonate the minute micro-cracks appear.

But bio-concrete is only the beginning of self-healing technologies. As futurist architecture firms start printing plastic and carbon-fiber houses, engineers are tackling self-healing plastic that could change the game with economies of scale.

Plastic not only holds promise in real estate on Earth; it will also serve as a handy material in space. NASA engineers have pioneered a self-healing plastic that may prove vital in space missions, preventing habitat and ship ruptures in record speed.

The implications of self-healing materials are staggering, offering us resilient structures both on Earth and in space.

One additional breakthrough worth noting involves the magic of graphene. Perhaps among the greatest physics discoveries of the century, graphene is composed of a 2D honeycomb lattice over 200X stronger than steel, yet remains an ultra-thin one atom thick.

While yet to come down in cost, graphene unlocks an unprecedented host of possibilities, from weather-resistant and ultra-strong coatings for existing infrastructure, to multiplied infrastructural lifespans. Some have even posited graphene’s use in the construction of 30-kilometer-tall buildings.

And it doesn’t end there.

As biomaterials and novel polymers will soon allow future infrastructure to heal on its own, nano- and micro-materials are ushering in a new era of smart, super-strong, and self-charging buildings. Revolutionizing structural flexibility, carbon nanotubes are already dramatically increasing the strength-to-weight ratio of skyscrapers.

But imagine if we could engineer buildings that could charge themselves… or better yet, produce energy for entire cities, seamlessly feeding energy to the grid.

As exponential technologies across energy and water burst onto the scene, self-charging cities are becoming today’s testing ground for a slew of green infrastructure pilots, promising a future of self-sufficient societies.

In line with new materials, one hot pursuit surrounds the creation of commercializable solar power-generating windows.

In the past several years, several research teams have pioneered silicon nanoparticles to capture everyday light flowing through our windows. Little solar cells at the edges of windows then harvest this energy for ready use.

Scientists at Michigan State, for instance, have developed novel “solar concentrators.” Capable of being layered over any window, these solar concentrators leverage non-visible wavelengths of light—near infrared and ultraviolet—pushing them to those solar cells embedded at the edge of each window panel.

With plans to launch the largest single-site solar project on the planet by 2030, boasting a projected capacity of 5,000 megawatts, Dubai further aims to derive 25 percent of its energy needs from solar power in the next decade.

A global leader in green technologies and renewable energy, Dubai stands as a gleaming example that any environmental context can give rise to thriving and self-sufficient eco-powerhouses.

This is one of the reasons on March 26 and 27th, I’m holding a 2-day Abundance360 program with the leadership and CEOs of Dubai and the region. Find info here if you’re interested.

But Dubai is not alone, and others are quickly following suit.

And just as of this December, 100 US cities are committed and on their way to the same goal.

As new materials forge ahead to create pliable and self-healing structures, green infrastructure technologies are exploding into a competitive marketplace.

Aided by plummeting costs, future cities will soon surround us with self-charging buildings, green city ecosystems, and urban residences that generate far more than they consume.

And as 5G communication networks, proliferating sensors, and centralized AI hubs monitor and analyze every aspect of our urban environments, cities are fast becoming intelligent organisms capable of seeing and responding to our data in real time.

In our next installation on the future of cities, I’ll be exploring smart services and responsive urban governance, a new digital layer enabled by the Spatial Web, and the rise of mega- and micro-cities alike.