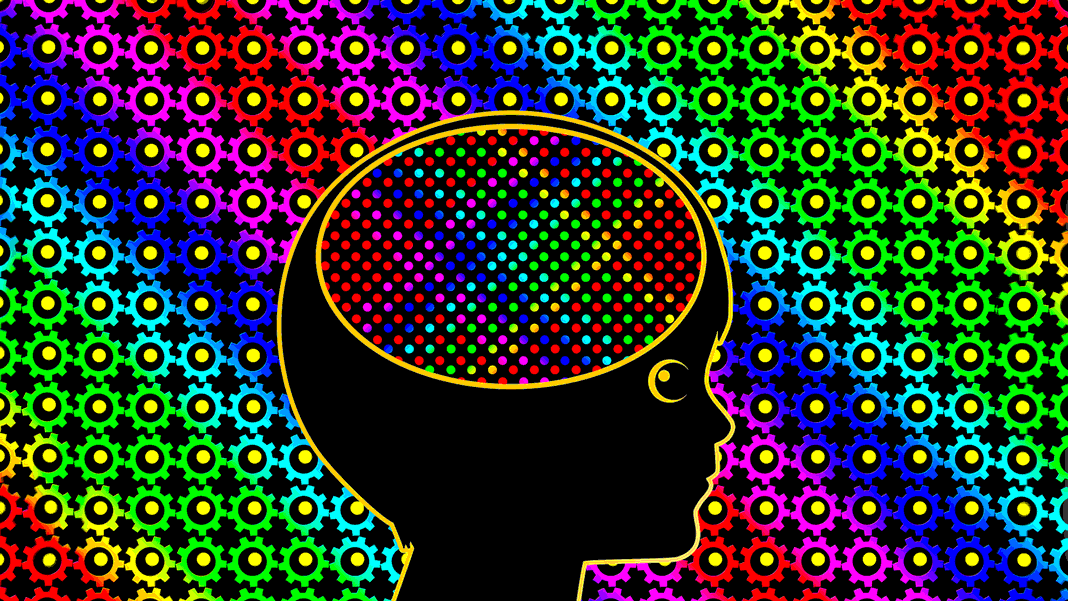 A few years back, DeepMind’s Demis Hassabis famously prophesized that AI and neuroscience will positively feed into each other in a “virtuous circle.” If realized, this would fundamentally expand our insight into intelligence, both machine and human.

We’ve already seen some proofs of concept, at least in the brain-to-AI direction. For example, memory replay, a biological mechanism that fortifies our memories during sleep, also boosted AI learning when abstractly appropriated into deep learning models. Reinforcement learning, loosely based on our motivation circuits, is now behind some of AI’s most powerful tools.

Hassabis is about to be proven right again.

Last week, two studies independently tapped into the power of ANNs to solve a 70-year-old neuroscience mystery: how does our visual system perceive reality?

The first, published in Cell, used generative networks to evolve DeepDream-like images that hyper-activate complex visual neurons in monkeys. These machine artworks are pure nightmare fuel to the human eye; but together, they revealed a fundamental “visual hieroglyph” that may form a basic rule for how we piece together visual stimuli to process sight into perception.

In the second study, a team used a deep ANN model—one thought to mimic biological vision—to synthesize new patterns tailored to control certain networks of visual neurons in the monkey brain. When directly shown to monkeys, the team found that the machine-generated artworks could reliably activate predicted populations of neurons. Future improved ANN models could allow even better control, giving neuroscientists a powerful noninvasive tool to study the brain. The work was published in Science.

The individual results, though fascinating, aren’t necessarily the point. Rather, they illustrate how scientists are now striving to complete the virtuous circle: tapping AI to probe natural intelligence. Vision is only the beginning—the tools can potentially be expanded into other sensory domains. And the more we understand about natural brains, the better we can engineer artificial ones.

ANNs and biological vision have quite the history.

In the late 1950s, the legendary neuroscientist duo David Hubel and Torsten Wiesel became some of the first to use mathematical equations to understand how neurons in the brain work together.

In a series of experiments—many using cats—the team carefully dissected the structure and function of the visual cortex. Using myriads of images, they revealed that vision is processed in a hierarchy: neurons in “earlier” brain regions, those closer to the eyes, tend to activate when they “see” simple patterns such as lines. As we move deeper into the brain, from the early V1 to a nub located slightly behind our ears, the IT cortex, neurons increasingly respond to more complex or abstract patterns, including faces, animals, and objects. The discovery led some scientists to call certain IT neurons “Jennifer Aniston cells,” which fire in response to pictures of the actress regardless of lighting, angle, or haircut. That is, IT neurons somehow extract visual information into the “gist” of things.

That’s not trivial. The complex neural connections that lead to increasing abstraction of what we see into what we think we see—what we perceive—is a central question in machine vision: how can we teach machines to transform numbers encoding stimuli into dots, lines, and angles that eventually form “perceptions” and “gists”? The answer could transform self-driving cars, facial recognition, and other computer vision applications as they learn to better generalize.

Hubel and Wiesel’s Nobel-prize-winning studies heavily influenced the birth of ANNs and deep learning. Much of earlier ANN “feed-forward” model structures are based on our visual system; even today, the idea of increasing layers of abstraction—for perception or reasoning—guide computer scientists to build AI that can better generalize. The early romance between vision and deep learning is perhaps the bond that kicked off our current AI revolution.

It only seems fair that AI would feed back into vision neuroscience.

In the Cell study, a team led by Dr. Margaret Livingstone at Harvard Medical School tapped into generative networks to unravel IT neurons’ complex visual alphabet.

Scientists have long known that neurons in earlier visual regions (V1) tend to fire in response to “grating patches” oriented in certain ways. Using a limited set of these patches like letters, V1 neurons can “express a visual sentence” and represent any image, said Dr. Arash Afraz at the National Institute of Health, who was not involved in the study.

But how IT neurons operate remained a mystery. Here, the team used a combination of genetic algorithms and deep generative networks to “evolve” computer art for every studied neuron. In seven monkeys, the team implanted electrodes into various parts of the visual IT region so that they could monitor the activity of a single neuron.

The team showed each monkey an initial set of 40 images. They then picked the top 10 images that stimulated the highest neural activity, and married them to 30 new images to “evolve” the next generation of images. After 250 generations, the technique, XDREAM, generated a slew of images that mashed up contorted face-like shapes with lines, gratings, and abstract shapes.

“The evolved images look quite counter-intuitive,” explained Afraz. Some clearly show detailed structures that resemble natural images, while others show complex structures that can’t be characterized by our puny human brains.

“What started to emerge during each experiment were pictures that were reminiscent of shapes in the world but were not actual objects in the world,” said study author Carlos Ponce. “We were seeing something that was more like the language cells use with each other.”

Although IT neurons don’t seem to use a simple letter alphabet, it does rely on a vast array of characters like hieroglyphs or Chinese characters, “each loaded with more information,” said Afraz.

The adaptive nature of XDREAM turns it into a powerful tool to probe the inner workings of our brains—particularly for revealing discrepancies between biology and models.

“So far, what has been done with these models is predicting what the neural responses would be to other stimuli that they have not seen before,” said study author Dr. Pouya Bashivan. “The main difference here is that we are going one step further and using the models to drive the neurons into desired states.”

It suggests that our current ANN models for visual computation “implicitly capture a great deal of visual knowledge” which we can’t really describe, but which the brain uses to turn vision information into perception, the authors said. By testing AI-generated images on biological vision, however, the team concluded that today’s ANNs have a degree of understanding and generalization. The results could potentially help engineer even more accurate ANN models of biological vision, which in turn could feed back into machine vision.

“One thing is clear already: Improved ANN models … have led to control of a high-level neural population that was previously out of reach,” the authors said. “The results presented here have likely only scratched the surface of what is possible with such implemented characterizations of the brain’s neural networks.”

To Afraz, the power of AI here is to find cracks in human perception—both our computational models of sensory processes, as well as our evolved biological software itself. AI can be used “as a perfect adversarial tool to discover design cracks” of IT, said Afraz, such as finding computer art that “fools” a neuron into thinking the object is something else.

“As artificial intelligence researchers develop models that work as well as the brain does—or even better—we will still need to understand which networks are more likely to behave safely and further human goals,” said Ponce. “More efficient AI can be grounded by knowledge of how the brain works.”