The Biggest Offshore Wind Project in the US Is Underway 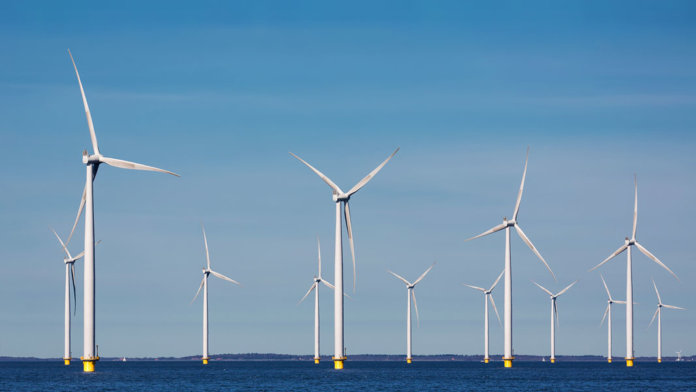 From the steady growth in market share of electric cars to continuous improvement and expansion of solar energy technology, it appears the world is going renewable—the age of fossil fuels is slowly but surely being left behind. For whatever reason, wind power doesn’t get as much love as solar, but it’s growing quickly, with massive new projects underway in the US, UK, and other parts of the world.

Two recent developments are particularly significant. First, at the beginning of this month, the world’s biggest offshore wind farm came online. Hornsea One, located in the North Sea off the coast of Grimsby, England, will have a generating capacity of 1.2 gigawatts when it’s fully completed in 2020. That’s almost double the capacity of the biggest fully-operational offshore farm, the UK’s 659-megawatt Walney Extension.

At 75 miles from shore, Hornsea One is also the farthest away from the land it’s meant to provide power to. At present, 50 of the farm’s 174 turbines are operational. Unlike its not-too-far-away floating neighbors in Scotland’s Hywind farm, Hornsea’s turbines will be anchored to the ocean floor.

A 2018 report on wind energy in Europe found that the UK’s offshore wind generating capacity was 8.2 gigawatts—the largest in Europe. At the time, the US clocked in at a generating capacity of just 30 megawatts, or 0.03 gigawatts—a shockingly minuscule fraction given the two countries’ land areas and populations.

A new project announced last week will start helping close the gap, though. The New Jersey Board of Public Utilities (NJBPU) chose Ørsted of Denmark to build a 1.1 gigawatt wind farm off the coast of Atlantic City. Dubbed (somewhat un-originally) Ocean Wind, the farm will be the biggest of its kind in the US and is estimated to be done by 2024. For comparison, the only wind farm currently operating in the US, off the coast of Rhode Island, has a paltry 30-megawatt production capacity.

Ocean Wind’s 1.1 gigawatts of energy will be enough to power about 500,000 homes. The project is slated to create 15,000 new jobs and generate up to $1.2 billion in additional economic benefits.

As of May of this year, there were 15 proposals in the works for new offshore wind farms along the US east coast (and that doesn’t include projects in California, Hawaii, South Carolina, and New York).

One reason offshore wind is becoming more desirable is because its bang for the buck is growing. Improved technology means the turbines have gotten bigger, more stable, and less prone to breakdowns, all of which means more energy generation; the turbines being employed on new projects can generate triple the energy of turbines just five years old.

And they’re getting bigger still. In another significant development just this week, the world’s biggest turbine is being assembled for testing in the Port of Rotterdam in The Netherlands. Called the Haliade-X, the gargantuan turbine was made by GE Renewable Energy. It’s 260 meters (853 feet) tall (interestingly, this is almost the exact same height as the 70-floor GE building in New York City’s Rockefeller Center) and its blades extend 107 meters (351 feet, just 9 feet shy of the length of an American football field). Once it passes testing and enters production, which will happen in 2021 if all goes according to plan, Haliade-X will be able to generate 12 megawatts of power all on its own—enough for 16,000 homes.

Just as solar panels are increasingly dotting our land, then, it seems gigantic wind turbines are set to dot our seas. They’re not without controversy—opponents worry about their effect on marine life and fisheries, and no one with a sea view wants ugly turbines reminding them how man has tarnished nature’s beauty—but if the age of fossil fuels is truly to come to an end, we’ll need all the renewable energy sources we can get.