The First Complete Brain Wiring Diagram of Any Species Is Here 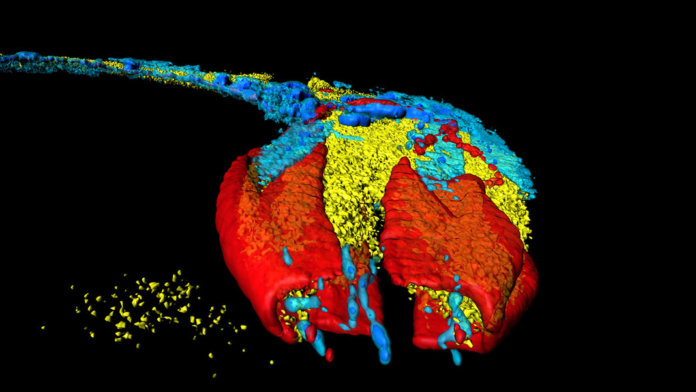 For a humble, microscopic worm with only 302 neurons, C. elegans has had a lot of firsts. It was the first multicellular animal to have its whole genome sequenced. It was also the spark that lit the connectome fire—the revolutionary idea that mapping the entirety of connections among neurons will unveil secrets of our minds, memory, and consciousness. And if the connectomists are to be believed, a map of individual brains may be the blueprint that will one day hurtle AI into human-level intelligence, or reconstruct an entire human mind in digital form.

More than 30 years ago, a pioneering group of scientists painstakingly traced and reconstructed the roundworm’s neural wiring by hand. The “heroic” effort, unaided by modern computers and brain-mapping algorithms, resulted in the first connectome in 1986.

Yet the “mind of the worm” map had significant lapses. For one, it only focused on one sex, the hermaphrodite—a “female” equivalent that can self-fertilize. This makes it hard to tell which connections are universal for the species, and which are dependent on sex and reproduction. For another, because the effort relied entirely on human beings who get tired, bored, and mess up, the map wasn’t entirely accurate. Even with multiple rounds of subsequent refinements, errors could linger, which would royally screw up any interpretation of results using these maps.

This month, another heroic group took up the baton of re-assessing the worm’s mind. Aided by modern computer algorithms, the team mapped roughly 7,000 neural connections of both sexes of C. elegans, while landmarking all synaptic locations. All the wiring data is available open source for anyone to browse.

The paper represents the first time we’ve been able to trace the entirety of the brain of a species. Although evolutionarily apart, the genes that direct neural connections in C. elegans are also those that go awry in autism, schizophrenia, and other complex neurological disorders in humans.

“Understanding how the brain’s functions emerge from the workings of neural circuits is a central pursuit of neuroscience,” said Dr. Douglas Portman at the University of Rochester, who was not involved in the study but wrote a companion piece.

“It’s a major step toward understanding how neurons interact with each other to give rise to different behaviors,” said lead author Dr. Scott Emmons at the Albert Einstein College of Medicine in New York.

Connectome efforts are fundamentally guided by a central tenet in biology: function follows form. By studying the structure of wings, for example, scientists extracted insights into flight; the lobe-like shape of lungs bred hypotheses on the mechanism gas exchange.

Back in the 1960s, a South African biologist decided to apply the tenet to the brain. The late Dr. Sydney Brenner decided that he could “tame” an animal’s mind if he could understand its structure in its entirety. He settled on the millimeter-long C. elegans—a relative ingénue in the neuroscience world—due to its simple nervous system but sophisticated behavioral patterns. Rather than a central brain jam-packed with neurons, the worm has a few hundred neurons dispersed in nuggets around the body, and their position and overall structure are identical between any two given worms. For building an “averaged” map, that’s pretty much perfect.

Brenner chopped up the worm into tiny sections, each thinner than a fraction of your hair, and used microscopes to obtain images of each section. Then—with tremendous patience and a lot of time—his team tediously aligned thousands of micrograph puzzle pieces and traced out the connections across images.

The first connectome was born. Brenner shared the 2002 Nobel Prize in Physiology or Medicine for his C. elegans research and established the worm as a central animal model for neuroscience. Since then, the worm has helped unveil genes that keep the mind young, molecules that transmit experience from parents to children, and neural circuits that drive eating, socializing, and mating.

But the effort had a glaring omission: it missed an entire sex.

The new study filled in that gap.

Using algorithms, the team not only re-assessed the hermaphrodite’s map by analyzing the original micrographs, but also constructed the male brain from scratch. Prior to their efforts, the only part of the male mapped out were synapses in the tail that control uniquely “male” traits. The nerve ring, a circular region near the head where most of the neural computation takes place, was left out.

The new map included every synaptic connection captured on the micrographs, and will likely “reveal rich, nuanced information that will advance the field in many ways,” commented Portman.

For example, the original map only showed that each synapse is present. It provided no details on location or connectivity strength. That information is now embedded in the update. And thanks to the algorithm’s sensitivity, it also identified thousands of previously overlooked connections in the hermaphrodite worm. Sophisticated network analysis theories further grouped neurons together based on their connectivity, making Connectome 2.0 not only a physical map but also one that reveals functional insights.

Although the spotlight was on neuron-to-neuron connections, the team didn’t ignore output—nerves reaching out from synapses that clasp onto the intestine, gonads, skin, and muscles.

The results are humbling. What’s especially surprising is the level of complexity even in this tiny worm, explained Dr. Paul Sternberg at the California Institute of Technology in Pasadena, who was not involved in the study. With just 300 or so neurons, the worm can feed and mate, can adapt and learn simple association to modify its needs—traits that we also have, just with much more complexity.

On the Basis of Sex

The largest wake-up call, however, was just how different the male and female species are in terms of wiring.

Most neuroscience (and biomedical) research focuses on males, partly because the female hormonal cycle complicates results—an archaic reason that’s rapidly losing steam. But because of this dated view, our understanding of human brains comes mostly from studying male subjects.

The new connectome maps clearly show that up to 30 percent of connections in worms differ in strength between the two sexes. Although the size of synapses overlap and don’t radically alter the structure of the connectome, the differences can’t be ignored. “They do raise fascinating questions about how these alterations modulate decision-making and behavior,” said Portman.

The new map isn’t perfect. Most regions were reconstructed only once, leaving room for error. A connectome is also a snapshot in time, which could reflect that particular worm’s past experience or specific traits. What’s more, the new map missed some connections seen from the previous attempt. Is it because 1.0 was wrong, or are there more connections that the algorithm couldn’t grasp?

Nevertheless, the team believes their new maps will challenge the neuroscience community to reassess previous theories and stimulate new hypotheses about our own brains. The next step is superimposing activity signals onto the connectome and matching brain activity to structure. Thanks to fluorescent dyes that track neural activity, there’s already a way to take that step.

That effort, “in turn, will bring us closer to building a detailed simulation of the nervous system, generating a virtual worm that ‘lives’ inside a computer. This is still far off; but only if we can accurately simulate and rationally manipulate a nervous system can we begin to truly understand it,” said Portman.