Undeclared Wars in Cyberspace Are Becoming More Aggressive and Automated 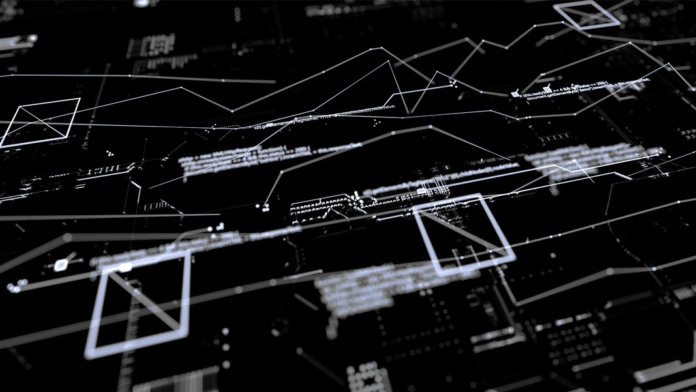 The US is at war. That’s probably not exactly news, as the country has been engaged in one type of conflict or another for most of its history. The last time we officially declared war was after Japan bombed Pearl Harbor in December 1941.

Our biggest undeclared war today is not being fought by drones in the mountains of Afghanistan or even through the less-lethal barrage of threats over the nuclear programs in North Korea and Iran. In this particular war, it is the US that is under attack and on the defensive.

The definition of what constitutes a cyber attack is a broad one, according to Greg White, executive director of the Center for Infrastructure Assurance and Security (CIAS) at The University of Texas at San Antonio (UTSA).

At the level of nation-state attacks, cyberwarfare could involve “attacking systems during peacetime—such as our power grid or election systems—or it could be during war time in which case the attacks may be designed to cause destruction, damage, deception, or death,” he told Singularity Hub.

For the US, the Pearl Harbor of cyberwarfare occurred during 2016 with the Russian interference in the presidential election. However, according to White, an Air Force veteran who has been involved in computer and network security since 1986, the history of cyber war can be traced back much further, to at least the first Gulf War of the early 1990s.

“We started experimenting with cyber attacks during the first Gulf War, so this has been going on a long time,” he said. “Espionage was the prime reason before that. After the war, the possibility of expanding the types of targets utilized expanded somewhat. What is really interesting is the use of social media and things like websites for [psychological operation] purposes during a conflict.”

The 2008 conflict between Russia and the Republic of Georgia is often cited as a cyberwarfare case study due to the large scale and overt nature of the cyber attacks. Russian hackers managed to bring down more than 50 news, government, and financial websites through denial-of-service attacks. In addition, about 35 percent of Georgia’s internet networks suffered decreased functionality during the attacks, coinciding with the Russian invasion of South Ossetia.

The cyberwar also offers lessons for today on Russia’s approach to cyberspace as a tool for “holistic psychological manipulation and information warfare,” according to a 2018 report called Understanding Cyberwarfare from the Modern War Institute at West Point.

News in recent years has highlighted how Russian hackers have attacked various US government entities and critical infrastructure such as energy and manufacturing. In particular, a shadowy group known as Unit 26165 within the country’s military intelligence directorate is believed to be behind the 2016 US election interference campaign.

However, the US hasn’t been standing idly by. Since at least 2012, the US has put reconnaissance probes into the control systems of the Russian electric grid, The New York Times reported. More recently, we learned that the US military has gone on the offensive, putting “crippling malware” inside the Russian power grid as the U.S. Cyber Command flexes its online muscles thanks to new authority granted to it last year.

“Access to the power grid that is obtained now could be used to shut something important down in the future when we are in a war,” White noted. “Espionage is part of the whole program. It is important to remember that cyber has just provided a new domain in which to conduct the types of activities we have been doing in the real world for years.”

The US is also beginning to pour more money into cybersecurity. The 2020 fiscal budget calls for spending $17.4 billion throughout the government on cyber-related activities, with the Department of Defense (DoD) alone earmarked for $9.6 billion.

Despite the growing emphasis on cybersecurity in the US and around the world, the demand for skilled security professionals is well outpacing the supply, with a projected shortfall of nearly three million open or unfilled positions according to the non-profit IT security organization (ISC)².

UTSA is rare among US educational institutions in that security courses and research are being conducted across three different colleges, according to White. About 10 percent of the school’s 30,000-plus students are enrolled in a cyber-related program, he added, and UTSA is one of only 21 schools that has received the Cyber Operations Center of Excellence designation from the National Security Agency.

“This track in the computer science program is specifically designed to prepare students for the type of jobs they might be involved in if they went to work for the DoD,” White said.

Indeed, humans are often seen as the weak link in cybersecurity. That point was driven home at a cybersecurity roundtable discussion during this year’s Brainstorm Tech conference in Aspen, Colorado.

Participant Dorian Daley, general counsel at Oracle, said insider threats are at the top of the list when it comes to cybersecurity. “Sadly, I think some of the biggest challenges are people, and I mean that in a number of ways. A lot of the breaches really come from insiders. So the more that you can automate things and you can eliminate human malicious conduct, the better.”

White noted that automation is already the norm in cybersecurity. “Humans can’t react as fast as systems can launch attacks, so we need to rely on automated defenses as well,” he said. “This doesn’t mean that humans are not in the loop, but much of what is done these days is ‘scripted’.”

The use of artificial intelligence, machine learning, and other advanced automation techniques have been part of the cybersecurity conversation for quite some time, according to White, such as pattern analysis to look for specific behaviors that might indicate an attack is underway.

“What we are seeing quite a bit of today falls under the heading of big data and data analytics,” he explained.

But there are signs that AI is going off-script when it comes to cyber attacks. In the hands of threat groups, AI applications could lead to an increase in the number of cyberattacks, wrote Michelle Cantos, a strategic intelligence analyst at cybersecurity firm FireEye.

“Current AI technology used by businesses to analyze consumer behavior and find new customer bases can be appropriated to help attackers find better targets,” she said. “Adversaries can use AI to analyze datasets and generate recommendations for high-value targets they think the adversary should hit.”

In fact, security researchers have already demonstrated how a machine learning system could be used for malicious purposes. The Social Network Automated Phishing with Reconnaissance system, or SNAP_R, generated more than four times as many spear-phishing tweets on Twitter than a human—and was just as successful at targeting victims in order to steal sensitive information.

Cyber war is upon us. And like the current war on terrorism, there are many battlefields from which the enemy can attack and then disappear. While total victory is highly unlikely in the traditional sense, innovations through AI and other technologies can help keep the lights on against the next cyber attack.